Hockey teams facing a shortage of goalies, who need specialized skills and can't be replaced by just any player, are turning to new technology. 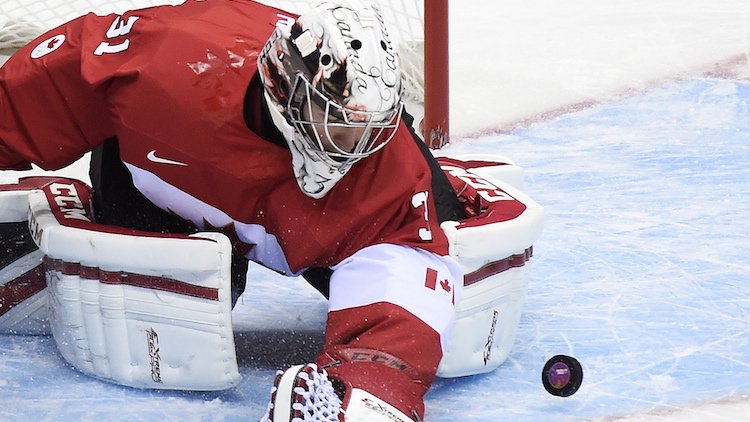 MONTREAL — His netminding skills may not rival those of the Montreal Canadiens’ Carey Price, but Jacques Gravel has saved many a hockey game.

And at about $40 a game, Gravel comes considerably cheaper than Price, who commands an eight-year, $84-million contract.

Gravel is one of the growing number of goaltenders offering his services on GoalieUp — a website and app that connects local goaltenders with hockey teams looking for a last-minute fill-in ahead of game time.

The 51-year-old says renting himself out as a goalie helped to keep him afloat during a nine-month bout of unemployment a few years ago.

“I was running from one rink to the next, averaging a game or two every single day,” he said.

“During that period it was something that kept me going.”

But while the extra money can come in handy, Gravel says his love of the game and a desire to help other players out are by far the biggest motivator.

“I love to play and I’ve never met a bad bunch of hockey players,” he said.

“When the goalie shows up in the dressing room, they’re thrilled — you’re the star of the team and very much appreciated.”

The app was created by Montreal-area goalie Mark Manning, who got the idea of renting himself out as a substitute goaltender when he was an unemployed student.

What began as a texting service for Montreal goalies seven years ago has now grown into an app that includes about 2,000 netminders across Canada and beyond, including 700 to 800 in the Montreal area.

While many leagues keep lists of available goaltenders, entrepreneurs such as Manning are using technology to create a convenient solution to one of the game’s perpetual problems.

Manning said many leagues face goaltender shortages, largely because of the physical and mental challenges that come with the role.

“It’s not just standing in front of a puck,” he said in a phone interview. “You have to be mobile, to be flexible, there’s a whole bunch of things, including the cost of equipment.”

Teams who use the app are charged $40 for the first hour, which includes a booking fee and a cash payment to the goalie.

Netminders are paid more if the game goes longer, plus an extra $10 for a late-night or last-minute request.

While most of the requests are for beer league games, Manning says he’s provided goalies for a private backyard tournament and even an event at Montreal’s swanky Queen Elizabeth Hotel, where two goalies were asked to take shots from businessmen at a corporate event.

Niki Sawni, who runs another goalie rental app out of Toronto, says the demand for goalies stretches all across Canada.

Puck App, which he founded in 2015, books goalies for between 200 and 250 games a month across Canada, with Ottawa the biggest market.

Both GoalieUp and Puck App take requests from teams and send notifications to appropriately skilled goalies in the area, who respond to say whether they’re interested.

While Manning prefers to assign the goalies himself to ensure a fair rotation, Puck App gives goalies who have received positive user feedback the first chance to play, and then automatically assigns them on a first-come basis.

Puck App also has slightly different pricing for different cities, which reflects the higher price of parking and ice time rental in some cities, according to its founder.

Sawni believes the goaltender shortage is unique to Canada’s national sport, largely because of the specialized skills required of those who stand between the pipes and face down speeding rubber pucks.