Uber wants in to public transit. Cities should proceed with caution.

The ride sharing service's new deal with Innisfil, Ont. points to its future-proofing strategy, but municipalities need to think hard before partnering up 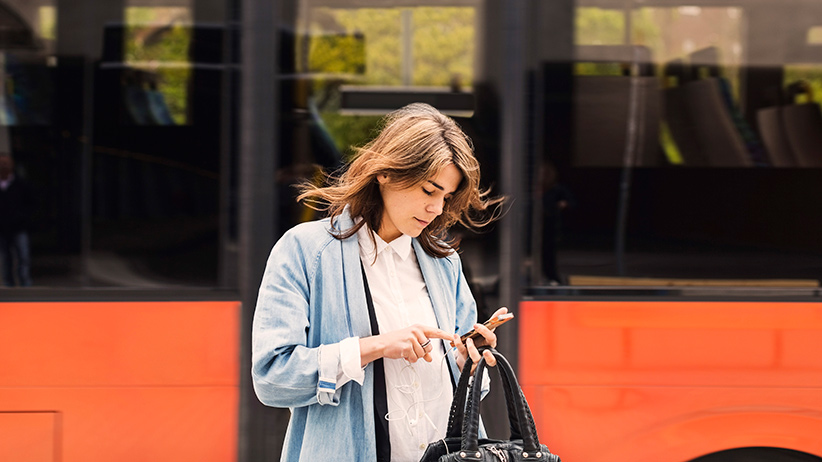 Uber is enjoying a string of good news stories in Ontario.

Back in March, the company was announced as one of the “platinum” backers of the new Vector artificial intelligence institute launching in Toronto, which is part of a larger plan to make the province a global hub for A.I. research and development.

On May 8, Uber announced it plans to open a self-driving car research group in Toronto, headed by University of Toronto assistant professor Raquel Urtasun. The work she’s been doing “focuses on developing the software that allows self-driving cars to ‘see’: recognizing objects so they can navigate the world smoothly and safely,” Uber CEO Travis Kalanick wrote.

And then on Monday the small town of Innisfil, Ont. became the first in Canada to subsidize Uber rides as part of a plan to provide transportation services along specific routes to people who might otherwise outside the reach of public transit. Along those routes, residents will pay a base fair – $3 to $5 – and the city covers the rest, if necessary. The city also offers to cover $5 of non-routed trips residents might want to take within the city’s boundaries. Innisfil concluded that expanding bus service to some areas might cost as much as $1 million; subsidizing Uber, on the other hand, might cost as little as $175,000 over the course of the six-month pilot project.

Of course, the first two news items are directly related to the third: Some day, the ride-share cars that make up for gaps in public transit won’t be driven by locals – either those looking to make some extra cash, or those for whom it’s a full-time job. Instead, those connecting routes might be staffed by autonomous vehicles.

But why does Uber, a disruptive tech company, want to attach itself to something as archaic as public transit?

Uber knows that when it comes to driverless vehicles, it will have a lot of competition. This February, Waymo, Alphabet’s autonomous car unit, filed a lawsuit alleging that one of its former employees stole trade secrets and took them to Uber. (Some of its claims were later dropped.) In the (near) future, both the frequency of these kinds of patent dust-ups and the accusations involved are likely to intensify. But the thing to remember is that Uber is not a company that makes things. Unlike Alphabet (Google’s parent company) or Tesla or Ford or General Motors or even Apple, Uber’s product is just an app. While Uber is currently testing driverless cars, what it’s really testing is the driving software.

This is cutting edge stuff at the moment, but it could still leave Uber in a precarious position.

“If these tech and car outlets all create cars that can drive by themselves, what role does Uber or Lyft [Uber’s main competitor in the rideshare universe] play in that transaction?” Nick Bilton asked in Vanity Fair last year.

That is to say, were it to remain just a platform to connect people with drivers, Uber would lose market share, eventually, to companies like Google or Apple, who could conceivably make that experience much easier given their combined mobile platform dominance. You might not need a separate rideshare app—your phone, knowing your schedule, could arrange for an Apple or Waymo car to come pick you up automatically.

RELATED: Why Uber’s manipulation of drivers is so wrong

That would leave Uber hoping that it remains popular, or that other companies integrate it with their car networks rather than build their own consumer-facing products. Still, even if Uber “could offer to connect cars to passengers… in doing so, they will likely want a cut of the revenues that the carmaker gets from each transaction. It doesn’t take an insider at Apple to know that Tim Cook probably wouldn’t want to give Uber 20 per cent of Cupertino’s car profits,” Bilton wrote.

Is this why Uber is latching on now to public transit? Early adoption could, conceivably, make it indispensable to governments all over the world. It may be that, when autonomous vehicles are finally the norm and the competition over riders heats up, Uber wants to have arrangements like the one in Innisfil already in place. In that scenario, Uber will survive despite not making cars—all it has to do is make the software for cars that cities want to buy.

Partnerships like the one Uber has with Innisfil also potentially create a new customer base: people who would normally not take an Uber due to its price, but now, thanks to the partnership, can afford it.

Eventually, if Uber’s partnerships with city transit continue and expand, it will create a second tier of “public” transportation: one that sticks to designated routes, but is a step up from the bus or subway and a step below a more traditional Uber ride.

This scenario creates all kinds of issues that cities like Innisfil, or Toronto, or anywhere else, must consider before entering into these agreements. For example, will the private companies they’re partnering with address the range of accessibility issues that public transit is obligated to? In an indication that Uber is ill-equipped to accommodate those who need mobility aids in cars, Innisfil offers a similar subsidy for people who use the local, regular taxi service.

More pressing, however, is what would become of the lowest tier: traditional public transit. Who will pay for it? More specifically, who will want to pay for it? Currently, many citizens are willing to have their taxes go to buses and subways because even if they’re relatively financially comfortable, they still use those services – to get to work or to concerts or sporting events.

But if there were a more comfortable, private, perhaps cleaner alternative that not only filled in transit gaps but offered better routes, all for a bit more money, would people still feel the same? Would the argument for a truly public transit system still hold? Fewer riders for the old-style public transit system would mean lower revenues, leading to degrading infrastructure. Rather than pay for the upkeep on buses and trains as well as for salaries for their many employees, cities might look to cut their losses and either expand the cheaper subsidy option, leaving publicly-funded transit covering only a fraction of the grid it once did, or get out of the transit game entirely, leaving it to private companies to handle. As services are cut, the poorest tier of transit users would either have to use a decaying, even more underfunded system, or may not have a transit option at all.

Most worryingly, cities might not have the chance to ponder the question of where this all leads—once the partnership begins, the market may decide things for them.

It’s not hard to see the collapse of public transit as a nightmare scenario. But classes of public transit? Uber currently operates a carpool service. In 2015, Uber tested UberHop, a $5 fixed-route service in downtown Toronto. Stratification of public transit is not some faraway dystopian future—it’s already happening.