What if Elon Musk is right? What if none of this is real?

What are the consequences of the possibility that our world is the product of millions of computer simulations? Can it get us out of chores? 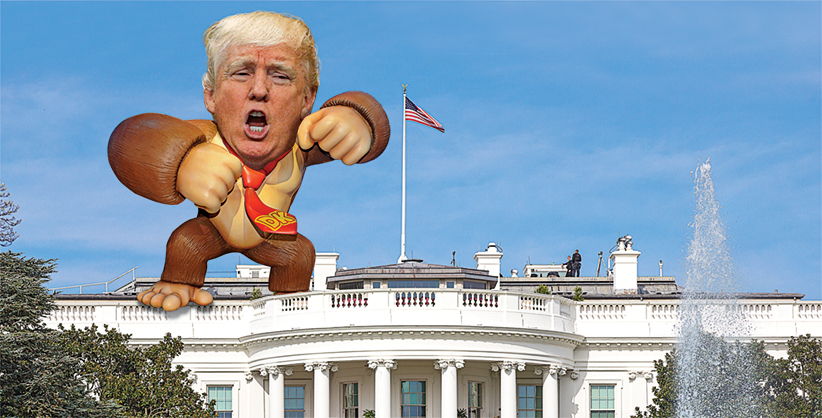 This just in: You’re not real.

Turns out that maybe none of us is real. According to Elon Musk, the billionaire inventor behind Tesla cars and the SpaceX project, it’s highly likely we are merely characters inside a computer simulation created by an advanced civilization. The downside: Everything we have ever felt, touched or experienced is a synthetic hoax that never really existed. The upside: so is Bono.

Musk’s belief is rooted in the pace of progress. In less than 50 years, video games have gone from Pong to realistic virtual reality. Imagine what will be possible within a century, or two, or 10. Ultimately, there will be one reality—but billions of devices capable of simulating reality. Musk’s conclusion? There’s only a “one in billions” chance that we’re not living inside some future kid’s xBox 3000. Fingers crossed he doesn’t get called to dinner.

This theory is unsettling on a number of levels. For instance, there are millions upon millions of potential simulations—and somehow we ended up in the same one as Ezra Levant. But Musk’s thesis does make some sense. Given the capability, it would be logical for future humans to recreate the past to witness, say, the hardships of life in the 12th century—or how many thousands of times it would take Zack Snyder to make a version of Batman v. Superman that doesn’t suck.

There have been hints all along that humanity has been living in a video game. The gratuitous violence, for instance. Or the fact that Donald Trump’s temperament is eerily similar to that of Donkey Kong.

Let’s explore some of the questions raised by Musk’s theory:

Is this just a way for Elon to meet girls? Probably not. Although . . . “It’s 2 a.m., this bar is closing and our known reality is the algorithmic plaything of futuristic beings. Might as well make out in an Uber.”

How closely is our simulated world monitored? Are we ignored? Are we used for entertainment? Are the children of the year 3016 forced to write reports explaining why we keep rebooting Spider-Man? It’s kind of embarrassing to think that super-intelligent members of an advanced civilization recently watched me not notice my underwear was on backwards all morning.

How are we doing as a fake society? As Musk points out, no advanced civilization would stop at creating just one simulation—there are probably billions. What if we live in one of the worst?

Think about it: We’re so proud of having invented the rocket ship, the super computer, the Swiffer. But what if we’re the laughingstock of the robot hive mind that programmed us? Check it out: these idiots still can’t play Candy Crush with their thoughts!

In other simulations, people have likely evolved beyond the base urges to acquire territory, wealth and power. Meanwhile, we still devote 80 per cent of our mental energy to inventing new hamburgers. It’ll be so humiliating if the other fake humans find out.

Do those who create simulations get to walk among us, like in virtual reality? Perhaps Musk himself is the one who built our simulation. And now he’s in here messing with our fake minds and trying to prank us into paying $100,000 for a car that needs to be plugged in every five minutes.

Can we “overcome” the rules of the simulation, like Neo in The Matrix? Let’s see:

Wife: It’s your turn to drive the kids to soccer.

Me: [Bends back impossibly and in slow motion.]

What does this mean for the afterlife? What happens when we “die?” Is our consciousness recycled? Or is there a simulated heaven? If so, can we maybe tweak it so there aren’t so many harps?

Is there an upside to not existing? If everything we’ve ever known is a lie and everyone we’ve ever loved is nothing but ones and zeroes, there’s really no point in me accepting your LinkedIn request, Jerry.