Romney vs. Obama: Round 2

Could the stakes possibly be higher in a presidential debate? 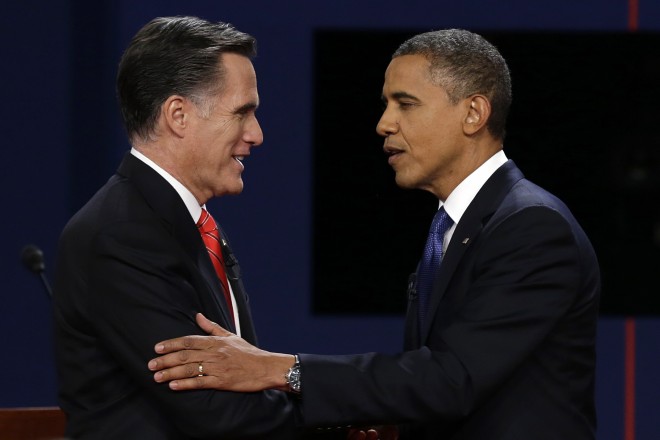 Could the stakes possibly be higher in a presidential debate? The polls keep tightening and the president has largely cleared his schedule to hunker down in Williamsburg, Va., to prepare.

Tuesday night’s townhall style is one with which Obama has had a lot of experience. But with the momentum on his side, Romney only needs to not screw up — while Obama needs to impress. In the first debate, there seemed to be more time spent discussion what Romney would do in the next four years than what Obama would do. The president has an opportunity to change that.

It will be interesting to watch CNN’s Candy Crowley press Romney on the math of his tax cut and military spending plans, and to question Obama on his administration’s handling of the deadly consular attacks in Libya.  If anyone can get them off their talking points, Crowly can. The debate runs 9-10:30 pm ET.

Yesterday, Paul Brandus (@WestWingReport) and I discussed the VP debate and looked forward to Tuesday’s presidential debate on CBC with Nancy Wilson: