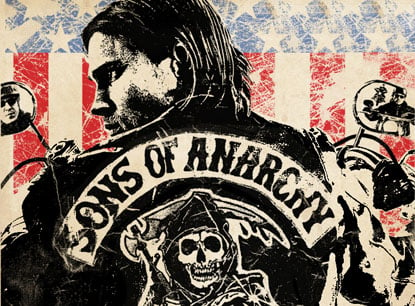 I don’t think this is a golden age of TV drama. For one thing, I don’t believe in golden ages as a general rule. For another thing, I think there are other eras that have a claim to be as good as the ’00s or the current period, if not necessarily better — particularly in terms of sheer variety. (Even with cable, the good dramas often seem to cluster around certain rules for tone, style and particularly story structure.) But it certainly is a golden age for shows that are taken seriously enough to be the subject of in-depth critical discussion. This is partly due to the internet, of course, but when the internet first got popular, TV discussion was to some extent dominated by fandom: people who liked (or even hated) a particular show gathering to talk about it. Such discussion could, and often did, include episode reviews and in-depth discussion, but there wasn’t exactly a TV critical community per se.

Now, with the decline of newsgroups and the lower profile of individual TV show fan clubs (they’re there, but you don’t hear about them as much as you did about, say, the Buffy fans of the ’90s), much online TV discussion revolves around TV in general, or at least more than one show: people who a decade ago might have picked one show to focus on are instead talking about several. Some of this is about TV criticism migrating from newspapers to the internet, but some of it has to do with the emergence of the individual episode review as the main unit of television discussion. Many of these reviews are still referred to as “recaps,” which Myles McNutt, one of the best-known online TV critics, has been trying to change. But while the term “recap” is now inaccurate, it reflects the fact that most individual-episode discussion used to be looser and less analytical, something like the Television Without Pity pieces where the writer would — literally — recap the story of the episode while throwing in snarky comments. Now each episode of a show is discussed as if it’s the latest book in a never-ending Lord of the Rings series; there’s an amount of in-depth criticism of, say, Mad Men episodes that even The Sopranos didn’t get in its prime.

Not only has there been a welcome explosion in the number of online TV critics, both professional and amateur, but they’re congregating around more shows (particularly in the drama field) than ever before. The semi-decline of HBO, and the rise of other networks as a competing force for Appointment Television, has made it possible for almost every network — whether broadcast or cable — to have a couple of shows that fit the criteria for online critical favourites. (These include, but are not limited to, ongoing storylines that provide room for argument about what’s going to happen to characters and what the next twist will be; some kind of grounding in a particular genre, but with a twist on its own genre so it doesn’t just seem like another mystery/spy show/soap.) If you look at the shows that The AV Club will be covering this fall, the thing that’s most fascinating is just that this is a long, long list, even though it leaves out a bunch of very popular shows.

As I said, I don’t personally think the number of great shows is at an all-time peak. (FX is certainly doing well in generating buzz for its shows, but except for Louie and the gripping Sons of Anarchy — which returns tonight — I find that many of their shows apply a coating of “edge” to stories that would work better without the FX brand beating down on them; Sons of Anarchy works because it’s a show perfectly calibrated for that brand, but some of their shows are as obviously compromised as any network show that is forced to be lighter and sweeter.) But the number of critically respectable shows is definitely at an all-time peak. Small cable networks like AMC make shows that they specifically think critics will like, since they need critical buzz to stay alive; I don’t personally think Rubicon is a good show, but it has been injected with everything a show needs to be discussed as a good (or potentially good) piece of television. Even a provider of lightweight fun like USA makes sure to put high-class elements into most of its shows, so we won’t be mistaking them for disreputable, disposable entertainment. Almost every drama features the serialized elements that lend themselves to modern TV analysis, so that critics can discuss where the characters have been and where they’re going, rather than just talking about the episode. During most eras of television, critics tended to try and identify the few “quality” shows in what was considered a Vast Wasteland otherwise. Now it’s reversed; not all shows are considered great, but the shows that have the signifiers of Quality may actually outweigh the ones that don’t.

The big, glaring exception to the new critical respectability, as that AV Club link notes, is the straight-ahead murder mystery — well, they’re called “procedurals” now but I’m going to just call them by the old name. Though I’ve stuck up for NCIS at times, I don’t watch that show nearly often enough to review it (and I personally don’t feel inclined toward the episode-review format, though I certainly love to read the work of many people who do) or even to consider myself a fan. But do feel like there’s a bit of a hole in the critical community that shows like these aren’t discussed all that often. Not because they’re popular, but because there’s actually some validity in the approach they use — essentially, to have certain rituals and patterns that occur week after week, and build viewer loyalty to the characters not through development but through subtle variation. (This probably should be another post, but I think one reason why shows with unchanging characters are often the most popular is not just that they’re comfort food, but that they may strike viewers as more true to life: the amount of change characters go through on Breaking Bad is quite extreme, while the premise that people do more or less the same things most of the time is the way most people really live their lives.) One show that managed to use that approach and break through to critical respectability was House, Fox’s canny variation on the modern mystery format, a show that had the same plot every week and, like most successful shows in that vein, kept audiences guessing about what the slight twist on the formula would be this time around. But apart from that, there’s not a lot of talk about the aesthetic of the so-called procedural and how it gets the audience invested in the characters and themes.

This is not said to chide critics for not covering those shows. (If I, a real booster of the episodic format, am not reviewing those shows, I don’t see why serially-inclined critics should force themselves to say something different each week about episodes that are more or less the same.) Just that while I’ve been able to learn a lot about serial and semi-serial shows thanks to the great work of online critics, there are certain types of shows that are a bit mysterious to me. That’s why I’m going to try and search through The Google to see if I can find some amateur critics who do good, in-depth reviews of the NCISes and CSIs and the like; they’ve got to be out there.

Though I think that in the case of some of these shows, the gap in criticism is filled by that old standby, fandom: much discussion of your CSI-type shows seems to take place on message boards and the like, where fans congregate to discuss their favourite characters, when the show went downhill and whether it can get back on track, and so on. It may just be that these shows lend themselves better to fan arguments than criticism, since their impact is cumulative (watching enough episodes to notice the little variations on the formula) and somewhat inaccessible to people who don’t watch regularly. Paradoxically, it’s easier for newcomers to get the appeal of Sons of Anarchy, because even if you aren’t aware of all the twists that have taken place in the past, the spectacular and shocking twists will still play as spectacular and shocking (you may not know why they’re supposed to shock, but you’ll sort of get that they are). But the episodic formula shows seem to play much deeper for people who are devoted fans than for people who aren’t.