On Tuesday night, Hall & Oates received the BMI Icons award at the 56th Annual Pop Awards in Beverly Hills. The duo was praised for exerting “unique influence on generations of music makers.” As you can see, Daryl Hall and John Oates were both present at the ceremony – but Oates’ moustache was a no show. The effect was stunning. It was like seeing the members of KISS without their makeup or Charlie Sheen without an STD. 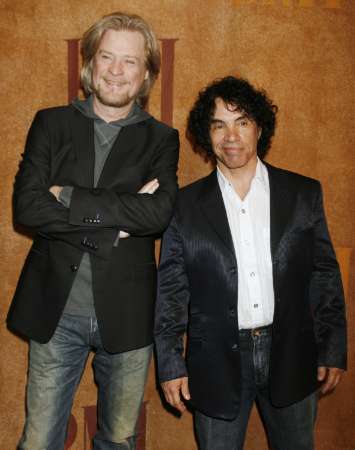 I don’t know how long it’s been since Oates shaved it off – and I don’t care to know. For me, the pain is fresh. The wound is deep. And the poem that ensued is rhymey…

By John Hughes movies
By the pursuit of cash,
Prince songs good and bad,
And John Oates’ moustache

No one really knew
What Oates did in the duo
Hall sang all the songs
Oates chimed in with “ooooo” and “ohhhh.”

Hall was tall, he was blond
He could sing in falsetto
But John Oates’ soup strainer
Helped fill up his bed-o

Yet now when we gaze
Right below the Oates nose
There is vacant terrain
Clearcut and bulldozed! 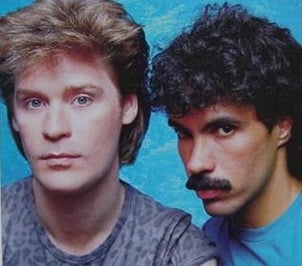