A tale of Tory, tories and the Torah

Why John Tory's apparent pandering to the Jewish community is not only ineffective, but also harmful 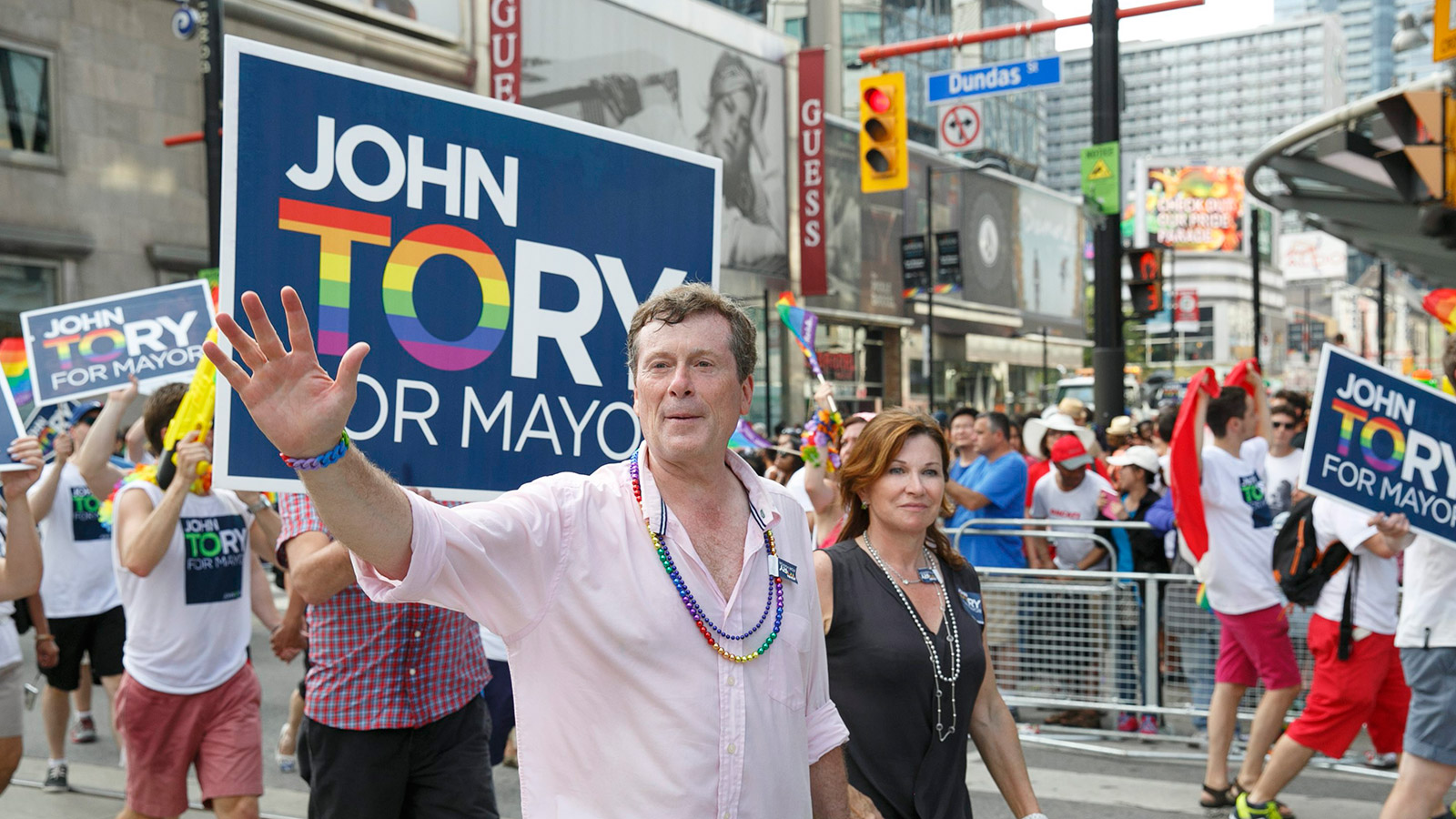 If—and when, we hope—Toronto Mayor Rob Ford recovers from liposarcoma, the rare cancer that’s resulted in his removal from the city’s mayoral race, it’s unlikely he will begin attending Toronto’s gay Pride parade. The mayor is a perpetual no-show at Pride, one of Toronto’s biggest summer tourist draws, as is his older brother Doug. One of the first things Doug did after replacing his brother on the election ballot was reject an invitation from ProudTOvote—an LGBT organization focused on civic engagement—to participate in a debate about issues affecting the gay community.

But there is a back-handed advantage to the Ford approach to gay Pride, a silver lining to their homophobic black cloud: Not caring about Pride meant they rarely interfered with it (except to bemoan the abundance of bare bums at the event).  That was left to former Ontario Conservative party leader John Tory, currently leading the polls among mayoral candidates. Speaking just before the LGBT-issues debate at Ryerson University on Friday, Tory told the Friends of Simon Wiesenthal Center for Holocaust Studies that, if elected, he’d consider de-funding Pride if organizers let Queers Against Israeli Apartheid march again next year. QuAIA, a small but vocal group that boycotts Israel, is a political-correctness joke incarnate: gay-rights activists who vilify the only nation in the Middle East that doesn’t imprison and torture homosexuals. I’m not particularly fond of QuAIA, as it happens, but they’re not nearly offensive enough to justify a ban; if they were called Queers Against Zionist Puppet Masters, Tory might have a point. But Queers Against Israeli Apartheid is less racist than illogical. Besides, banning the group that Tory referred to as “a little band” would only increase their visibility and give them a credibility their ideology doesn’t deserve.

To complicate matters, when Tory was asked at the debate to identify world cities he considered to be leaders in gay rights, he included, along with San Francisco and Toronto, Tel Aviv, which was unnecessary and arguable. Tel Aviv itself is an extremely gay-friendly city, and probably the only gay-friendly city in the Middle East, but it’s situated in a country in which only religious marriage, not civil, exists, which disqualifies same-sex marriages. (Israel does recognize gay-marriage licences from other jurisdictions.) Tory may very well have been earnest and not cynical in his desire to correct a perceived injustice, but, to quote countless generations of my forebears, “Was it really good for the Jews?” Which is to say, the comment polarized the room and made the anti-Israel activists there livid—and for what? To show that he was an ally of the Jewish state? We already know the Conservatives are pro-Israel. This apparent pandering to the Jewish community is not only ineffective in this context (Israeli politics isn’t high on the minds of most Toronto municipal-election voters), it’s also harmful because it injects Israel and, by extension, Jewish people into political discussions in which they don’t belong. And it fuels hostility on both sides. 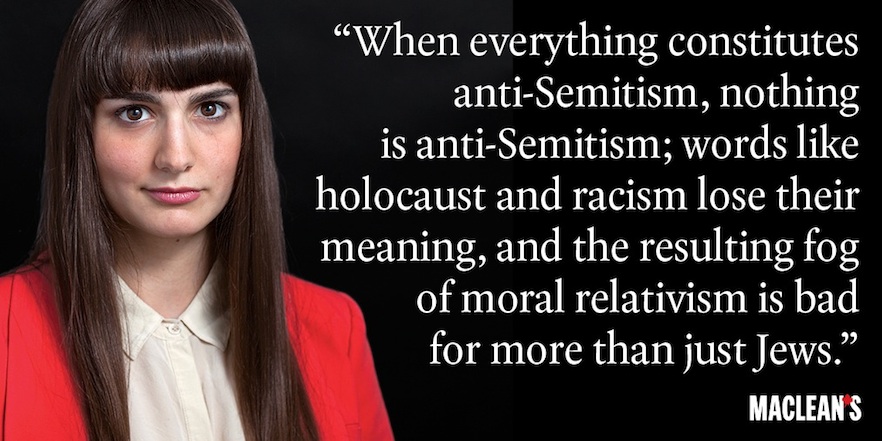 In a larger context, the Tory Pride comments are a microcosm of a fallacy to which well-meaning conservatives who support Israel’s right to exist are prone. I’ve mentioned before that Prime Minister Stephen Harper’s ongoing defence of Israel, genuine though it appears to be, is so automatic and unreserved, it can be, for someone who’s Jewish, almost a bit creepy. No Israeli I know is as one-sided in his analysis of his homeland. Usually, when you live in a place for a while, you have at least a few critical things to say about it. (I love Toronto, but I don’t like T.O. fixtures Rob and Doug Ford.) Conservatives love to deride knee-jerk liberals who can’t take a joke—the kind of liberals in whose company you dare not make off-colour remarks about sexuality or ethnicity. But conservatives are equally skewed by their own PC touchiness. Their breed simply takes a different form: Israel these days is one of their sacred cows, an object of their guaranteed optimism and goodwill. By this formula, Tel Aviv isn’t allowed to be just a gay-friendly city; it has to be one of the most gay-friendly cities in the world. Israel can’t just be an admirable, resilient country with flaws, it has to be, in its current form—in every form—irreproachable. To suggest that Israel can act immorally is to reveal your true colours: that you’d rather it didn’t exist.

These are false equivalencies, and they put Jews like me in an awkward position—the position, for instance, of having to defend the QuAIA (which I wish would disappear) from John Tory (for whom I’ll probably vote). When everything constitutes anti-Semitism, nothing is anti-Semitism; words like holocaust and racism lose their meaning, and the resulting fog of moral relativism is bad for more than just Jews. And so, Mr. Tory and attendant candidates running for office, if we’re not part of the story, please leave us alone.