A tale of two pigs (or three, actually)

What I love about my job is the variety of people, and sometimes animals, I get to meet and photograph. For Rebecca Eckler’s story on domesticated pigs, I photographed two families with two different circumstances. Julie Chen and her family have ‘Henry’, a micro-mini pig who, along with their dog Betty, is considered a pet. Young Henry moves fast, so half the time I was running flat out to keep up with him. (And the thing with animals of this size is you have to get down to their perspective, otherwise you’re always shooting their backs.) Susan Morris runs ‘Snooters’ an animal sanctuary an hour outside of Toronto. Morris has a number of rescued pigs that roam both her hobby farm and her house. The pigs from Snooters are older and it was difficult getting them to do anything other than lie on the floor and sleep, which I can understand because in human years these two would be positively geriatric. 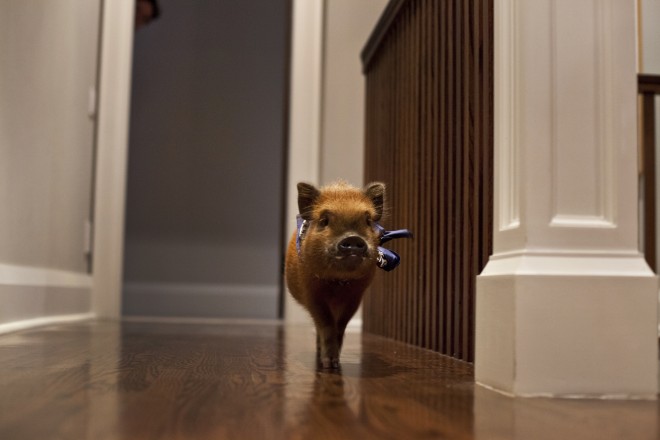 Henry is a micro mini pig who lives with Jill Chen and her family in Toronto. 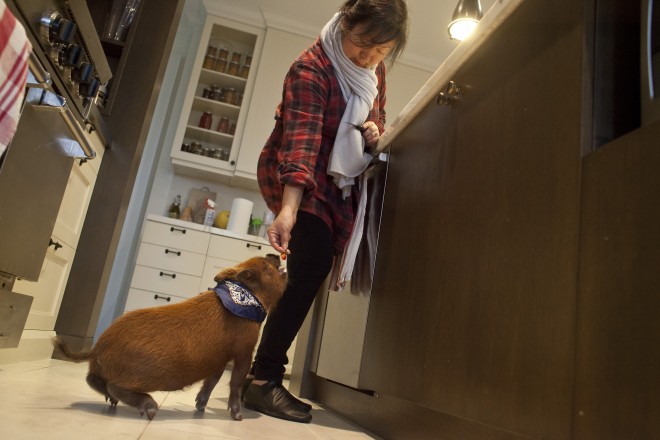 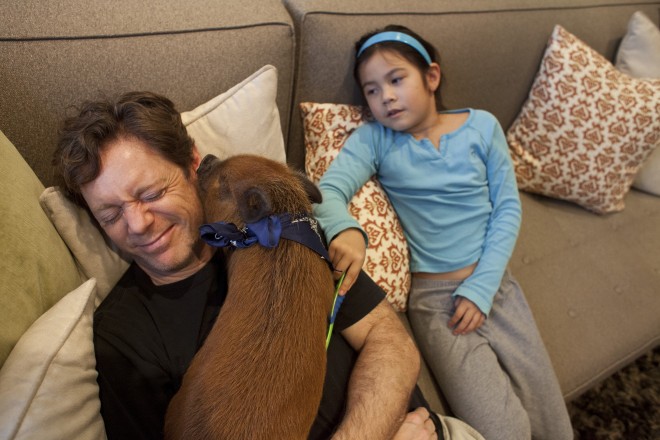 Kevin Hewitt gets an earful from Henry while daughter Georgia looks on. 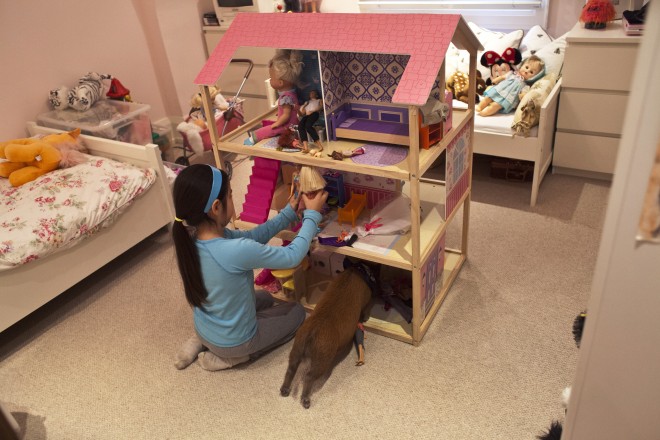 Henry is a frequent guest in Georgia's dollhouse. 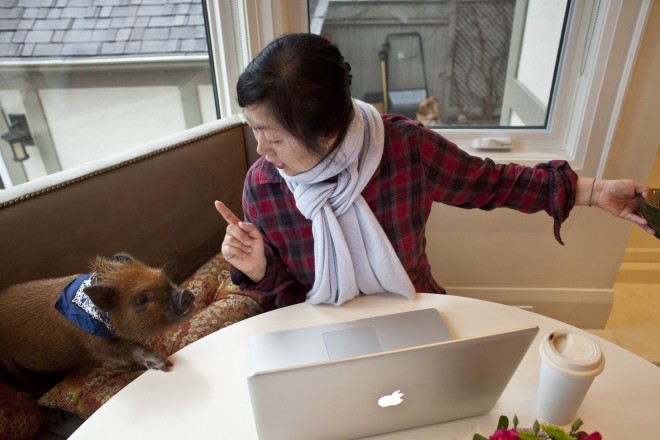 Henry is not allowed on the kitchen table. 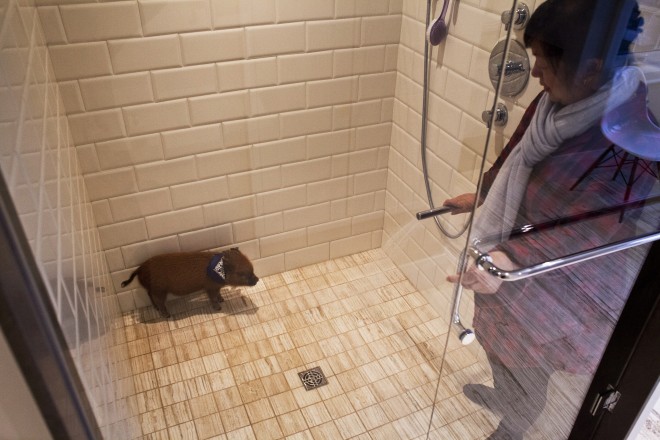 Henry was litter trained by the breeder, but Chen taught him to use the walk-in shower in the master bathroom. "With my dog, we go for a walk. With Henry, he relieves himself in the shower." 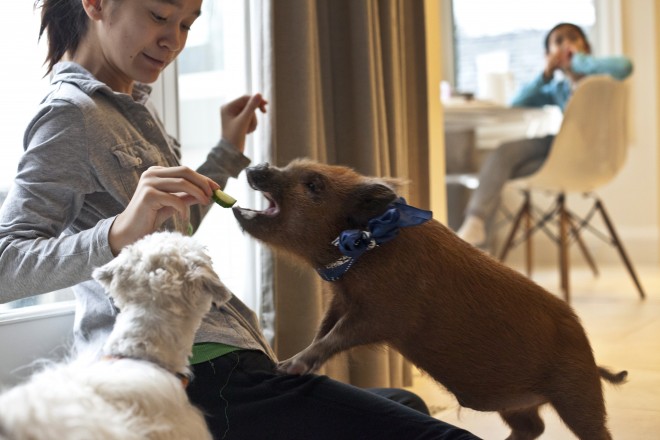 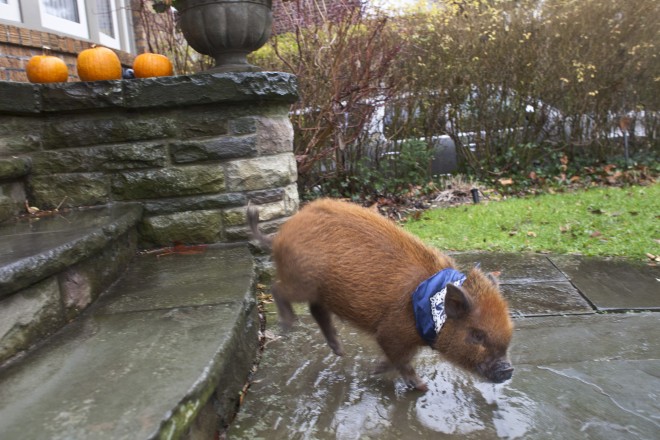 Henry negotiates the steps outside the house. 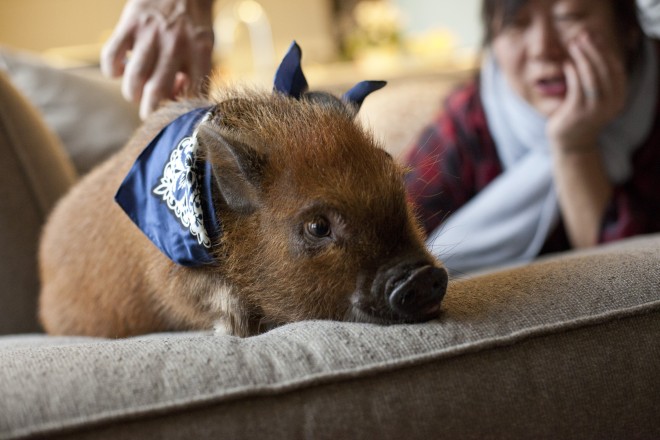 The family gathers around their pet pig. 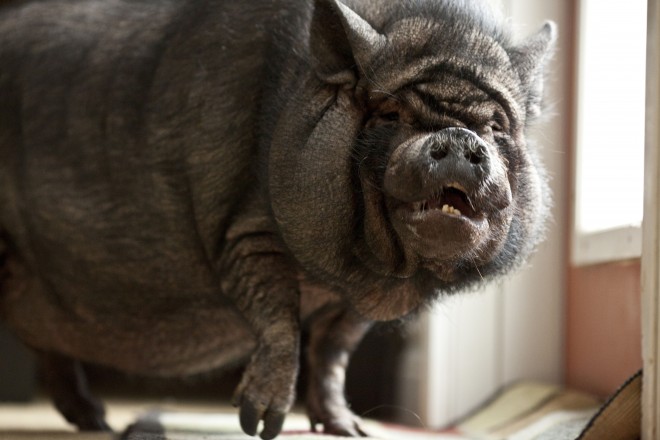 Belle is 6-year-old pot-bellied pig who lives with Susan Morris and her family at 'Snooters' an animal sanctuary in Zephyr, Ontario. 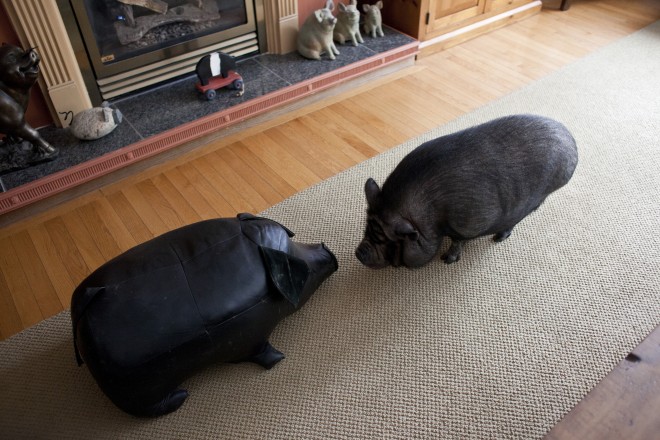 Belle is surrounded by pigs, both real and decorative. 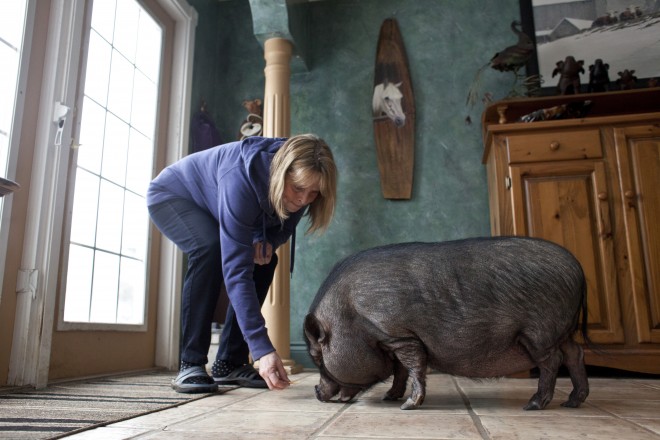 Belle was born after Susan Morris bought its mother at an auction. 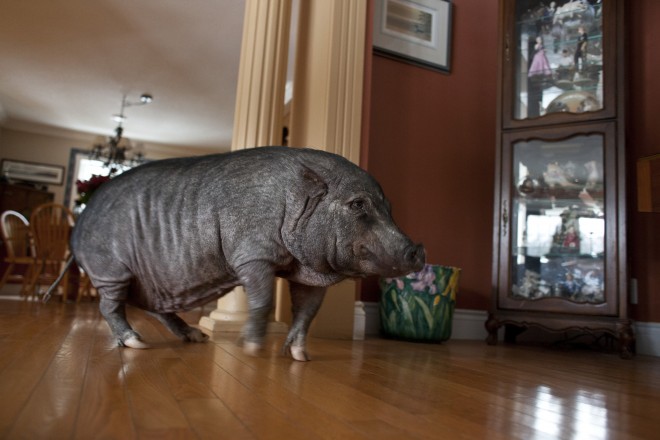 Allie is a 13-year-old rescued pig.