A Time For Immaturity

I said my say about the Archie gay character, and why it’s a good thing, in a previous post. Brigid Alverson has an article in Publishers’ Weekly on how this move fits in with the many other aggressive moves the company is making to become relevant across a multi-media spectrum. A comic book company, in this era, can’t survive on physical sales of comic books alone. If Archie can’t get the movie and TV spinoffs that have eluded it for decades, it will have trouble staying around — and the increased publicity it’s getting are presumably going to be helpful in convincing movie and TV producers to look at their properties. So it’s not just the character that matters, though it certainly does matter; it’s that the introduction of the character gets people talking about them, and that gives them a boost in marketing their established characters in other media.

But having said that, I haven’t quite run out of panels that, taken out-of-context, can make one snicker immaturely. So, after the jump, here are some Archie comics panels that prove that Kevin Keller is not as big of a breakthrough in Riverdale as he thinks he is. And don’t worry, I promise not to make this a regular feature. I just couldn’t resist doing this just once. Also, I have chosen to identify who the artists are after each panel, not because it matters but because they didn’t get credited in the original comics, and somebody’s got to write their names down. 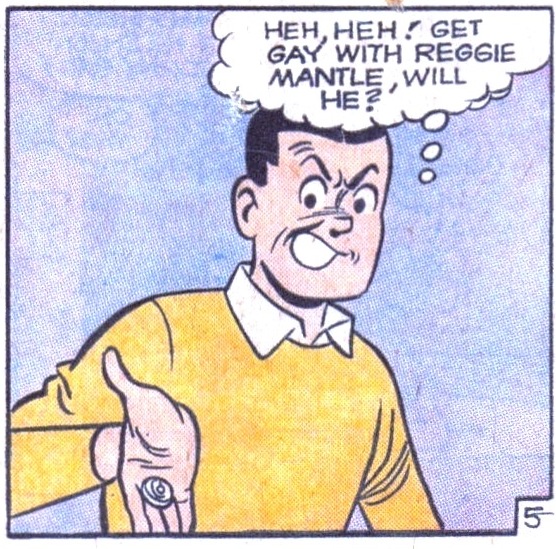 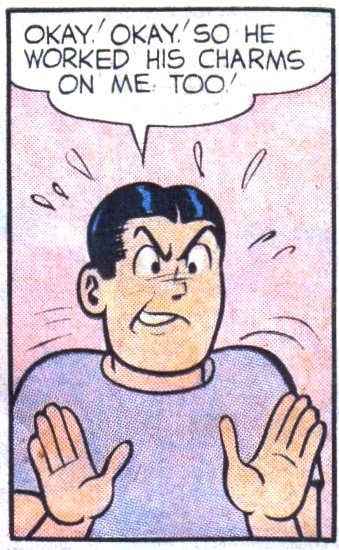 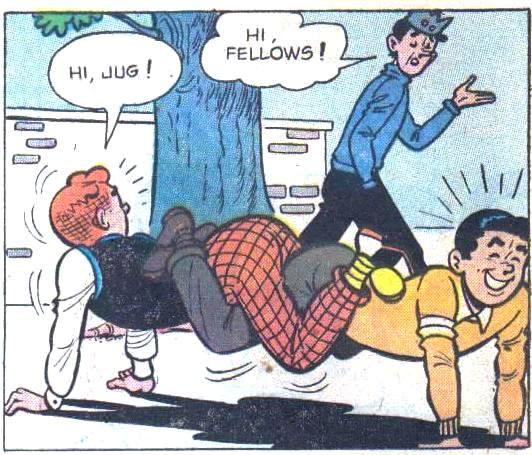 I think that’s all that needs to be said. Oh, let’s give Pop Tate the final word: 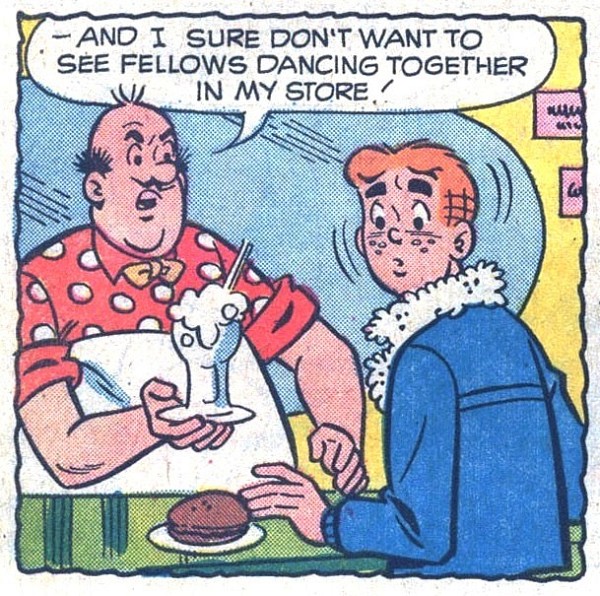 Sorry, Tate, it’s not the ’50s any more and you’re lucky your anachronistic soda shop is even open.