Did Twitter save a life? Sort of. A lesson in Obamacare

This is part one in a series adapted from the 2012 Hancock Lecture, “Who Live and Who Dies, Will Social Media Decide?” recently delivered at the University of Toronto by Julia Belluz. This installment looks at health-care reform in the U.S. and its intersection with social media. Read parts two, three and four.

Arijit Guha is a 31-year-old PhD student at Arizona State University. He grew up in Columbus, Ohio, and earned his undergraduate degree at an elite liberal arts school in Minnesota. In 2005, while working at an academic journal in the National Academy of Sciences in Washington, he met his wife. A few years later, they decided to follow his thesis advisor out to Arizona State for graduate studies in Urban Ecology and sustainability.

Fast forward to December 2010: Guha and his wife took a trip to India. There, he experienced a bout of intense abdominal pain. But even after he returned to the U.S. the following January, the pain didn’t go away. 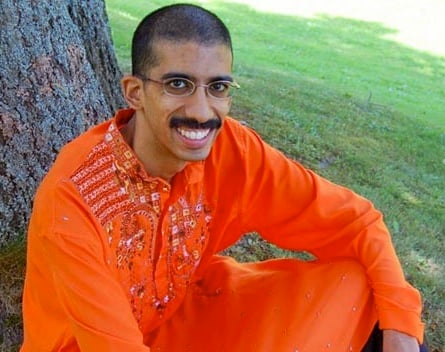 He thought he was suffering a bad case of Delhi Belly. After about a half-dozen trips to the doctor, where they couldn’t figure out what the problem was, he headed to a gastroenterologist. What happened next is many people’s worst nightmare: an innocuous stomachache turned out to be stage-four colorectal cancer. The six-centimetre wide tumor in his colon was so large that it was cutting off anything from passing, and the scope of the colonoscopy couldn’t make it past the mass.

When the surgeon went to take out the tumor, he saw the cancer had spread throughout Guha’s abdominal cavity. Hospitalizations and surgeries to remove most of his abdominal lining and gallbladder followed. So did numerous debilitating chemotherapy treatments. And, since Guha was living in the U.S.—the only developed nation in the world where there is no universal health coverage for citizens—this meant the cost of his care was quickly being tallied up like a restaurant bill.

Guha had coverage through a student health insurance plan—but it had a lifetime cap of $300,000. This may sound like a lot of money but he ate through that sum in less than a year. He was in an impossible place: he still needed bi-weekly chemotherapy treatments, which cost about $10,000 a turn, but he couldn’t afford them. He didn’t want to end up like the 700,000 in the US, who have to declare bankruptcy every single year because of medical bills. Or like the 20,000 U.S. citizens who die each year because they can’t get health coverage.

In the past, one might have thrown a fundraiser in a church basement to raise funds, or appealed to community groups for donations. Maybe a local newspaper or TV station would pick up on the story, a benevolent donor would swoop-in to help.

But this is the age of Web 2.0.  It’s a time when we use the internet to collaborate, interact; we use social media—media that are literally social—like Twitter and Facebook or blogs, to speak to one another and share with one another. To communicate. To reach out.

When Guha exhausted his student health-coverage and needed help to cover his medical bills, naturally, he turned to social media. He created an online Poop Strong campaign, inspired by Lance Armstrong’s cancer charity Live Strong. He asked his network—friends and colleagues he gathered during his work and travel across the US and the world—for donations to cover the cost of his care, or to buy “Keep Calm and Poop Strong” T-shirts and paraphernalia.

On a blog and through Twitter and Facebook accounts, he was able to knit together his networks. And to do so incredibly quickly: Within the first day, 30,000 visitors logged on to Poopstrong.org.

To some extent, his life, his future, was hinging on this campaign. His friends called it “the world’s most important bake sale.” But this was much more lucrative and influential than any bake sale I’ve heard of. In about six months, Guha raised approximately $130,000 to cover his medical bills. Then in July, he had a Twitter spat with his insurance carrier. The result: Aetna said it would cover Guha’s outstanding medical bills.

This was a David and Goliath moment—playing out on Twitter. The broke and ill student publicly fingered the big insurance company, and applied pressure on them to correct this injustice. A silly Poop Strong campaign allowed Guha to get coverage for the cancer treatments he needed, and absolved him of the medical bills.

Social media saved his life. Or did it?

I called him at his home in Phoenix, Arizona, to see what he thought about the buzz around his social media coup. He pointed out that the defining feature of his campaign was speed—that he was able to galvanize his various networks so quickly.

But one of the first things Guha said was that he came from a privileged background, that he was already in many ways well connected, well advantaged. People in his network were in a good position to help, they were influential.

He then urged me do a web search to find the thousands of others who have similar campaigns to his, who are trying to raise funds to cover the cost of their own medical treatment. But who aren’t successful like him, who don’t capture the attention of the media or a powerful insurance company CEO, and who raise only a few hundred dollars for their health care as opposed to hundreds of thousands.

He reminded me that a lot of sick folks don’t have internet access; they don’t have a voice, anywhere, let alone on social media. Twitter didn’t save their lives. The sustainability student said that social media is not a sustainable model for health campaigning, and that we can’t rely on it as such.

Guha told me that he worried that his success online eclipsed or obscured the real problem: People in the U.S. die because of inadequate access to medical care, because of caps on their coverage or because they don’t have coverage at all.

This isn’t just a feel-good tale about Twitter saving the day, or about a benevolent insurance company CEO. It’s a story of how the richest country on earth made the moral decision to put dollars before the health of its citizens, how people are being forced into medical bankruptcy and turning to social media in their dying days out of absolute, end-of-the-road desperation to save themselves.

While social media certainly gave Guha a platform and a voice, he cautioned that we should be careful that the loudest and most connected, most tech-savvy among us are not the only ones heard.

The arbitrary nature of these interactions does not make for fair and equitable access to health care.

When I spoke to him in September, his cancer had come back after a break from chemo, and his voice was extremely weak; he was in pain and he couldn’t keep food down. Still, he heated up at talk about health-care reform in the U.S. We spoke about the Affordable Care Act, which will get rid of the ability of companies to discriminate against people for having preexisting conditions. It’ll get rid of lifetime caps on coverage, like the one Guha faced, and it’ll require everyone to carry health insurance.

We talked about the evidence: how studies, including one massive, ongoing trial in Oregon, show giving people insurance saves lives, and it reduces mortality rates, when compared with leaving people without insurance. The insured feel healthier and happier than those without coverage.

But again, Guha urged me to look at the larger picture. While Obamacare is better than the alternative—Romney’s plans to repeal it and slash funding for Medicare—it further entrenches the insurance system, which is woefully inadequate, fragmented, and expensive. It’s a step in the right direction but it’s not a health system that provides true universal access.

This reminded me of our own universal health system in Canada, where the pharmaceuticals people need are often out of their reach because they can’t afford them; they aren’t covered by Medicare. How the quality of care, drug coverage and access to the system can change so dramatically depending on where you live from Yellowknife to Newfoundland.

As we go forward, as we question our own decisions about our health, the decisions of governments and the health information we get in newspapers, let’s remember what Arijit Guha told us. That miracles are rare, and context is everything. We ought to scratch the surface of health claims to get a sense of the complexity of problems, the cause of things and the intellectual uncertainty. The answers to these questions determine who will live and who dies.