Apple’s iTV: will they or won’t they?

Forget the iPad 3, the new big deal is whether Apple will pull off a new TV set 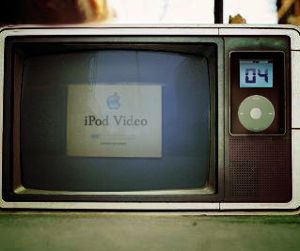 By now, you probably know that Apple is holding one of its regular press events in San Francisco on Wednesday, where it will certainly roll out the next iPad. As per usual, the tech press have been slobbering all over themselves for weeks in anticipation of what the new tablet will do: Will it have a better screen? Will it have Siri voice control? Will it be called the iPad HD?

The real question surrounding the event is whether Apple is ready to pull the trigger on a new television set–the press has dubbed it the “iTV”–that the departed Steve Jobs spoke of in his biography.

I took a look at what such a television might do, why Apple might want to get into such a bloody business and how much it might cost last week, but it was really all just a stab in the dark. Nobody seems to have any idea as to whether or not to expect the iTV to be unveiled at this event, which is too bad because Apple getting into the category will be huge news.

One possible hint might be gleaned by taking a look at when people buy TV sets. While consumers make these relatively large purchases year round, sales generally spike in the run-up to Christmas, which makes sense–that’s when people are in the mood to spend money.

If Apple chooses to wait until that particular window, it’s highly unlikely the iTV will make its debut this week. After all, it’d be pretty silly to telegraph a product to competitors so far in advance. Only mega-huge software makers with lots and lots of partners do that.

However, if Apple is working on some sort of subsidy deal with cable and satellite providers, as has been reported, all bets on release windows are off. If the iTV’s sticker price comes in with a low face-value (there’s much debate over whether such subsidy schemes truly pay off for the consumer), the company could change television buying patterns.

If a large flat-panel TV costs only, say, $500 on a three-year contract, people may well become inclined to buy two or three at a time, which could of course change the game.

That’s a lot of questions, so yup, we’re right back where we started. Will they or won’t they?