At Comic-Con, mainstream comics reach out to girl fans

Welcome to the new, female, Thor and hipster Batgirl's loose-fitting and practical costume 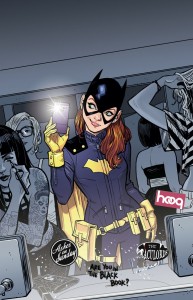 As comic book artists, writers and editors arrive at San Diego Comic-Con to promote their work, there’s a hint of something different and unusual going on in their industry: Mainstream comics, usually the ultimate boys’ club, are trying to appeal to girls. Two big announcements this past month have shown a new outreach on the part of the two giants, Marvel and DC, to the other half of the world’s population.

The most-covered news was that Marvel Comics would be de-powering Thor, its most powerful and muscular superhero, and having a woman pick up his magic hammer and become the new Thor. But almost equally important was DC’s unveiling of a new design and concept for its long-time heroine Batgirl: Instead of the skin-tight suit she traditionally wears, her new outfit is loose-fitting and practical—it actually looks like something a girl might want to wear for fun. And, in a move influenced by the TV series Girls, she’ll be leading a hipster lifestyle in a Gotham City neighbourhood that bears a suspicious resemblance to Brooklyn. In other words, comics publishers want female readers. And they’re willing to do previously unthinkable things to get them, such as giving Batgirl a costume marked “Not spandex!”

Mainstream comics have been aimed mostly at boys, ever since they were taken over by the superhero, a type of character born out of boys’ fantasies; girls and women were, typically, less interested in Marvel or DC product, unless it was something like Neil Gaiman’s Sandman that didn’t have people punching each other all the time. But, with superheroes dominating popular culture the way they do now, there may be more potential female readers than there used to be. Some superhero movie franchises, such as Captain America and Thor, have built up strong female followings. The rise of online buying and reading has provided a more hospitable place for women than male-dominated comic book shops, and Tumblr has seen the creation of a lot of superhero-themed art and writing by young women. And the increased popularity of making and wearing superhero costumes, now known as “cosplay,” has encouraged more active interest among female fans. A recent report showed that 46 per cent of all people who self-identify as comics fans are female. Some of these fans may not buy current mainstream comics, but maybe they would if the companies give them something they want to buy. 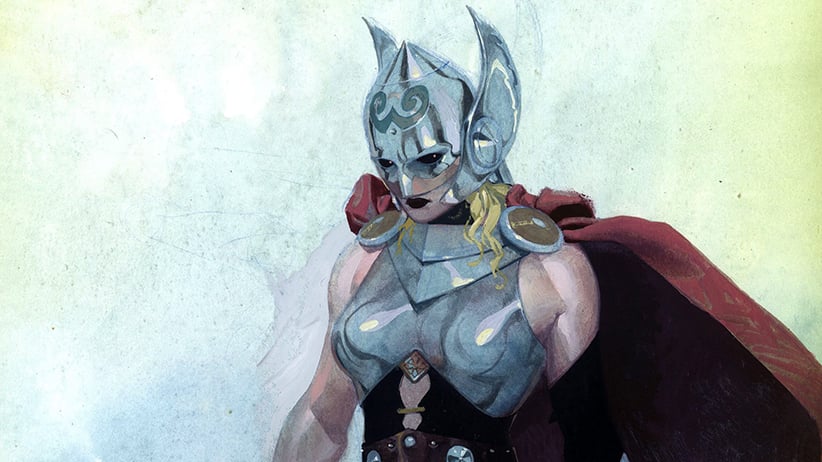 So Marvel and DC, always anxious to find new readers to bolster their aging reader base, have an opportunity here. What they don’t have is a lot of material that can appeal to readers who want to see some female fantasies, rather than just male fantasies, on the brightly coloured page. Axel Alonso, the editor-in-chief of Marvel, told Entertainment Weekly that only two-and-a-half years ago, the company didn’t have any female-led superhero books at all. To fix this, Marvel recently launched a number of superheroine titles, but few have the built-in appeal or name recognition of the characters who star in the movies: There hasn’t been a truly world-famous superhero created since Wolverine in 1974, and certainly none who would make the news the way the upcoming “Death of Wolverine” event will.

The solution, then, is to take legacy characters—the characters who are familiar, and do make the news—and slide new female characters into their roles for a while. Marvel already tried this successfully, on a smaller scale, with Ms. Marvel, a superheroine created in 1977. Writer G. Willow Wilson created a new heroine, the teen shapeshifter Kamala Khan (billed as America’s first Muslim superheroine), who took on the Ms. Marvel title; the former Ms. Marvel had already been given the older title of “Captain Marvel.” With Thor, a much more familiar name, the new character will get much more attention and public interest than she would as a completely new character with a new title. Even if the original Thor eventually regains his hammer, the new Thor could build up enough of a following to carry her own comic. If it works, there are many other characters who could be replaced or joined by women: There have been many people called The Flash or Captain America or even Iron Man, and there’s no reason why a woman couldn’t be in the costume.

DC, on the other hand, has more usable superheroines than Marvel. It has the only world-renowned superheroine, Wonder Woman, as well as a number of stars who have proven themselves able to hold a title, such as Supergirl, Batgirl and Catwoman. But DC suffers from a perception that has historically turned many women away from superhero comics: that artists mostly care about drawing women’s breasts as big as they can. The cover for the relaunch of DC’s franchise Teen Titans met with biting criticism from comic book editor Janelle Asselin, who called special attention to the fact that teen heroine Wonder Girl is “drawn with breasts the size of her head.” All superheroines have what is known as the “most common superpower,” but artists frequently make women so top-heavy that real girls would find them ridiculous to look at (unlike more girl-friendly comic characters, such as Betty and Veronica, who are drawn sexy but not in a way that turns off female readers).

That’s why comic publishers and artists have been trying to make more heroines that everyone can enjoy looking at. The less-sexualized Batgirl is one example. Marvel has quietly retired some of the skimpy costumes its heroine used to wear: The former Ms. Marvel, Carol Danvers, traded in her familiar black bathing suit costume for a full-body costume. Even where the skimpy costumes are too iconic to replace, such as Wonder Woman’s (DC once tried to give her pants, and fans, male and female fans alike, revolted), it’s proven possible to draw them without leering: Cliff Chiang, who has drawn the Wonder Woman comic for the past several years, expressed pride that he has been able to draw that costume without making her look ridiculous: “People come up to me and say they really like the way I draw her. They appreciate that she’s not oversexualized. That’s really a decision that an artist has to make—and it’s a lot of decisions. It’s not just, ‘Hey, whoops, my pen slipped and she’s suddenly too sexy.’ ” Superhero comics will always have lots of cleavage and fighting crime in bathing suits, but they can still take away some of the excesses in an attempt to be more female-friendly.

All these changes have upset a subgroup of traditionalist male comics fans, who feel that the big companies are neglecting their core fan base—boys and men—in an attempt to attract people who may never be regular superhero buyers. Science fiction author John C. Wright (Orphans of Chaos) blasted Marvel both for the new Thor and her mostly skin-free costume: “Is Marvel Comics out of its collective ever-lovin’ mind? Do they not care if they lose 80 per cent of their few remaining readers? Does Marvel actually think fangirls want to read about girls acting macho and kicking ass? . . . Ah, but the point of political correctness is not to tell a story and make it good, but to take a good story and ruin it.”

Other fans have pointed out that the shortage of female characters is only one part of the problem in the industry: Another is the dearth of female writers, both on female- and male-led titles. Still, as Comic-Con continues to become less of a guys’ event than it used to be, and girls come out of a screening of Guardians of the Galaxy or X-Men wanting to know more about the characters, we may see these companies pay more attention to that underserved 46 per cent of the fan base. You can’t generalize about what they want in superhero comics, or whether they’ll go for the new Thor or Batgirl. But they do have money to spend, and the comic companies want that money.