Behind palace walls: revelations about a private queen

While Queen Elizabeth II is so famous that to most of the world she is simply “the Queen,” her personal views and beliefs are largely unknown. The sovereign, 85, has never given an interview and never publicly expressed a political opinion. Elizabeth the Queen, a new biography by Sally Bedell Smith, delves beneath the regal surface to reveal a private, self-effacing woman who is gregarious yet modest, dutiful yet mischievous. She’s created a charming, human biography of a woman who has slowly, almost imperceptibly transformed the business of monarchy from a hide-bound anachronism into a sleek, professional business. 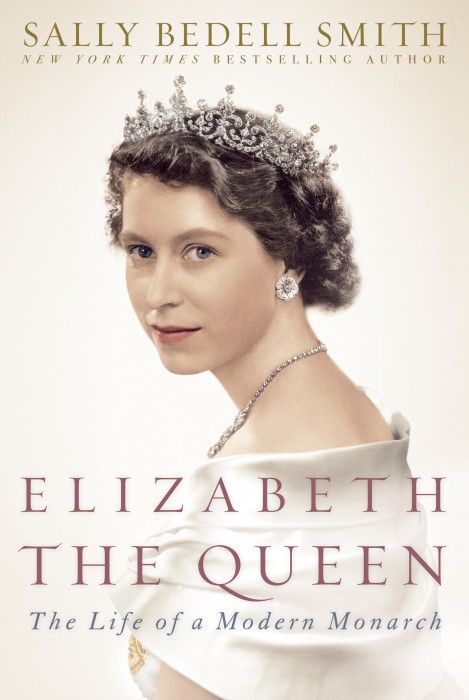 Q: Given you’ve written an acclaimed biography of Diana, you knew more than the average person about Elizabeth II. What was your impression of the Queen before writing the book and how did it change?

A: My impression of her was more shaped by Diana’s perspective, if you will. I knew she’d served for all those years and was very dutiful, but I didn’t appreciate her high level of professionalism, how assiduously she goes about every aspect of her job, and her ability to connect with people.

Q: When most people talk of her they mention her formal side, her sense of duty and responsibility. What’s she like in private?

A: As a person she has a spontaneity, a joie de vivre. She is very gracious and a thoughtful hostess. I remember Harold Wilson’s widow saying she was so touched that the Queen knew what her favourite flower was [gentians] and that she always made sure that when she came up to Balmoral she had those flowers.

Obviously, she can be starchy when things aren’t going right in an official situation; she can give people the glare and they will freeze in their tracks. In talking to her friends it was really interesting because they say she’s very thoughtful. When the children are ill, she’ll inquire about them. She gives very good advice.

But there is always a slight barrier because she’s Queen. Even perhaps within her family, she is in this singular and somewhat solitary position. Even her family and closest friends have to bow and curtsy to her when they greet her.

Q: Can you give an example of her private behaviour?

A: [George] “Frolic” Weymouth was this character who painted Philip’s portrait and was invited to the private dining room [at Windsor] for lunch. He couldn’t believe there were no butlers to serve the meal; there was food on the buffet and the Queen insisted on serving him. “Frolic, would you like more? Would you like cheese” Then she insisted on clearing the table.

She collects pepper shakers, which I never knew before, and he’d sent her a funny pepper shaped like a chef—when you twisted the head it said, “you’re breaking my neck, you’re breaking my neck.” When he ran into her in 2007 at a reception, he said, “How are you doing ma’am? Do you need any more pepper shakers?” He said she’d been this kind of staid person walking around, and then she cracked up, started laughing so hard and slapping her pocket book.”

Q: The instance of the Knatchbull children going to Balmoral in 1979 showed a completely different side of the Queen. [In 1979, an IRA bomb killed the Queen’s cousin Lord Louis Mountbatten, his mother-in-law and grandson, Nicholas Knatchbull. With their parents severely injured, two surviving grandchildren were sent to recuperate at the Queen’s Scottish residence.]

A: Mountbatten’s grandson, Timothy Knatchbull talked of her “unstoppable mothering.” She was waiting for him and her sister to feed them and try to unpack for them. He said she was able to draw him out, to talk about what happened to him—about losing his twin brother, about the whole horror of what had happened that day—in a way no one else had been able to do. And that shows a sensitivity, a motherliness.

Q: Do you think the Queen was thinking of her caring of the Knatchbull children when Diana was killed in 1979? Did she use that as a template for her own grandchildren?

A: I don’t know, but she reacted the same way. The criticism of her over the years is that she put duty before family. In that instance, after Diana’s death, Harry and William were her first priority. She wanted to comfort them and she wanted to prepare them for the ordeal of the public funeral. The way to do that was to keep them out of public view.

And yet, for doing what most people would consider to be the right thing as a grandmother, she was castigated for not coming to London to comfort the hundreds of thousands of people who were descending on the city. I felt sorry for her because she couldn’t quite understand what was happening in London. They all went slightly mad. By Thursday she realized what she was doing was damaging the monarchy and she moved very quickly after that. On Friday she gave that really quite extraordinary speech. She said no more or less than what she felt about Diana. It was a compassionate speech but it was also not fulsome.

Q: You say her inability ‘to pretend’ is one of her greatest strengths.

A: I remember talking to a guy from the Washington Post who was at the reception that she gave in 2007. He was so struck that she didn’t have the politician’s perma-smile—that she only smiled at things that genuinely amused her, otherwise she didn’t smile.

Q: What are her weaknesses?

A: I think the times she’s gotten in trouble, which are few, there has been a concern for adhering to tradition. Aberfan is one example. [In 1966, a coal tip in the Welsh mining town collapsed, burying a school and killing 116 children. The Queen didn’t go there until a week after the disaster.] Her first reaction was, “I don’t want to go there and get in the way.” But the people there wanted her to be there, too.

Q: From talking to friends and relatives, how do you describe her relationship with her husband, Prince Philip?

A: It was a marriage based on love. They’ve never been physically demonstrative, but I think from the very beginning there’s been a real physical charge between the two of them. One time when they were spending the weekend with the Brabournes [the daughter and son-in-law of Lord Louis Mountbatten], John Brabourne said, “Gosh, Lilibet has such beautiful skin” and Philip replied, “Yes, she’s like that all over!” They aren’t huggy or kissy but they don’t need to be.

Q: Her relationship with Prince Charles, her eldest son and heir, has always been a bit fraught.

A: He was, from the very beginning, sensitive, and the Queen was very busy and detached to some extent. Now they are in a much better place, they see each other for dinner; things improved a lot once he married Camilla. There was a moment when Charles turned 60 and the Queen went to one of the prince’s charities and gave a statement applauding all of his work as Prince of Wales. I think it was the first emphatic affirmation of his accomplishments.

Q: For four days in June, there will be non-stop celebrations to mark her Diamond Jubilee. What will it be like?

A: Oh I think it’s going to blow the roof off! People recognize it is such a historic moment. And it may be the last time they have to really express their appreciation for all that she’s done.