Beyond Dr. Google: How social media can improve our health 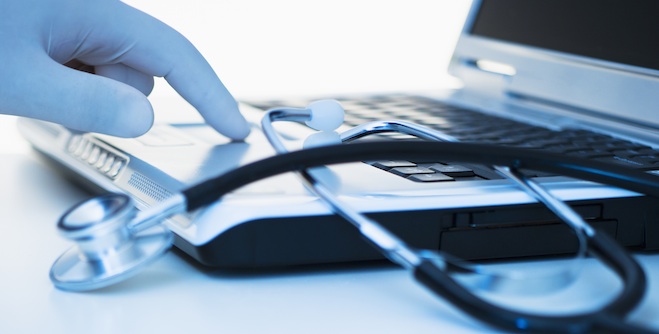 This is the third part of a series of articles adapted from the 2012 Hancock Lecture, “Who Live and Who Dies, Will Social Media Decide?” delivered at the University of Toronto by Julia Belluz. This installment looks at the credibility of health information on the Web, and the pitfalls and potential of social media for health. Read parts one, two, and four.

We started the Science-ish blog because it seemed there was a widening gap between science—what is known in health research—and how it’s presented in the media by key opinion leaders, and then implemented in health policy. The question was: If we believe what’s reported about health, what politicians say about health, could we really make well-informed choices about health? This is a public health problem.

Sometimes even sources that seem credible mislead us. This year, I had an opportunity to interview Dr. Oz. when he was in Toronto and ask about his use of scientific evidence to back the claims on his show. I was prompted to do this after hearing from doctors who had patients coming into their offices on myriad supplements because Dr. Oz told them to do so.

In the interview, Oz defended his promotion of raspberry ketone supplements for weight loss. Yet: There’s no good science to back these pills, no evidence that they work in humans. But he said it was an example of giving people hope and that if he only gave people medicine he wouldn’t have a show.

This is worrisome for a number of reasons, not the least of which being that Oz is a board-certified surgeon and should know better than to peddle pseudoscience and hope in the guise of health advice.

This problem of misinformation, not taking time to scrutinize the health information we are fed, seems to be compounded by the speed at which information is coming at us. With the Web, we have more information at our fingertips than we have ever had in human history. There is more research output than every before. According to one estimate, there are 75 trials and 11 systematic reviews being published each day. Theoretically, we could make smarter, more informed decisions than we ever have. But it’s difficult to know who or what to trust.

With social media, we are witnessing the acceleration of social interactions. Consider this: It has been estimated that it would take 38 years for radio to disseminate a message to 50 million people, 13 years for television, four years for the internet, three years for iPod, and less than three months for Facebook.

Social media is social, and it’s user-generated. There is no monopoly on who is creating the message. Anyone can have a soapbox, get a message out with the click of a button. Not all of it is credible information or messaging. Study after study show that people tend to share negative or sensational information more than neutral and accurate information on social media.

Think about the viral campaigns promoting the anti-vaccination stance. Investigators researching how YouTube has become a source of information on immunization found that about half of the videos posted had anti-immunization messages. Negative videos were more highly rated and viewed more often than those that were actually backed by science.

Anyone who has ever turned to Dr. Google for help in a bind knows that searching the Web for health advice—which is actually one of the most popular online activities—can make us sick, or at least anxiety-addled. You go in poking around about flu symptoms, and Google tells you could have anything from Lyme Disease to Dengue Fever with equal weight and conviction.

We sometimes believe what we read, allowing something we saw on YouTube guide decisions about everything from how to roast a turkey to whether we’ll vaccinate our babies. But the stakes are too high when it comes to our health.

Yet: For every fraudulent or misleading website or Tweet out there, there’s a credible one. Dr. Google may be an incredibly inefficient way to search for health information. But if you know where to look, the Internet can help to level the playing field between you and your doctor as never before.

We talk about how far behind health care is when it comes to using technology for communications in Canada—many of you can’t book appointments for your doctor online, or refill prescriptions, or even email him or her. But doctors around the world are already incorporating social media technologies in their practices. In the Netherlands, docs are consulting with patients via Twitter. In Seattle, the social photo-sharing service Instragram is being brought into operating rooms to document surgeries and open up the usually opaque space.

Beyond individual patients or health-care providers, social media is giving groups of patients a voice they have never had in the past. There are disease groups forming online to share information and experiences.

Take the social media campaigns here in Canada about Liberation Therapy, the treatment developed by Italian researcher Paolo Zamboni to address CCSVI, a blockage of veins in the neck he feels is linked to MS. People who have MS have pushed very hard, using social media, to have randomized studies done on CCSVI, even though the scientific community felt the evidence for the link wasn’t compelling enough to warrant further study. This is remarkable.

YouTube has been an effective vector for patients who have undergone liberation therapy to spread anecdotes about its effectiveness, and people have travelled the world to have the procedure done based on what they saw in these videos.

I spoke to Dr. Andreas Lapaucis, a professor in the school of medicine at the University of Toronto, who has looked at the influence social media had in getting studies of CCSVI done. He felt it played a pivotal role—and whether this was problematic or not—that it’s going to happen anyway, so we ought to emphasize the upsides and try to minimize the potential downsides. For him, social media is a way for patients to be more engaged in research, to break down the silos between ivory tower research and the people whose lives depend on it. Social media can increase compassion in the medical profession, give researchers and policymakers a window into what patients actually want, what they are worried about.

Even health researchers are appealing to the public through social media to support their causes. In Sweden, a new campaign called iCancer aims to raise public money to fund research of a new treatment for neuro-endocrine tumours—the type of cancer that killed Apple Founder Steve Jobs.

They are using social media to bypass traditional funding mechanisms, because, they say, pharmaceutical companies aren’t interested in their funding clinical trials; their treatment is too far away from being profitable.

Perhaps this type of crowd-sourced funding will fill the gap in all the research that isn’t undertaken now, and ought to be. Maybe we’ll see the wisdom of crowds emerge, and that big groups are smarter than an elite or select few.

Taking that a step further, beyond just influencing the research agenda, some theorize that social media may play a more formal role in running a democracy. We can gather public opinion on Twitter and Facebook and other web platforms.

The trick will be to bypass the cyber mob mentality and develop technology that allows us to cut through the shrill emotion and noise that can sometimes dominate social media campaigns. So that political decisions, decisions about research funding, aren’t turned into a popularity contest, where the sexiest campaigns that go viral win dollars instead of the more urgent or credible ones.

Those on the front line of global health and its intersection with social media say we can forget about the cliché of Coca Cola or Nestle reaching the remotest corners of the developing world. Now, it’s all about telecommunications companies, with their cell phones and Sim Cards, which have supply chains with tentacles into every single village.

Already, old-fashioned mobile phones are being used for public-health interventions, reminding HIV/AIDS patients to go to the clinic to get their anti-retro-viral treatments. Imagine when all those cell phones become smartphones with Internet access, with Twitter?

Again, the potential for reach is so great. Entire demographics live online. Just a few years ago, Health Canada or the Centers for Disease Control would have relied on the traditional media to relay information about emerging diseases or pamphlets in doctors’ offices. Now they can communicate directly with the public, reaching thousands in a single Tweet or Facebook post.

Right now, our Tweets, Facebook posts or web searches are being collected in real-time reports to inform responses to humanitarian crises, and to identify disease outbreaks, and display them on websites that track the flows of infections in real-time.

Take HealthMap: the site that collects real-time data from a variety of sources about emerging diseases—Google News, the World Health Organization, eye-witness reports—and reports them with 90 per cent accuracy.  Infectious diseases experts say this crowd-sourced information is catching emerging diseases faster than ever before.

Let’s have a thought experiment. Imagine if online crowd-sourcing, HealthMap, existed during the emergence of AIDS or the Ebola virus in Africa?

There’s a story in a new memoir by Dr. Peter Piot, formerly the under secretary general of the UN. He was on the frontlines of identifying Ebola in 1976. Dr. Piot writes about how he had been working in a lab in the Netherlands, when a sample of the deadly virus arrived from what was then Zaire, the present Democratic Republic of the Congo.

The Ebola sample was contained in a damaged, blue thermos. The researchers had no idea what they were playing with, that it was the virus that caused hemorrhagic fever.

They couldn’t have known. But it certainly didn’t help that they were going on reports coming in by snail mail, days or weeks after they were written up, about a nun who had the virus and died of what was supposedly yellow fever.

Before Piot set off to Africa, he went to the library to take out books to research. Now, information about emerging diseases travels through the Internet, crowd-sourced, self-reported, analyzed, and crunched in real time. If Piot were on the unfolding Ebola case today, he would have been researching on his iPad on the way to the airport, and tracking the emerging virus on HealthMap. He would likely feel more on top of the information. But would this have saved lives? I’m not sure.

Imagine if there was citizen self-reporting when AIDS was identified in the 1980s, when it was known as gay-related immune deficiency, and people did not yet understand how it spread. What then? Could crowd-sourcing reports of the virus have helped with tracking the disease as it spread through networks and communities? Or would it have led to unnecessary stigmatization, people fearing each other, reporting on each other, hiding from their neighbours?

The question is, as Dr. Lapaucis put it: How can we emphasize the upsides of this intersection of social media and health, and minimize the harms?

The final installment will examine this question.