Beyond the buzz around Brad

Hitting the keyboard for a quick update on an insane day. In the course of few hours, my schedule of on-on-one interview schedule includes Ricky Gervais, Renee Zellweger, Spike Lee and John Malkovich. So far I’ve just done Gervais who was utterly charming, even when I interrupted his seamless flow of wit with an asthmatic coughing spasm. “Bronchial asthma,” I gasped, grabbing a water bottle. “Don’t worry. It’s not contagious.” Offering to thump me on the back, which wasn’t necessary, Gervais filled the awkward interlude with an anecdote tabout how he was choking once in a restaurant and a friend shouted, “I don’t know the Heimlich manoever!”—as if to absolve himself in advance of any responsibility if Gervais choked to death. 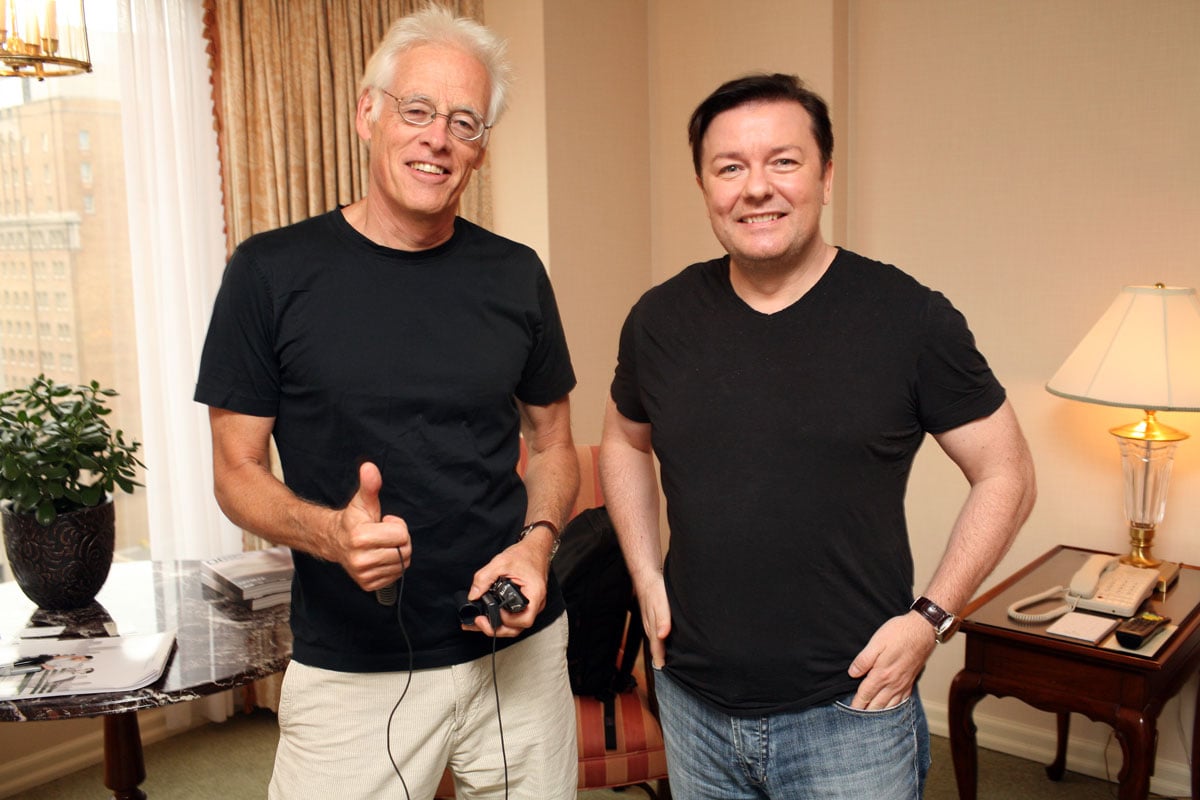 A quick update on movies at TIFF. So far my favorite, hands down, is Jonathan Demme’s Rachel Getting Married. I’m not alone in this. But everyone seems surprised that Anne Hathaway is so darkly brilliant as the acerbic heroine, a woman who goes straight from rehab to her sister’s wedding, where she creates havoc. “I didn’t think she had it in her” is the line I’m hearing a lot as Oscar buzz builds around her performance. I don’t know. I’ve always liked Anne Hathaway, whether in Brokeback Mountain or in Get Smart. And the movie itself, which has a hurtling, train-wreck energy—Monsoon Wedding meets Celebration—is exhilarating.

Tonight all the excitement is about Brad Pitt, who hits the red carpet for the premiere of the Coen brothers’ Burn After Reading. Pitt and George Clooney both play hapless narcissists who think they are much smarter than they are in a film that’s all about Darwinian declensions of intelligence and stupidity. George is actually way funnier Brad, whose cartoonish parody of a dim-witted personal trainer is too broad to be believed. Yet aamong the performances in Burn After Reading, the real gems are those by John Malkovich as a defrocked CIA operative and J.K. Simmons, who plays his superior.

[An apology to those who have had the misfortune to read raw, unedited drafts of this blog. I keep screwing up the title of Burn After Reading, calling it Burn Before Reading, Burn While Reading, and Burn And Reading. As if I’ve caught some kind of malapropist virus from the dolts in the movie. Hey, typing is hard.

A final tip for tonight: if you want your noir served straight up, and without the flip post-modern irony, check out Three Monkeys, a film of stern, breathtaking beauty by Turkish auteur Nuri Bilge Ceylan (Climates). For my money, it’s the best TIFF has to offer in this evening’s program.