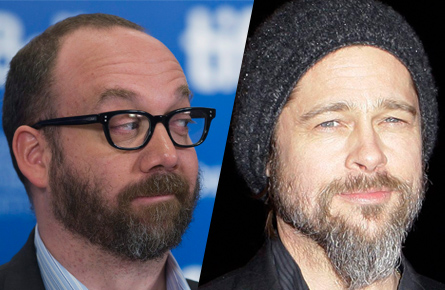 In September I reported a conversation with director Norman Jewison, who told me he was once slated to adapt Barney’s Version for the big screen, and that the novel’s author, Mordecai Richler, wanted him to cast Brad Pitt as Barney. Sounds like a joke, but Jewison swore he was serious. I posted his story online (Brad Pitt as Barney? It was Mordecai Richler’s Pipe Dream). That prompted a perplexed response from producer Robert Lantos, who dismissed Jewison’s claim as nonsense. Lantos should know: he has always owned the rights to the novel, and finally made the movie with Paul Giamatti in the title role. (It opens Dec. 24). Well, today I heard from Noah Richler, Mordecai’s son, who had discovered my post and offered to shed some light on these absurdly mixed-up memories, which would not be out of place in his late father’s novel. Here is Noah’s comment:

“Such was my Dad’s demeanour and sense of the ridiculous that not even acquaintances such as Jewison really understood him. My Dad never wanted Pitt to play Barney, he was joshing Jewison and, I’d wager, saying something implicit but wicked about the inability of Canadian films, at that time, to garner any stars. No offence to Pitt, but I doubt he really knew much about him other than that he was famous and others were talking about him.

“To wit: when I was at The Ivy in London having dinner with him once, Michael Palin, whom I’d met once or twice, was at the next table, very close. We nodded. Palin’s guest was Johnny Depp and I whispered as much to Dad.