Build a Queen and bunting—Diamond Jubilee fever is here 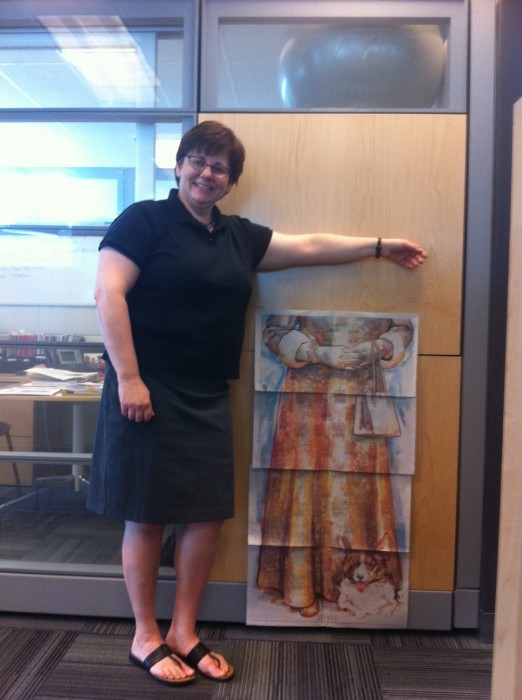 If there were any doubts that Britain wouldn’t go gaga when it came to celebrating Queen Elizabeth II’s 60 years on the throne, the latest pictures, here and here, allay any fears (and must drive republicans to despair.) Streets across the country are going nuts: the village of Cheddar wants to cover theirs with 4,500-m of Diamond Jubilee bunting to set a new record.

It isn’t just municipalities and businesses who have caught Jubilee fever. Apartment dwellers across Britain are putting up displays. A friend who lives in London just sent the funniest note:”I’ve had a cold, but I am planning on putting my jubilee bunting up on Friday. It’s either that or get drummed out of town I am afraid.”

And Canada isn’t immune. The National Post has a clever “Build Your Own Monarch” series that promises a “six-part, life-sized, full-colour painting of the Queen.” It started on Monday and concludes Saturday. Each day, another layer of the Queen is published in the paper. They started with her feet, with a corgi lying beside Her Majesty, of course, and are now up to her hands and purse. When I assembled the first four layers in the newsroom, at least five editors and writer were offering critiques on my taping technique.

FILED UNDER: Build your own Queen bunting diamond jubilee