Can We Stop Calling It "Cartoon" Network Now? 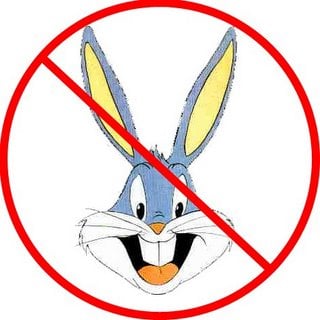 The Cartoon Network in the U.S. hasn’t really been a cartoon network for some time, but now they’re making it official by moving into the production and airing of live-action reality shows and other live-action fare:

—“The Othersiders,” described as a reality adventure series following five friends who explore potentially haunted locations in search of evidence of paranormal activity;
—“Survive This,” a show that challenges teens to overcome fears and develop survival skills by testing their endurance, wit and self-determination;
—“Destroy Build Destroy,” in which two teams build something from debris in a construction zone, then demolish the losing creation;
—“Head Rush,” a game show in which kids compete while on amusement park rides;
—“Dude, What Would Happen,” in which kids seek answers to over-the-top questions such as, “Dude, what would happen if you attached 350 helium balloons to a sumo wrestler?”; and
—“Bobb’e Says,” a viral video clip show starring Bobb’e J. Thompson.

One of the scripted live-action series is “Unnatural History” (working title), an action show about a teen with martial arts skills who returns to the U.S. with his parents to attend an American high school.

When CN showed a Looney Tunes marathon at the beginning of the year, some people held out hope that this might mark a return to the network’s roots as an animation channel, but it was just a false start; the network feels a need to re-brand itself as a ‘tween network to compete with Disney, Nick, and that new boy-centric network that Disney is starting up. It’s not the first time this network has re-branded itself; it previously moved from being primarily a vintage-animation channel to serving two niche audiences: little kids by day and college stoners by night (Adult Swim).

The only real significance here, especially since we don’t get CN in Canada, is that it’s another example of how re-branding is arguably even more important to cable channels than branding. Or, to put it another way: don’t get too attached to the specific brand or mission statement of a network, because the moment they see some other channel beating them, they’ll introduce a ton of new, unrelated programs into their lineup.