Fortunately, the post office left behind the creators of the 2002 abomination 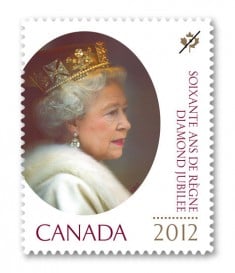 That Canada Post would create a stamp to celebrate Queen Elizabeth II’s Diamond Jubilee was a foregone conclusion. But what kind of stamp would it be?

The omens weren’t good. Their last jubilee offering, back in 2002 for the golden anniversary, was a graphic mess that featured a stolid formal portrait of the Queen placed awkwardly in front of a faded orange and tan Maple Leaf background. Goodness knows what the Queen thought when she signed off on that (she has to approve all stamps bearing her likeness).

Fortunately,  Gottschalk + Ash put more effort into this year’s design than they did when they created their 2002 horror. Once the stamp advisory committee saw their latest offering they knew they had a winner. “This is spectacular,” admits Jim Phillips, director of stamp marketing. He’s right. The photo is a hauntingly regal side shot of the Queen wearing diamonds, draped in furs, sitting in a carriage on her way to a state opening of Parliament in London. The public likes it too: sales have been so strong that the current production run of six million might be upped. 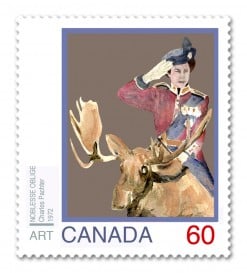 Yet why wasn’t Canada Post more daring in its choice? After all, the photo shouts “Britain.” For something that screams “Canada” perhaps they should have talked to pop artist Charles Pachter. His iconic paintings of the Queen on a moose are now Canadian classics. As Pachter explains, there was an amazing symmetry of putting the sovereign of her northern realm (Canada) on an animal who is the “monarch of the north, awkward but majestic.” While the images were ferociously controversial when they were first exhibited in the early 1970s, the paintings, especially the classic Noblesse Oblige, has become the people’s image. “There’s a lot of affection” in that painting, Pachter, 69, says. “It’s not meant to be subversive.”

So for this Diamond Jubilee year, he’s created a series of artistic “stamps,” headed by his Noblesse Oblige. While Phillips says Canada Post “considered” Pachter’s art, it’s hard to believe it would have made it as the post office’s main offering.

But perhaps they could have broken free of tradition—a $5.95 set for each decade of her reign doesn’t exactly capture the imagination—and created something completely unique, such as a series devoted to artistic renditions of the Queen. Because after 60 years, there is a lot of Canadian art of the Queen to choose from, be it the Parliament Hill sculpture by Jack Harmon of an equestrienne Queen or Jean-Paul Lemieux’s Affectionate Memory Images in Rideau Hall or Pachter’s offerings. For a woman who has great affection for this nation—“It is very good to be home,” were her first words when she was here in 2010—can’t we, in turn, give her uniquely Canadian Diamond Jubilee stamps? 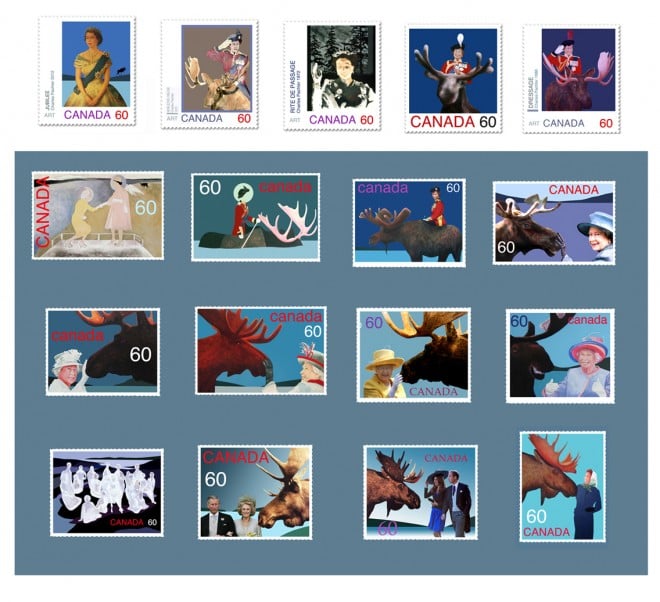