Dreaming of life on Mars

Canadians really want to go to Mars—and don’t want to come back.

Mars One, the not-for-profit organization seeking to establish a permanent human settlement on Mars in 2023, closed its application period for volunteer astronauts at the end of August.

Worldwide, over 200,000 aspiring cosmonauts applied to be one of the first humans on the red planet. More than 8,200 Canadians threw in their name, ranking Canada sixth among nations with the most applications. (First was the United States, with more than 47,600 applicants, followed by India, with 20,700+).

If we consider, however, the percentage of each country’s population that applied, Canada comes out on top. Apparently 0.02 per cent of Canadians are willing to take a one-way trip to Mars. Could it be our weather? 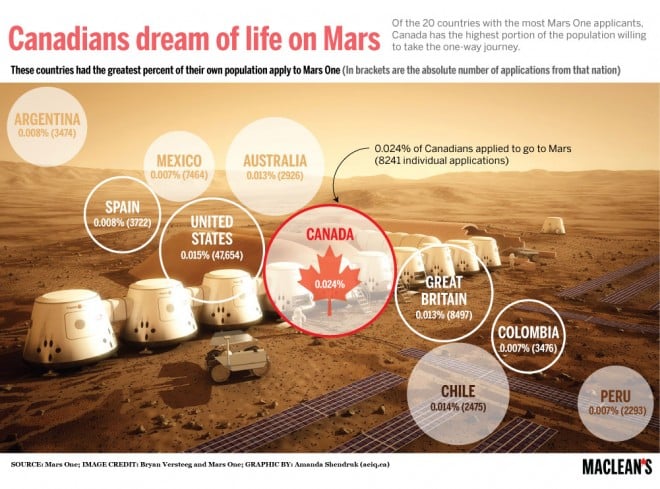