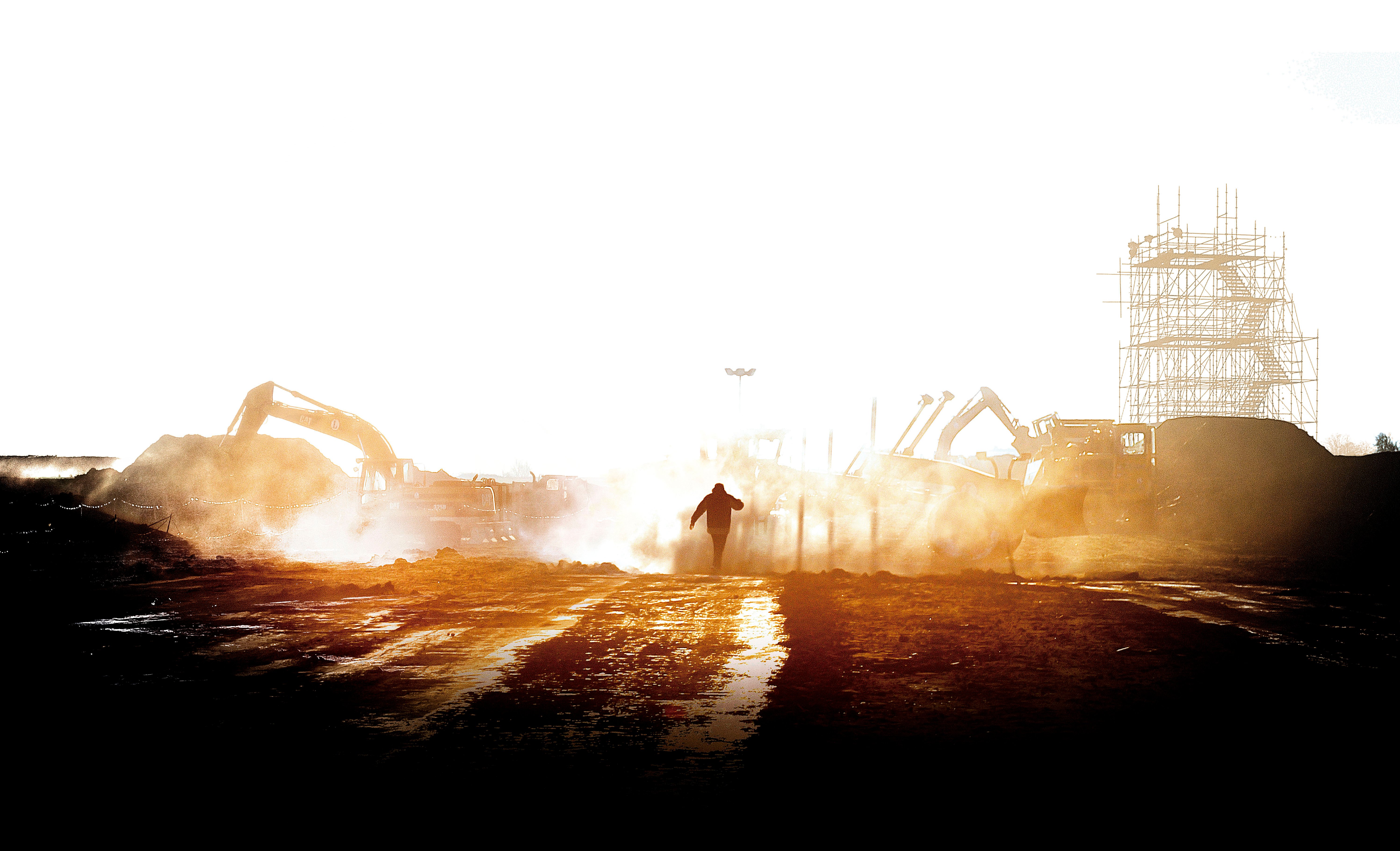 A scene from Xavier Giannoli's 'In the Beginning'

As the festival winds up, it’s becoming clear that this has been one of the strongest competition selections in a while. More good stuff than I’ve had time to blog, so it’s catch-up time. A couple of days ago, I saw a “movie movie,” a terrifically entertaining picture that jumped out of the high-art fray without a shred of post-modern pretense. We’ve seen a lot of films about filmmaking, and this is not one of them, yet it could serve as the ultimate metaphor for the business of film.

Written and directed by French filmmaker Xavier Giannoli, A l’Origine (In the Beginning) is one of those Build it and They Will Come tales. It’s based on the stranger-than-fiction true story of an con man who posed as a contractor for a company that didn’t exist and convinced a town to build a highway. I love imposter movies, and this is one of the best. Francois Cluzet stars as Phillipe Miller, who gets out of prison, makes a a futile attempt to find a job, then creates one out of thin air. He invents an imaginary subsidiary of one of France’s biggest construction companies, then plants himself in a small town that’s been depressed ever since a highway project got shelved. This is a community that wants to believe in something, and soon Miller is raking in a fortune in commissions from companies that want to serve as his suppliers. The town is desperate for a saviour, and Miller is happy to oblige. But as he becomes a local hero, and actual construction gets underway, it becomes clear that his motive is not primarily financial. The guy wants to be somebody, and to build something. And he starts to believe in his own fiction.

Giannoli directs In the Beginning with a kinetic dynamism. He originally was going to shoot on a real construction site. But when that prospect fell through, he had to build his own highway. And it appears that the production of the film—which was rescued by Gerard Depardieu (who plays a supporting role)—was as precarious as the project it portrays. So there’s a very concrete, and delicious, harmony between the protagonist’s industrial-scale scam and the business of making a movie: both are acts of monumental folly, in trying to create an entire world based on something that doesn’t exist. In that sense, the art of the con and the art of Cannes are not so far removed.