Children in war and in prison

Canadians working in broken countries can offer only imperfect options 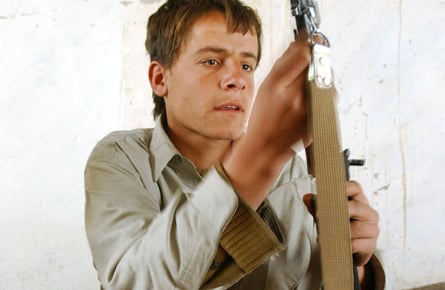 The first soldiers I met in Afghanistan were teenagers who had been fighting since they were 15 or 16 years old. There were three of them. They manned a machinegun nest on a lonely hill a kilometre or two from where the Taliban were dug in a short horse ride away. This was in October 2001. The kids belonged to the Northern Alliance militia, which had been fighting the Taliban for years and were on the verge of defeat when the Taliban’s al-Qaeda guests bombed America and changed the course of the war.

Now it is that teenagers’ allies who ostensibly run the government in Kabul. I have no doubt that their ranks continue to include minors, as do those of the Taliban. Children fight and kill and die violently in Afghanistan. The world would be a better place were this not the case, but it is. And in the course of battling the Taliban Canadian soldiers encounter and capture such minors, and must figure out what to do with them.

It’s a difficult dilemma without easy answers. Those such as the NDP’s Thomas Mulcair, who implicitly accused Canadian soldiers of handing over children to be tortured, aren’t offering any.

For what it’s worth, I think there is a world of difference between an 11-year-old and a 17-year-old. I happen to know that a former member of Charles Taylor’s National Patriotic Front of Liberia, who is allegedly guilty of horrific war crimes, is living in Toronto. I spent the better part of a year compiling evidence against a second NPFL member who allegedly committed similar atrocities and exposed him in a Maclean’s article. I left the first guy alone. Why? At the time of his alleged crimes, he led a “Small Boys Unit.” He was 11 or 12; those under his command were nine or ten, high on cocaine and gunpowder. I figure he deserves some peace.

Reading the briefing note that has sparked this latest round of outrage, I don’t see what Canada should do do differently. The note explains that Canadian Forces have special provisions for captured children, housing them separately and processing them quickly. Those transferred to Afghan authorities were previously incarcerated in a special wing of the Sarpoza prison. But, the note explains, Foreign Affairs recently approved transfer to a new “Kandahar Juvenile Rehabilitation Centre,” after consultations with the United Nations Children’s Fund and the International Committee of the Red Cross. Neither of these organizations has a reputation for condoning child abuse and torture. The note says Foreign Affairs is “prepared to expand” its monitoring of transferred detainees at the Juvenile Rehabilitation Centre. The Afghan National Directorate of Security, which processes detainees transferred to Afghan authorities, has been accused of torture in the past. This risk can and should be mitigated by the careful monitoring of detainees who have passed through Canadian hands. But the treatment of prisoners is ultimately an Afghan responsibility.

One more thing, which my not seem immediately relevant, but bear with me: I spent some time in Haiti in 2008, before the quake, including at several prisons. Corrections Canada officers helped run them, and Canadian police mentored Haitian cops who brought those they arrested to them. Few prisoners had been formally charged. Fewer still had faced a trial. They lived in utterly overcrowded and inhumane conditions, worse than anything I had seen anywhere else — including refugee camps, war zones, and Afghan jails.

The Haitian prisons were also full of children. I met a 13-year-old girl who had been in prison for two years without trial. A Corrections Canada officer told me about finding a jailed eight-year-old who had been accused of murder because she had been left alone with an infant who died in an accident.

None of this is to say the Canadians mentoring the Haitian government, police, and prisons staff were guilty of abuse. I have no reason to doubt claims that they had in fact improved conditions in the prisons. One inmate told me as much. The prisoners might have been living like pigs in a feedlot, but at least they no longer had to defecate in tiny plastic bags, which they would then toss out their cell windows in order to keep excrement off the floor where people slept.

I have two points. My first is that Canadians working in broken countries must deal with situations that are often ugly and complicated and offer only imperfect options. This doesn’t excuse malice, cruelty, or neglect. But it does suggest the need to more readily acknowledge that reality.

Here’s my second point. I’m willing to bet inmates at Haiti’s national penitentiary, a prison at which Canadians exercised significant control, suffered conditions worse than anything a Afghan child might face in Canadian custody at the Kandahar Airfield. But because there isn’t political gain to be had by probing the issue, nobody in Ottawa really cares.