Clive, you would have fared better as Bond 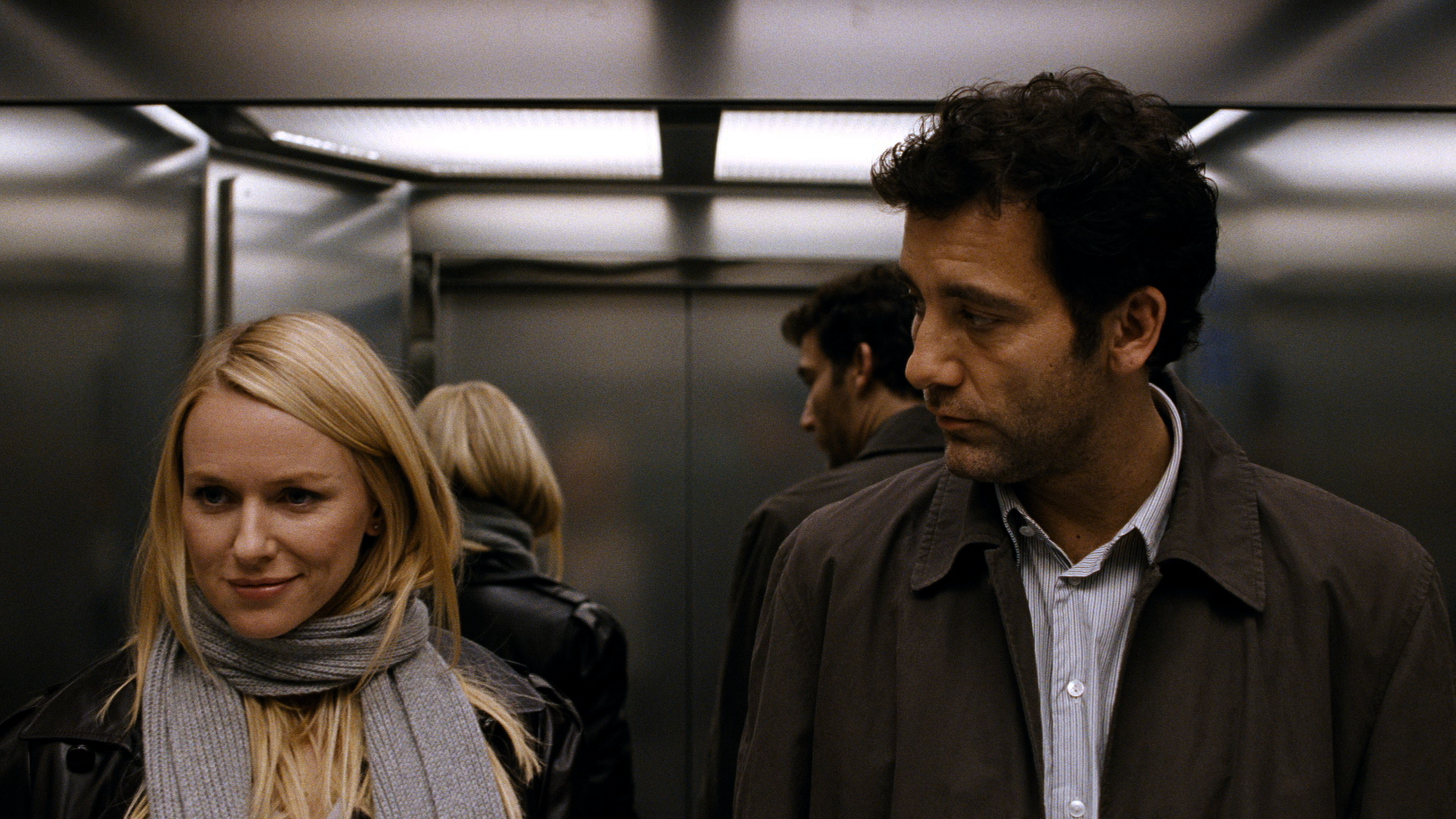 Before Daniel Craig was cast as the new 007, Clive Owen, the other True Grit Brit Who Can Act, was heavily touted for the role. No doubt, he would have been an excellent Bond. And after soldiering through The International with a license to wear stubble, he probably wishes he were Bond. I’m sure Clive would rather be enjoying an ice-cold martini, and contemplating cruel sex with a devastating babe, rather than plunging his grizzled mug into sink full of ice cubes and water so that a show-off German director can shoot him from the POV of the drain.

From the ubiquitous trailers, you would assume The International is a Clive Owen/Naomi Watts movie. Not true. It’s a Clive Owen movie, a generic thriller in which Owen shoulders the burden of a over-wound plot as Louis Salinger, a sleep-deprived Interpol cop who chase bad guys through picturesque world capitals. Watts, cast as Manhattan assistant district attorney Eleanor Whitman, tags along like an anxious mom, worrying about his health and sanity. The International is a tale global conspiracy with locations typed out it in the corner of the screen to the pulse of a portentous electro-beat. But compared to Bond or Bourne, this is second-rate stuff, and the suspense is choked by heavy-handed pretensions to intelligence. Like most espionage thrillers these days, including the Bond films, the enemy is high finance and the plot involves a shady arms deal. In this case, the villain is an invincible bank, which is more than ironic in light of the current fiscal meltdown. Lines like this become unintentionally comic: “The real value of a conflict is in the debt it creates—you control the debt, you control everything.”

The International is directed by German filmmaker Tom Tykwer (Run, Lola, Run), who has a great eye for urban landscape but a tin ear for dialogue, or at least the English-language variety. He has pulled off a rare feat, something I would have thought impossible: he’s extracted a bad performance from Naomi Watts. The flat line readings delivered by Watts make her sound like an overgrown child lost in a Nancy Drew adventure. She doesn’t just phone in her performance, she texts it—quite literally in one ludicrous scene where she corresponds with a source in what appears to be a blatant product placement for Blackberry. This is perhaps the first thriller in which the purr of a Blackberry’s vibrate alert, amplifed in Dolby 5.1, has been used as a suspense device.

When a superb actor like Watts is simply going through the motions, appearing for all the world as if her mind is literally elsewhere, you have wonder about the script and the director. The script, penned by a dude with no previous credits named Eric Warren Singer, has a fatal habit of telegramming its themes through the dialogue. And the Watts character is so underwritten she has nothing to work with, aside from care-taking Clive’s backstory: “You need to take better care of yourself. We can’t have you crash and burn like you did two years ago.” Owen is more convincing, and (as always) he inhabits the moment as if he owns it, but his one-note performance stays on the same level of coal-burning intensity throughout the film. But it’s insane that the script didn’t given him a romantic subplot with Watts. What were they thinking? The only soupcon of sexual chemistry between them is a glimmer of flirtation on an elevator—the scene that is inevitably clipped on talk shows, although that’s as far as it goes.

As for the direction, Tykwer seems more enamoured with architecture than with his actors. The movie’s one impressive set-piece action scene is a blood-soaked, glass-shattering shootout that takes place in Manhattan’s Guggenheim art museum. Avant garde video panels provide the backdrop as the gallery’s spiral interior is riddled with bullets. It’s the kind of scene De Palma used to specialize in, although it lacks his finesse. The wholesale obliteration of one installation piece after another gives new meaning to the word “deconstruction.” But the scene is so extravagant, it overwhelms everything that precedes and follows it. It should serve as the film’s finale, yet the plot grinds on for another act, as Armin Mueller- Stahl is trotted out as a former Stasi chief who serves as the conspiracy’s eminence grise. Summoning just a pale glimmer of the menace he conveyed as the Russian crime boss in Eastern Promises, Mueller-Stahl labours through dialogue that has him cough up one phlegmatic aphorism after another. “There is a difference between truth and fiction—fiction has to make sense,” he declares, as if originating an idea that should, in fact, be credited to Mark Twain. Then there’s his one: “Sometimes a man can meet his destiny on the road he took to avoid it.” And another: “Sometimes the hardest thing in life is to know which bridge to cross and which to burn.”

Let me add one of my own: Sometimes a movie, like a bank, can collapse under the weight of its own over-leveraged ambition.