Comedy Tonight -- Which Is To Say, Comedy Last Night 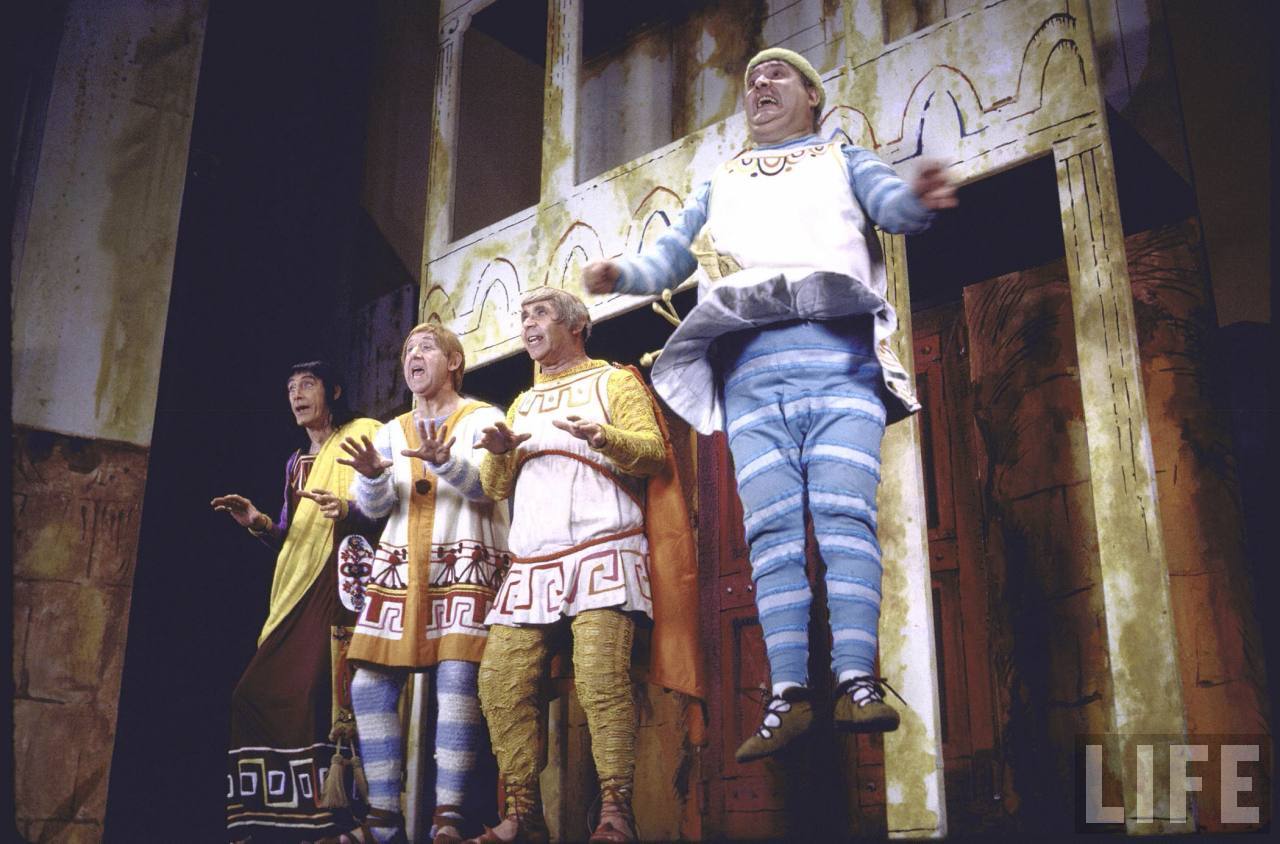 – The excellent season finale of The Office didn’t have a tag (a scene before the closing credits but after the final commercial break), which was a bit disconcerting. I actually prefer the show without the tags, but I’m so used to them that I simply didn’t expect the show to be over after Pam’s Big Revelation™; I was not mentally prepared to think that that was the end. That’s why I think it helps a show to have the executive producer credit at the end, the way 30 Rock does: when you see Lorne Michaels’ credit, you know the episode is over.

– I’m still not into Parks and Recreation but the sixth episode was the best yet, and the presence of writer Norm Hiscock on the show is a good sign. (Hiscock, formerly head writer for Kids in the Hall, was hired by Greg Daniels to write many episodes of King of the Hill; after he left that show, he moved back to Canada and wrote for Corner Gas among others. I guess Daniels lured him back.) There are reviews from Televisionary and (more positively) from Myles; both agree in their own ways that the documentary format, uneasily grafted onto this show, may be holding it back. (It may be a little cursed by the fact that it grew out of NBC’s desire for an Office spinoff.)

– One advantage of 30 Rock‘s single-camera setup and cartoonish style is that it allows the writers to get away with using some of the oldest sitcom plots on record. Last night’s episode had at least four much-used plots: dad needs a kidney; celebrity guests are called in to put on a show; a character has a secret shame because he never graduated from high school; a character becomes famous as the Advice Lady. A traditional-looking sitcom might get away with one of these plots, but not all of them at once; it would be pilloried as a cliché factory. But because it has irony cred, 30 Rock can get away with using these old TV plots more or less unironically. (Of course, the writing has to be good too, or it still wouldn’t pull this off.)

– And speaking of how sitcoms are shot, while ABC has already decided to pick up another season of Scrubs (with guest appearances by Zach Braff) and is likely to pick up Samantha Who?, the network is considering a change in the format of these shows. One or both of them might change to a hybrid multi-camera setup like How I Met Your Mother uses, where a show is filmed without an audience, but using multiple cameras and entirely (or almost entirely) on studio sets. Such a change, if it happened, might help Samantha Who lose some of its dead spots and the re-tooled Scrubs distinguish itself from its original version. But the main point would be to save money — without location shooting or the more elaborate lighting required for single-camera, these comedies would be much cheaper to shoot.

Part of the reason modern single-camera comedies have often run into trouble is that they are usually shot with the production values and location shooting one would expect from their drama counterparts. Back in the ’60s when most comedies were single-camera, almost all of them were shot really fast, using only studio sets or backlots, and without a lot of time expended on lighting setups. Even The Andy Griffith Show, which was the best-looking single-camera comedy of its era (thanks to the cinematographer, Warner Bros. movie veteran Sid Hickox), shot most of its episodes in about three days. One of the reasons The Office thrives — and perhaps one of the reasons the producers chose the same format for Parks and Recreation, where it’s not as appropriate — is that its format allows for faster, cheaper shooting than most comedies. (On a commentary track for My Name Is Earl, the cast members note that their counterparts on The Office spend most of their time on one set and don’t work the long hours that are common on Earl.) I don’t know if the HIMYM hybrid approach is really the answer, but more and more networks are going to be looking for ways to make audience-less comedies that are shot fast.