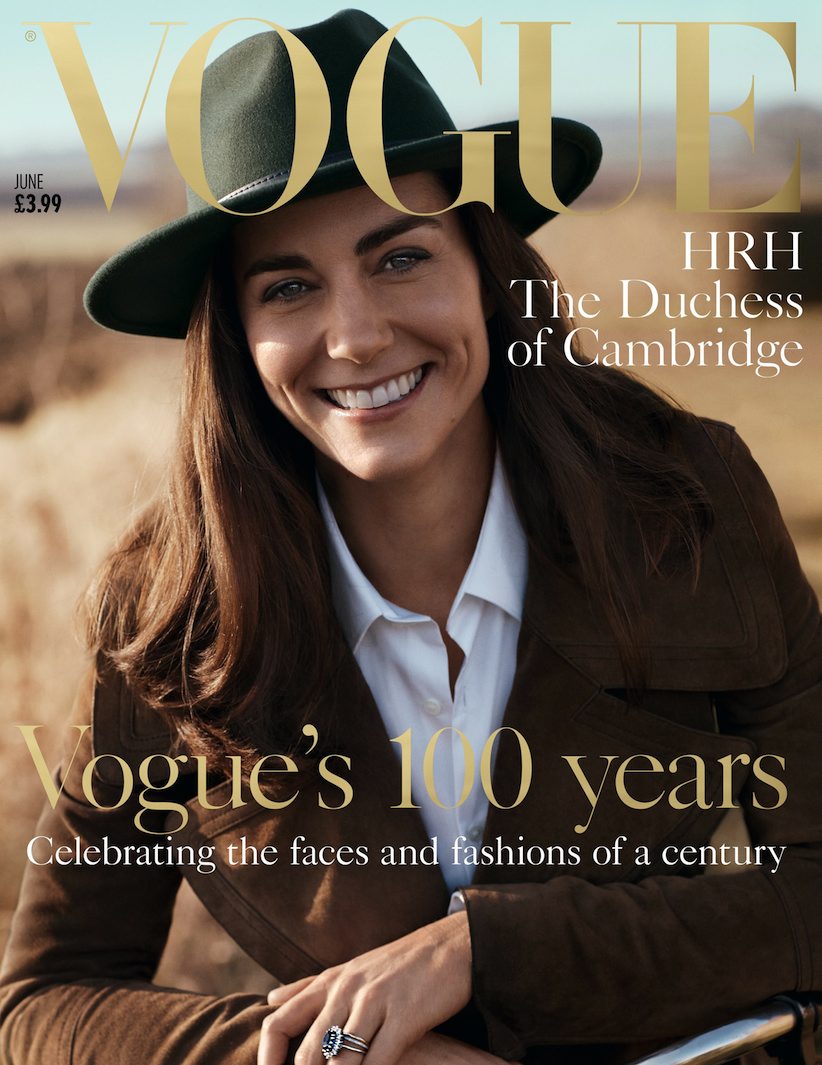 In this handout photo provided by British Vogue on Sunday, May 1, 2016, Kate, the Duchess of Cambridge poses in Norfolk, England, for the magazine’s centenary issue. (Josh Olins/British Vogue via AP)

LONDON — The British edition of Vogue will mark its 100th anniversary with a rare portrait of Kate Middleton looking relaxed in the countryside.

The Duchess of Cambridge opts for a casual look in her first-ever cover shoot for Vogue. The fashion magazine is publishing a series of Middleton images shot by photographer Josh Olins in its June edition and some will be placed in Britain’s National Portrait Gallery.

Kensington Palace said Kate “hopes that people appreciate the portraits with the sense of relaxed fun with which they were taken.”

The casual clothes and settings provide a counterpoint to the more formal portraits commonly produced of senior royal figures.

The Duchess plans to visit the National Portrait Gallery in London on Wednesday to view the Vogue exhibit.

FILED UNDER: Duchess of Cambridge