'The Hangover': it's no 'Wedding Crashers' 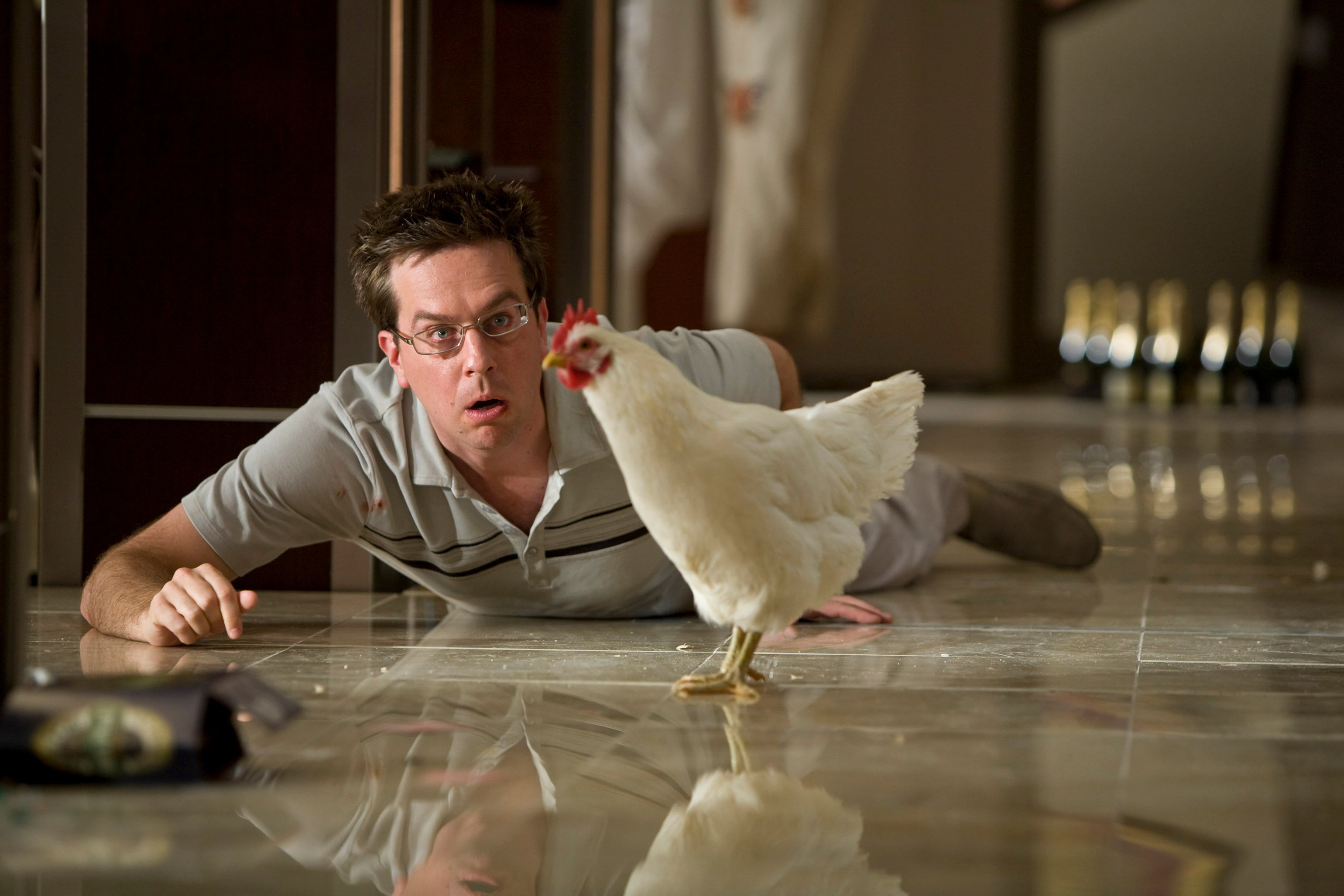 Ed Helms in 'The Hangover'

I’m weighing in a bit late on this. While I don’t make a habit of reading other reviews, even the most cursory scan of the media shows that the critical mass of opinion is hailing The Hangover as this summer’s Wedding Crashers, or Knocked Up. Huh? Sure, I can see the parallels. The Hangover is another broadly physical comedy about overgrown frat boys behaving badly. And like those other summer hits, it belongs to the post-Judd Apatow universe, in which men can behave like idiots and salvage their battered manhood in a last fling of partying before surrendering to women who are smarter, more powerful and infinitely more evolved human beings. But unlike Wedding Crashers or Knocked Up, which had substantial female characters and credible stories, The Hangover is basically just a collection of gags strung to a clever high-concept premise—a farce about a Las Vegas bachelor party that is all about the aftermath, leaving out the wild events that caused the brutal hangover. As for the female characters, they remain strictly on the margins. Cooling their heels back home, there’s a trophy wife, a chilly fiancee, and a ball-busting, hen-pecking shrew of a girlfriend. The only woman who’s vaguely human in the picture is the hooker-with-the-heart-of-gold played by Heather Graham.

Not that there’s anything wrong with a movie that boasts the same gender inequity as a stag party. Guys deserve their own Sex and the City, I guess. And these guys do generate some laughs. Aside from the groom (Justin Bartha), who goes missing for much of the movie, there’s the macho dork played by Bradley Cooper (the bad finance in Wedding Crashers), the p-whipped dentist who lies to his girlfriend that he’s on a wine tour of the Napa Valley (Ed Helms from The Office), and the screw-loose future brother-in-law (Zack Galifianakis). The boys wake up from their night on the town with severe headaches and a collective case of drug-induced amnesia. Their luxury Vegas hotel suite is trashed, there’s a tiger in the bathroom and a chicken in the living room, the dentist is missing a tooth, and the groom has vanished. The gang tries to un-puzzle the night’s activities, which involve the hooker who is freshly married to the dentist; boxer Mike Tyson, who is the owner of the tiger; and an effete Chinese gangster, who’s oblivious to the irony of his own flaming stereotype by making fun of Galifianakis’s character as the “fat guy.”

If you’re going to compare The Hangover to anything, it’s like a less ruthless version of Very Bad Things, that very dark comedy about a Las Vegas bachelor party that begins with a hooker getting killed, and then goes from bad to worse. For guys, there’s a certain pleasure in seeing men onscreen who behave more badly than you could imagine yourself doing in your wildest dreams. And the guys in The Hangover, unlike those in Very Bad Things, get away with it. But the movie, in the end, feels as as shabby as the unfulfilled lives that, we assume, these men will resume once the fun and games are over. I guess you’d call The Hangover a crowd pleaser, up to a point. But the gags wear thin and our own hangover sets in before it’s over. Oddly, the movie offers its biggest payoff in a stills montage over the final credits, and by then the party is well over.