Opening Weekend: It's amazing but true—the new Dan Brown movie is not boring 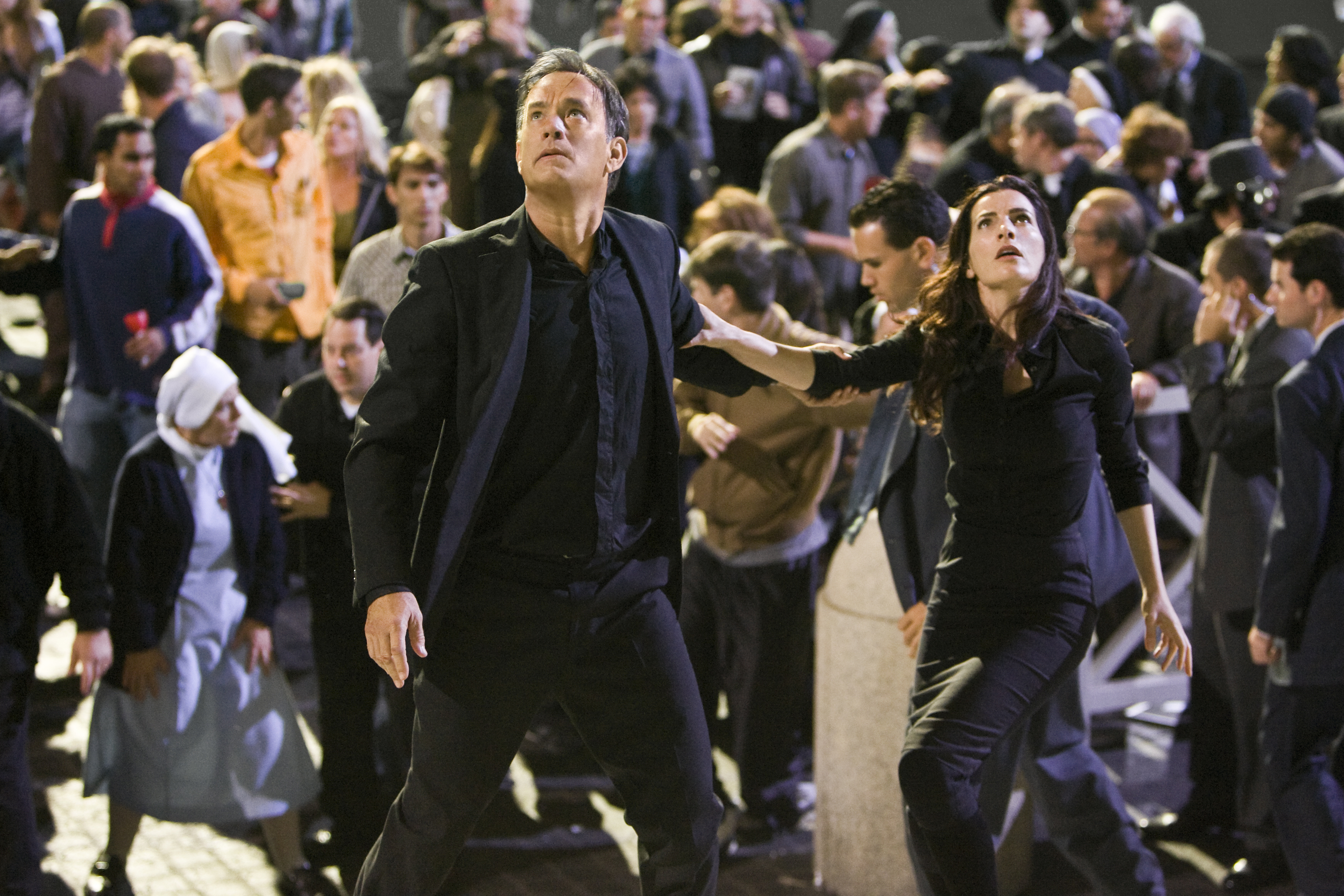 Tom Hanks and Ayelet Zurer in 'Angels and Demons'

Although novelist Dan Brown wrote  Angels and Demons before The Da Vinci Code, the movie version is being launched as a sequel to the Da Vinci blockbuster of 2007. The same formula is in place, along with the same director (Ron Howard) and the same star (Tom Hanks). So it would be reasonable to expect that the second movie would suck as much as the first, if not more so. Well, surprise, surprise.  Angels and Demons is better than The Da Vinci Code. Which isn’t saying much. But even though the plot is as farfetched and formulaic as Da Vinci’s, there’s a lot more going on. Da Vinci was an ecclesiastical mystery that unwrapped its narrative as a series of expositions. In other words, there was very little action, aside from the grisly bit of violence in the opening scene. No action, no drama. So the filmmakers had to rely on gimmicky set pieces like that chase scene in a smart car. And the film was really just a snakes-and-ladders tour of churches and cathedrals.  Angels and Demons is another Old World travelogue, a movie that will no doubt provide a template for a entire subset of the tourist industry, if it hasn’t done so already. But the story does have action, quite a lot of it. It’s a serial killer mystery, and although it’s hopelessly pedestrian, it’s never boring.  Plus it takes place against the backdrop of a Pope’s death and a power struggle to replace him.

Tom Hanks is back as Robert Langdon, the Indiana Jones of symbology. The actor’s wry wit has a little more room to move this time around, as if he’s playing off, and playing down, the mythic stature gained by his character in the first movie. And he has another French demoiselle to tag along for the ride, in this case a physicist played by Ayelet Zurer. The plot is more akin to a James Bond or Mission Impossible flick than to the last Dan Brown movie. It hinges on a ticking time bomb of anti-matter that has been stolen from a particle physics facility, and is hidden somewhere in the touristic maze of architecture. The device will level the Vatican plus much of Rome if it goes off. The Illumnati, a secret society of science lovers avenging a history of Vatican persecution, are the bad guys.

Cardinals are picked off one by one, in a diabolical scheme patterned on Air, Earth, Fire and Water. So it’s kind of like Seven for Catholics, or atheists. Frankly I think this film, despite the attempts at controversy, will appeal to all stripes of popcorn lovers. Ewan McGregor is creatively cast as a wild-card character, a devoted high-level priest called Camerlengo Patrick McKenna. And as predictable as the movie is, there’s a crazy series of twists at the end that no one could see coming.