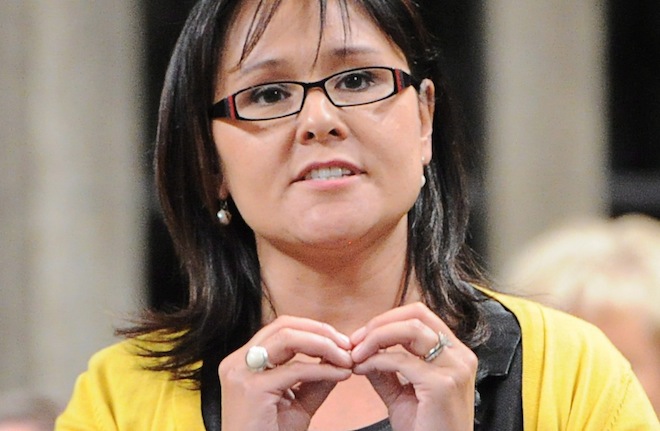 Science-ish interrupts the usual programming with this letter to the Honourable Leona Aglukkaq, the Federal Minister of Health

Imagine a government that designed health policy on the basis of evidence that was 10 to 15 years old. And that health policy not only didn’t reflect the hard lessons learned at the cost of  taxpayer dollars but also of people’s lives.

When you announced last week the government’s intention to create “a web-based list” of clinical trials for Canadian patients, it was almost as if this “news” came out of a vacuum, isolated from the on-going conversations about clinical trials registries happening here and around the world.

You’ve said, “This project will make information about drug clinical trials easier for Canadians to find and use so that they can make informed decisions about their health.” But such a list, as we have learned in other countries, probably won’t empower patients. And it wouldn’t have saved the lives that have been lost because of a lack of transparency around clinical trials.

Before you move ahead with this listing, which is embarrassingly out of step with the evidence, please consider some of the ideas I’ve gathered from the literature and key researchers who have been studying this issue in Canada and beyond.

1. We don’t need a ‘web-based list;’ we need mandatory trial registration for all trials.

When governments learned—mostly through legal discovery—that drug trials showing negative results had been done but never saw the light of day, which meant patients and their doctors did not have a full picture of the potential side-effects of treatments and people died, jurisdictions started moving in the direction of mandatory trial registration for all clinical trials. This means documenting all trials that are being done—not only the favourable ones—and pooling that information in databases for all to see.

In Europe, the U.S., Australia, even developing India and Brazil, clinical trials registries already exist. As you know, Canada lags here. We don’t have our own registry, and only trials that are funded by Canadian taxpayers or are carried out by a source that gets public funding, such as hospitals, need to be registered in international databases. As it stands, industry-funded trials done in Canada or by Canadians elsewhere don’t need to be registered at all! As a first step, why not make it mandatory for all Canadian trials to be registered? We don’t even need our own database or listing to do this.

One of the benefits of being a laggard when it comes to clinical trials registration is that we can learn from the mistakes of others. Namely, it has become apparent over time that simply mandating trial registration—without penalty and oversight—doesn’t mean trials will actually get registered.

Michael Law at UBC studied this problem with America’s trial registry, clinicaltrials.gov. He found that 39 per cent of trials were registered late and only 12 per cent of completed studies reported their results within the required first year. Other studies of the U.S. trials registry have come to similar conclusions, so policymakers have responded by requiring trial registration before studies even begin, and enacting penalties for non-compliance. For example, researchers who don’t play by the rules in the U.S. face fines of $10,000 per violation per day.

There’s no reason to believe Canadians would act more transparently or cooperatively than their international counterparts. So it’s a pretty safe bet that the voluntary listing you suggest probably won’t reflect all the science that’s being done in Canada, and therefore, won’t actually help patients. Because of this, Matthew Herder at Dalhousie University said, “There should be a requirement entrenched in law with clear penalties that all clinical trials be registered.”

He added that right now, research ethics boards at universities and in hospitals are theoretically making sure this reporting requirement is being followed in Canada, “and it is not clear they are enforcing that requirement.” Again, the U.S. example may be instructive: This year, America shifted the authority for their national registry from the National Institutes of Health to the regulator Food and Drug Administration, with the aim of improving accountability. Canadian trials should have similarly stringent oversight.

3. While you’re at it, make trial results disclosure mandatory and open the data.

Your ministry’s news release about the registry stated, “This initiative is another example of the Government of Canada’s commitment to transparency.” While this listing will make it easier for Canadians to know whether a trial is happening in Canada, as we have seen, this is a baby-step in the direction of true transparency.

Notably: You have not mentioned whether you will make study data or results reporting from trials mandatory. Again, we are way behind other jurisdictions here. “In the U.S. and Europe,” said Herder, “there are live proposals to make not just registration, not just disclosure of results of the trials available, but raw data that’s produced in any trial available for re-use.” This came out of the realization that even mandatory registration with sanctions does not always provide a full picture of trials being done.

If we opened up our data, this would give Canada a leading edge in clinical trials reporting. “That opens another level of transparency,” said Law, “and allows people to go in, assess what’s going on in the data, and pool outcomes together.”

This kind of transparency would be particularly useful for drugs that treat rare diseases, which your government has already made a commitment to. For that matter, aggregating the data would be useful for the study of any drug: patients and doctors would have more information on which to make precious decisions about health, and researchers would have access to more data for their investigations.

Keeping this information hidden, Herder explained in an analysis piece for he CMAJ last year, weakens the evidence base. Right now, Health Canada only makes available a summary of reasons for approving drugs, but it doesn’t disclose the reasons why drugs are not put on the market. This is problematic. Take Health Canada’s lack of disclosure about why it rejected selective serotonin reuptake inhibitors (SSRIs) for people younger than 19 years of age. The data from clinical trials showed there were serious risks associated with prescribing the drugs in young people, including suicide. “But Health Canada also did not publicly disclose that evidence, and by 2004 SSRIs were being widely prescribed for teenagers,” he wrote. Doctors figured that if SSRIs were okay for adults, they must be okay for youth. If they had access to the data, they probably would have acted differently. Young people’s lives could have been saved.

Other cases like this abound. In the U.S., for example, the anti-arthritis drug Vioxx is estimated to have caused 100,000 unnecessary heart attacks, which led to some 10,000 deaths, because drug companies misrepresented their data, and downplayed the risks of harm. Again, open data may have saved lives. If you want to read more, the British doctor-journalist Ben Goldacre has gone to great lengths to document these scandals out of concern that patients and doctors are left to operate blindly.

Requiring the reporting of all trial results—good and bad—and opening the data would mitigate some of these problems and give a fuller picture of the science that informs health decisions. Europe is even going a step further by mandating the publishing of negative decisions about drugs, and the U.S. is looking at a proposal to do the same. This is an added layer of transparency in case such information is not captured in trial registries because of non-compliance or published in journals because of the well-documented tendency to favour positive studies. Yet here, we’re only talking about a voluntary listing. Why is Canada so far behind?

When we have clinical trial data that is unreported, selectively reported, or missing-in-action, it creates hidden biases, a skewed evidence base. It creates a culture of medicine that is built on lies. As the researcher Peter Gøtzsche has written, “The fundamental problem is that, with rare exceptions, we do not know what the true benefits and harms of our interventions are.”

Canadians are putting their health on the line by participating in clinical studies, and in many cases, funding the research with their tax dollars; doctors are prescribing on the basis of limited and flawed data; researchers are working with only a sliver of the science that could be available to them to advance knowledge about treatments in humans. They deserve more than this half-measure.

You, Federal Health Minister, have an opportunity to be a leader in this area, to create a global model that would truly save lives and empower patients. Instead of creating easy policies that only pay lip service to patient empowerment, consider taking evidence-based measures that might truly protect public health.