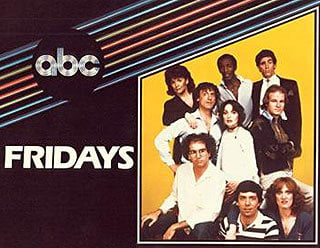 There are a couple of things worth looking out for when it comes to U.S. TV ratings this week. Last week two shows did pretty well in “death” slots that were widely expected to endanger them, and if they can keep it up this week, and for a little while longer, it might mean that the networks have stumbled on a new-ish scheduling technique.

The two shows I’m talking about are 30 Rock, which was moved to 10 p.m. on Thursdays, and Fringe, which got moved to Fridays. NBC was worried enough about the 30 Rock move that it was given a guaranteed pickup for next season, just to make sure the experimental time slot wouldn’t kill it. Fringe had no such guarantee, and it looked like it was being placed on Friday to die.

But both shows did all right last week. In essence, they did what they usually do, maybe a little better thanks to the extra promotion, and those ratings, which were not good elsewhere, are more than acceptable in these new time slots. Fringe‘s numbers are not good, particularly if you don’t count the famous bump it gets from heavy DVR viewing. (And I have no idea if advertisers really care: if they don’t care about viewers over 49, why should they care about viewers who are free to skip the commercials?) But its slightly under 5 million viewers, poor for any other night, is actually pretty decent for Fridays as long as its audience remains young. A rating of 2 in the Coveted Demographic is something Fox can improve on during the week; they’ve done much worse on Friday night. If Fringe continues at this level, a fourth season — also on Friday — seems likely.

Same with 30 Rock. Its ratings have never been what a more successful network would consider a success on Thursdays at 8:30 or 9:30. But it’s not the kind of show whose ratings fluctuate a lot: it rarely does better than its usual level, but it rarely does worse. And while that level is not good early in the night, it’s pretty good at 10:00. That hour has been decimated on all networks due to DVR viewing and heavy competition from cable (since that’s the hour when cable counter-programming really kicks in). The viewership has gotten smaller and older. Which means that if 30 Rock gets what it usually gets in the Coveted Demographic, that’s good enough for a second-place finish at 10 — whereas at 8:30 it wasn’t even good enough to beat Shat My Dad Says.

The “code” both these networks may have cracked is that some shows go up and down in viewership, but there are some that are low-rated but reliable. Meanwhile, the hope of finding a real hit on Friday, or at 10, is declining fast; Friday may be going the way of Saturday (there used to be huge hit shows on Saturday nights), and young people increasingly don’t watch TV at 10. So those may be the right places for the shows that get a reasonable, acceptable number of young viewers. They won’t have a hit, but they’ll do much better than they would with almost any new show at those times.

This probably won’t work for a new show, though we’ll see what happens when ABC plugs in a new comedy at 10 o’clock on Wednesdays later this season. The danger can be glimpsed from what happened to Outsourced last week: having done well after The Office, it collapsed at 10:30, making me wonder if angry affiliates are once again calling up NBC about the effect on the 11 o’clock news. But Outsourced is a new show that hadn’t built up any kind of solid following (and probably never was going to). Putting a show like that at 10:30 is like moving a little-known new show to Fridays; those shows will lose viewers because they never had a real hold on them. But that may not be the case with Fringe. Fringe used to be a hit until it became impenetrable to casual viewers. The people who stuck with it are the people who really like it and will follow it anywhere. When you have a show like that, Friday may be the place where it can be shown off to best advantage, because loyal viewers are worth more in bad slots.

If 30 Rock continues to do all right at 10, my suggestion to NBC — which means it won’t happen — would be to move Community to 10:30 next season (after 30 Rock, assuming 30 Rock stays at 10, I mean) in exchange for giving its production company (Sony) a guarantee of a full season. That show is not a strong enough performer for 8 o’clock, and the network really needs to try something new there. But it has proven that it will get the same basic 18-49 numbers no matter what it’s up against. It doesn’t gain many viewers, but nothing takes viewers from it, not Big Bang Theory, not Idol, not anything. That makes it a show that fits the 30 Rock and Fringe profile of a show whose ratings would look pretty good if it got them in a different time slot. 10:30 might be different from 10 because, as I’ve previously mentioned, the affiliates might do to it what they did to Leno — but only if the ratings are out-and-out terrible. If a show goes there and performs not great, but acceptably, the affiliates will probably be overjoyed at this point.

Expectations are getting lower all across the board; maybe networks are starting to realize this and use it to their advantage by finding spots for the low-rated shows they love. And of course, if a show’s ratings are good enough to survive, then who cares where it is or what time it is? (All right, we care if we want to see it live and we miss it, but it is usually possible to catch up with the episodes later.) Ratings only matter to us normal people because they make the difference between cancellation and renewal. And for some shows — selected ones, with the right type of audience and the right amount of audience loyalty — “bad” time slots might turn out to be the key to a long run.