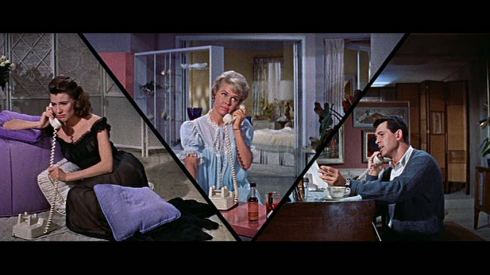 This is an observation, not a complaint – actually, I kind of like this – but cell phones have made a lot of pre-2000 (or even later) entertainment seem prematurely old. Every piece of entertainment dates, of course, and methods of communication become particularly dated: you can’t build a movie around people sharing a party line. But the way phones were used was pretty stable for a while, despite the gradual disappearance of party lines and other plot-device magnets. In the 1978 Superman movie, there’s a gag based on the fact that most modern pay phones are no longer in booths. Still, pay phones were still around, 40 years after Superman was created, and 40 years later, it was completely plausible that a journalist would excuse himself to get to a phone and call in a breaking story. The proliferation of mobile phones has not only changed that particular plot device, it wiped out a lot of other plot devices or forced writers to come up with increasingly implausible excuses for someone’s cell phone to break down.

There are other technological changes that fiction has had to incorporate, but a lot of the biggies, like the invention of the telephone and the automobile, occurred before motion pictures became big. And television, while it is a huge part of our lives, didn’t change as many fictional plot devices – partly because most characters in film and TV tend not to watch TV all that often. Then there was the internet – but it was relatively easy to ignore the internet in writing a scene, as long as a character could not access the internet from wherever he or she happened to be. But the cell phone has changed the way scenes are staged (people talk on the phone to each other from all kinds of places, and usually while walking), it’s changed the pacing of scenes, and it can even change the group dynamics: there’s a lot of talk about how many Seinfeld plots wouldn’t work if they had cell phones, but a Seinfeld scene at the diner would also be different if the characters were able to talk to other people in the middle of it.

It wouldn’t be worse, mind you; the cell phone has helped writers find new plot devices to replace the old ones. I happened to see a NewsRadio and a Simpsons over the weekend, both from around 1995, both of which made a plot point of someone having a “cellular phone.” Today they wouldn’t need to explain that someone has a cell phone, but it helped the writers to be able to have someone make a phone call from an unlikely place. And let’s face it: plots like “mailing a letter and trying to get it back,” or “leaving an answering machine message and needing to erase it,” had been done enough.

Still, I’m actually quite looking forward to the next step in the ongoing evolution of fictional communication: plot devices related to texting. Texting is not new, but popular culture always lags behind, so it’s been fairly slow to incorporate texting: I sometimes get the impression that there’s more “sexting” going on in fiction than there is regular texting. Still, text messaging is going to produce some good ideas for scenes, and may actually be more flexible a device than a phone conversation: it takes less time to read out a scary short message, or cut to the message (followed by a close-up of a character pondering said message), than it does to carry on a phone conversation. And if the writers don’t want to interrupt a conversation between the characters who are physically present, texting is helpful. A recent scene on Parks & Recreation had Rob Lowe’s character text another character (and the writers were able to turn this into a gag about his superhuman ability to type without looking at what he’s typing); it would have been a more cumbersome scene if he’d had to make a phone call.

Which is why I can’t agree with this article about how texting is taking us all away from human communication. I mean, of course it’s rude to text in class or to ignore someone who you’re talking to, but that’s just  elemental human rudeness, unrelated to technology per se; the idea that texting is a new form of rudeness seems premature, or based on an assumption that talking is always more rewarding than just getting some basic information. But never mind real life; the world of text messaging has all kinds of intriguing possibilities for fictional life. The return of the short text message, combined with voice technology, could eventually bring back some form of that most valuable device of them all: the singing telegram.