I’m not really equipped to evaluate the finale of Battlestar Galactica. (Because I haven’t kept up with all the developments this season, and this is a finale that obviously rewards viewers who have followed every episode — or punishes them, depending on how you reacted to it.) But.. (and don’t read further if you’re anti-spoiler) 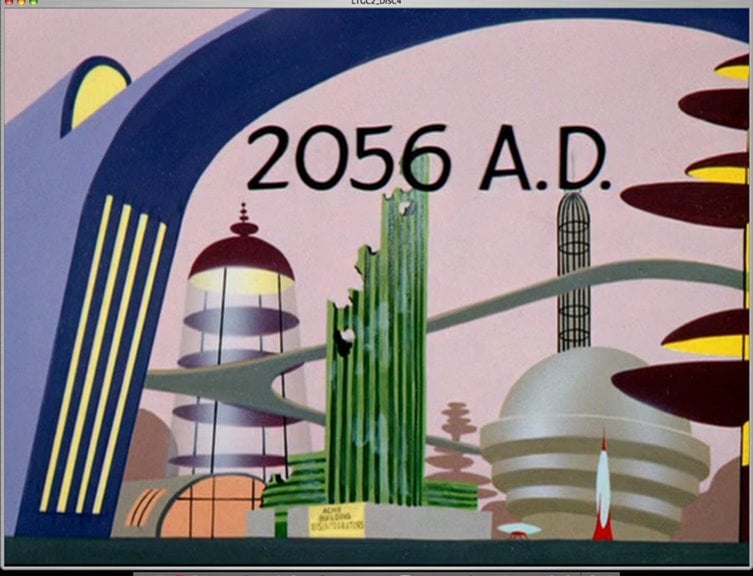 I will note that the final twist reminded me of how pervasive the influence of Star Wars has become. (Well, I mean, apart from the fact that the original series, and therefore this one, would not have been on the air if it hadn’t been for Star Wars.) Outer-space stories set in the distant past rather than the future used to be be considered kind of an oxymoron, and with one caption (“a long time ago…”) Star Wars changed that, for good or ill. So now we’re at the point where a futuristic sci-fi series can reveal that it actually took place in the past, and that’s not one of the top 10 most suprising revelations in the series. I’ll admit that the point of this twist kind of eluded me, if only because all science-fiction is about the present; that being the case, it seemed a bit odd to spend such crucial minutes on saying what already went without saying — that this is a cautionary tale about our time. (It’s what might be called the One Froggy Evening ending.) But it’s a pretty minor point one way or the other.

I also went looking for a snarky recap of the finale. Good snarky recaps are hard to find — the TWOP recaps don’t do it for me at all, being basically just straight plot summaries with a few jokes thrown in — but I like this one, which angrily summarizes the plot in simple, un-adorned detail. Actually it’s not so much snarky as enraged, which is probably more enjoyable than snark.

Then it turns out that each of the Final Five only knows a PART of the secret of resurrection so they have to mindmeld by sticking their hands in Anders’ goo bath in order to give Cavil said secret. Then Tory spends like five minutes being like I KNO WE WILL SEE EVERYTHING IN EACH OTHER’S BRAINS IF WE DO THIS SO JUST KEEP MIND OKAY THAT WE ALL HAVE DARK SECRETS. WE. ALL. HAVE. SECRETS. and everyone is like, YEAH WHATEVER. So they mindmeld and then of course they all see that she killed Cally and then Tyrol breaks the mindmeld and kirks out and chokes Tory to death. And Cavil is like OMG IT’S A TRICK and so fighting breaks out and he randomly shoots himself in the head for no apparent reason.