Dirty Dancing in the Laurentians with Almodóvar

After two and a half weeks of being holed up in a cabin on a Laurentian lake, it’s time to break blog silence. It has rained every day I’ve been here except one. The weather in Quebec has been so unrelentingly wet this summer that it has become major news, literally. It’s all anyone talks about on the local English CBC radio. The lead front-page headline in The Gazette a couple of days ago was “Last call for vacation Fun” under a banner reading “Soggy summer.” Stuck indoors, I’ve plowed through a pile of books and various DVDs-including a boxed set of films by Pedro Almodóvar-but last night I broke the cabin fever with a road trip to St. Sauveur to catch a performance of a Brazilian dance troupe called Mimulus. 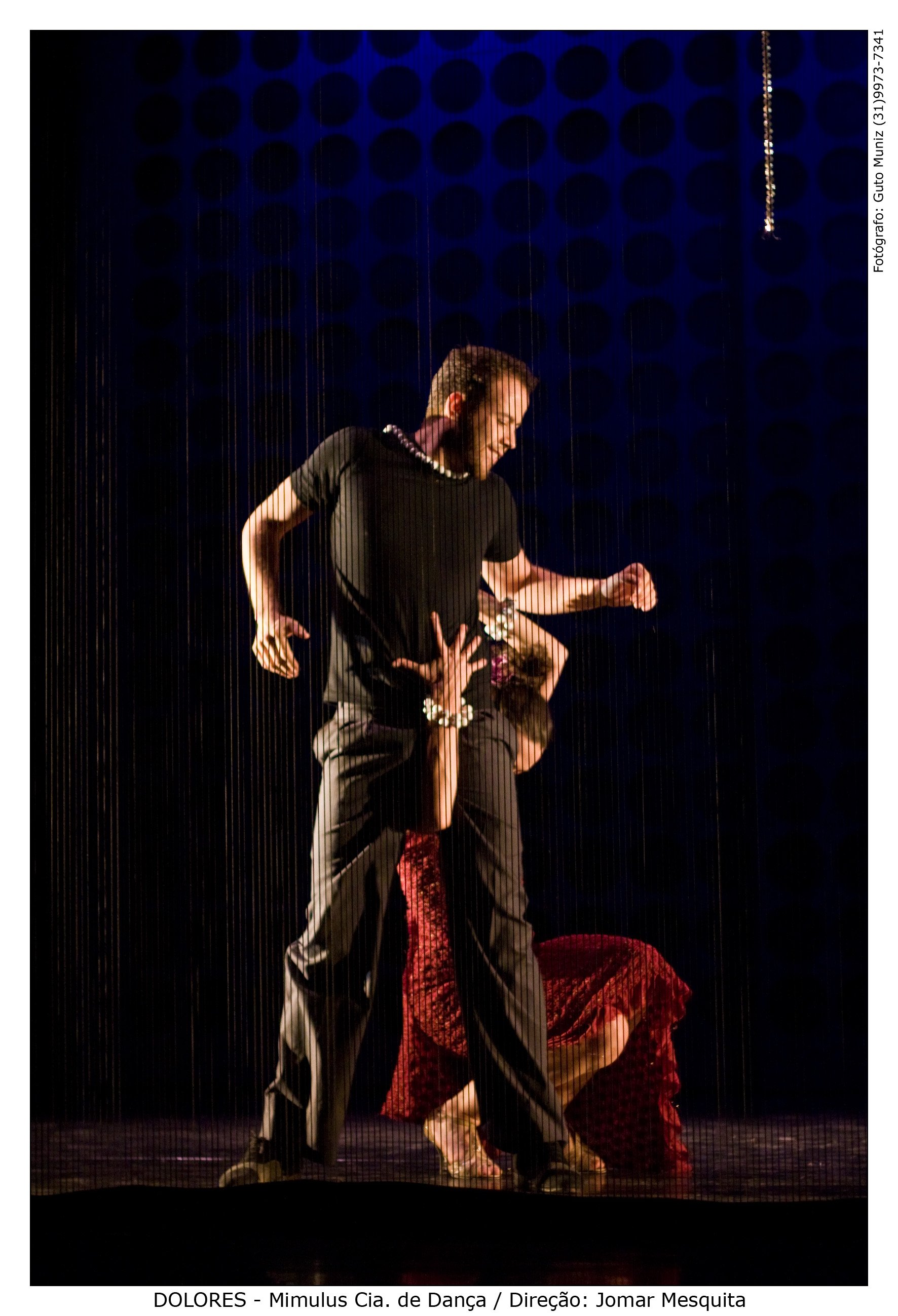 A featured attraction at the Festival des Arts de Saint-Sauveur (FASS), Mimulus was presenting the North American premiere of a Dolores, a program inspired by the films of . . . Pedro Almodóvar. I’d never even heard of this event; Quebec has so many summer festivals, it’s hard to keep track. But FASS, now in its 11th year, has carved out a niche as a vibrant showcase for the performing arts, with the accent on dance. Mimulus was one of three international dance companies staging North American premieres at this summer’s festival (July 31-August 10)-along with troupes from Germany and Israel. I was intrigued by a blurb from the New York Times, suggesting that “Mimulus ought to be bottled and sold as elixir.” Sounded like an antedote to a soggy summer. And I wasn’t disappointed: the show was truly exhilarating.

Dolores was staged under a white Big Top off the main street in St. Sauveur. Since it was under a tent, I expected a low-rent affair. On the contrary. A packed house of over 600 well-heeled spectators filled reserved seats in a raked auditorium in front of a high-tech stage. And the production was as good as anything I’ve seen in Toronto in the past two years. The National Ballet, Luminato . . . somebody should bring this remarkable troupe to the rest of Canada.

Some dance is dangerously avant-garde. Some is broadly entertaining. Dolores, like the filmmaker who inspired it, was both. The title is the Spanish word for pain. But as in Almodóvar’s films, this is pain of the most exquisite sort. Although dancer Jomar Mesquita’s choreography does not seem to mimic any of the director’s characters or narratives, he uses dance to create a Almodóvarian character drama. And it certainly captures the hallmarks of the director’s style-the cheeky wit, the carnal melodrama, the visual flamboyance and sublime elegance. Not to mention a score that leaned heavily on Almodóvar soundtracks. Accelerating through Latin rhythms of bolero, tango, cha-cha, and salsa, the dance leavened burlesque aggression with acrobatic finesse. And there were swooning interludes of tristesse, from the opening number, Cucurrucucz Paloma, featured in Talk to Her ), to the Jaques Brel ballad Ne Me Quitte Pas from Law of Desire, sung by Brazil’s Maysa Matarazzo.

But this was also dirty dancing at its best. Thighs intersected like dueling switchblades. Asses were grabbed. Shirts were yanked. Women’s hair was pulled-to the point that, in some rag-doll sequences, it was like another limb. But then bodies would surrender and blend with disarming grace.

Built on fluid cadences of seduction and courtship, domination and submission, the choreography applied the poetic revolutions of modern dance to the predatory rituals of the ballroom and the street. The bold innuendos of flamenco and tango were always lurking, in the dancers’ defiant steps and the black-and-red swirl of their costumes, which (like the sets and props) had kaleidoscopic variety. Scarlet scarves morphed into skirts, slings, veils and turbans, before serving as sleds on which dancers were dragged around the stage. In a light bondage romance, beaded necklaces served as leashes, lassos, gags and belts.

Throughout the entire show, we watched the dancers through a scrim, a curtain of wires that covered the front of the stage. Eventually, in the ultimate act of liberation, it would be parted and penetrated. And with the audience on its feet, the troupe’s curtain call doubled as its finale, an energetic feat of virtuosity climaxing a marathon performance.

As we left the tent, a Brazilian drum band from Montreal called Le Bloco marched us down the street. Beside the church was another tent, and another show–a hair band playing a speed-metal of Candela, that Afro-Cuban standard by the Buena Vista Social Club.

Summer in Quebec. It’s still raining, but on the festival circuit the heat is on.