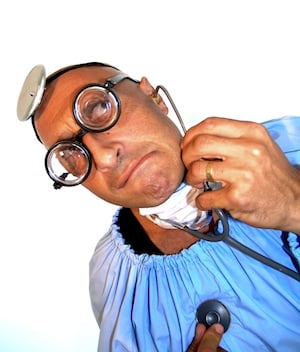 You get what you pay for, right? It’s taken for granted that this holds true when it comes to using financial incentives to improve the quality of physician care. For example, if a GP gets a smoker to quit or a doctor at the hospital treats a heart-attack patient with the best medicine, they’ll be paid extra.

Intuitively, this makes sense: rewarding physicians for providing better care should, theoretically, boost quality and lead to improved health outcomes. That may be why “pay-for-performance” schemes have been touted by policymakers around the world. The Affordable Care Act in the U.S. advocates the use of pay-for-performance programs at hospitals. Britain and Australia have already ushered in these compensation models at the primary-care level. And here in Canada, health-care observers have long argued that rewarding and incenting quality among doctors is the way forward.

But what about the evidence?

Well, it seems the scientific findings aren’t as enthusiastic as some policymakers. A recent article published in New England Journal of Medicine looked at how pay-for-performance schemes in the U.S. impacted patient outcomes, and in particular, whether the folks who went to pay-for-performance hospitals had a lower chance of death within 30 days of hospital admission. The result: there was no evidence that the pay incentives led to better 30-day mortality. “Taken together, these findings are sobering for policymakers who hope to use incentives… to improve patient outcomes,” the researchers stated.

Others have come to similar realizations. The World Health Organization’s review of the literature on the impact of financial incentives to improve the quality of health care found that study results were mixed or that there was not enough evidence to draw conclusions. Similarly, a 2011 Cochrane Systematic Review on this type of compensation in primary care concluded that “despite the popularity of these schemes, there is currently little rigorous evidence of their success in improving the quality of care.”

Dr. Chaim Bell, a professor at the University of Toronto who looked at the issue in Canada, told Science-ish that there are a few problems with pay-for-performance programs that aren’t immediately obvious. “By paying (doctors) for some things and not others, you are inherently putting an emphasis on one group.” So we may reward a conversation with a patient about quitting smoking but ignore cervical cancer screening.

Also, the assumption with pay-for-performance schemes is that it’s up to the doctor to do better. “For some things, that might be true. But maybe that’s not the problem and it’s not that the doctor is not trying or that he or she forgets. The problem may be further down the line.”

Allow Science-ish to complicate matters further by noting that studying this issue is really hard. Much of the research on pay-for-performance schemes involve studies that aren’t randomized, or only look at narrow quality markers, and don’t last long enough to measure the things that matter, like long-term health outcomes with chronic diseases. Plus, it’s difficult to asses whether this kind of compensation is truly cost-effective.

One recent study set in the Philippines, however, showed promise. It measured doctors’ performance at 30 hospitals: Some used individual bonuses for outstanding MDs and others system-level incentives, where whole institutions were rewarded for hitting quality markers. The lead author, Dr. John Peabody, of the University of California Los Angeles and Qure Healthcare, found that “pay per performance worked significantly to not only change performance but improve the health outcomes of children.”

But the story wasn’t quite so simple. “It wasn’t really pay per performance that seemed to drive the behavioural change,” Dr. Peabody continued, “but the measurement of performance.” So it may have been the policy all hospitals had in common—careful tracking and feedback about doctors’ work—that led to improvements in quality, not just the extra cash. Dr. Peabody added that this finding is consistent with non-experimental studies that show only modest or no gains from financial incentives.

Unfortunately, doctors don’t seem to get performance reviews very often. As one Toronto physician told Science-ish, in his some 30 years on the job he received feedback about his care of a patient only once. Maybe, then, better measurement and feedback would lead to better quality—or at least a deeper understanding of where things go wrong. As Dr. Bell said, “People feel if you want something extra, you have to pay for it. I’m not sure that’s the best motivator in this case.”