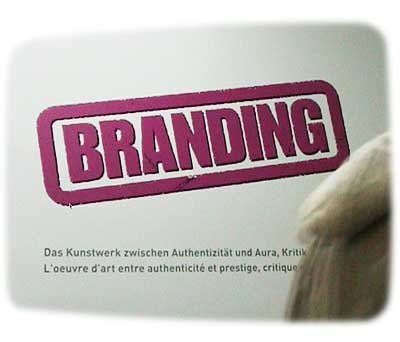 Tim Goodman of the Hollywood Reporter has his own theory of what ails Terriers (approaching the last episode of its first-maybe-but-hopefully-not-last season): it’s a branding problem. The show just doesn’t fit what viewers consciously or subconsciously expect from the network.

I don’t know. I have an ambiguous relationship to the concept of branding. On the one hand, I know it’s real, and have talked about it as real. A network, especially an ad-supported cable network, has to deliver certain things that its viewers — and advertisers — expect. Especially the advertisers; the average viewer might not have expectations of a network, but an advertiser certainly does have expectations of the kind of viewers their commercials are going to reach. (HBO also has a “brand” but defines it more eclectically, in terms of shows that have the feel of being “stuff the other networks won’t do.” That’s because they’re selling their service to the viewers, rather than to advertisers.) That’s probably the biggest factor in creating the existence and importance of a brand, since the average viewer does not — and shouldn’t — care what channel something is on as long as it’s entertaining.

But I’m sure the brand does influence the way viewers choose their shows, if only because a network’s brand is defined in opposition to whatever else is on television. If FX or AMC has shows that are “off-brand” then they might be too close to something else that’s on at 10 o’clock. In the case of Terriers it’s up against The Defenders on CBS and Psych on USA, two mystery dramas with a lot of humour. It’s darker than those shows, but still might bleed more viewers to the competition than a completely different, “alternative” kind of show might. That’s part of the point of original cable programming, to provide alternatives for people who don’t find that the other stuff is quite right for them.

My problem with jumping from that to saying that a network needs a brand, all the time, is that, first of all, it’s not really borne out by the evidence. Goodman has to bring up and explain away a lot of exceptions to the rule, and it’s hard to explain all of them away before the idea of branding starts to seem extremely nebulous. So for example, he talks about Fox’s comedy brand, yet their most successful half-hour live action comedy of recent years (not that that’s saying much) was ‘Til Death, which was certainly going against their brand. Over on FX, Justified just isn’t that different from Terriers, and its greater popularity can be explained more in terms of its greater bad-assedness than any extra edge that it possesses. In other words, never use “branding” to explain what can be more plausibly explained by pointing out that a show has more action and a cooler hero.

On the big networks, when they try too hard to brand themselves, it hurts them as often as it helps. NBC’s self-image as the hip, urban, affluent network may have kept them afloat with some advertisers but certainly hasn’t helped them build a stable lineup of shows, not compared to the more diverse (in every way) lineups they fielded in the ’80s and early ’90s. And of course if Fox had wanted to remain true to its brand as the edgy network, it would never have picked up American Idol. Or Bones, which could fit on any network. A true broadcaster can’t limit itself to shows that fit the way the executives would like to be perceived. Otherwise you can wind up like the CBC the year they announced they were going to build their lineup of original shows around the theme of being “sexy” and young-skewing.

Branding does work for broadcast networks at two extremes: finding the most viewers and dealing with having the fewest viewers. CBS has a “brand,” but the brand is really a side effect. That network has a policy of trying to get the largest possible viewership for all its shows, assuming that if they cast a wide enough net they’ll collect enough 18-49 viewers to satisfy advertisers (which so far is working for them). They specialize in three-camera sitcoms and crime procedurals largely because those are the most reliable eyeball-getters. And their sister network, the CW, has a “brand” largely because it’s doomed to have very few people watching, and therefore has to aim for certain specialized demographics if it’s going to get any advertising. They don’t do this as well as the WB did, but that’s what they’re doing.

But as to whether a network will drive viewers away by programming shows that don’t fit its profile — I’m not sure of that. I’m sure that a show may lose viewers if it’s too similar to something else on up against it, and that a half-hour show needs to be matched with a compatible show (which is what has spelled doom for single-camera sitcoms on CBS, or multi-camera shows in ABC’s Wednesday night lineup). But it’s hard enough for networks to come up with good shows that also fit certain Coveted Demographic profiles without worrying about whether it’s the right kind of good, young-skewing show for that particular network, and it’s not at all clear that it matters that much.

Remember, only a few years ago, NBC thought it had the new breakout hit in My Name Is Earl, a show developed for Fox and which seemed like a Fox show in every possible way (and unlike an urban-type NBC show in every possible way). The show burned out early, but nobody cared that it didn’t seem like an “NBC show.” And I doubt if the average viewer rejects Terriers because it doesn’t feel like an “FX show.” Remember, a cable brand is pretty nebulous given that cable channels spend most of their time, and make most of their money, showing reruns. FX is primarily the Two and a Half Men network for most people, just as AMC is the home of chopped-up movies. They can, and do, develop shows that pull in some of the same people who watch their flagship reruns, but as to believing that a cable network is the home of edge and sophistication, I think critics believe that more than viewers.