Enough About Me, Here's a Quote From Me

I got interviewed for a long article on the traditional sitcom (which I guess seems to be my specialized field; journalism isn’t all that different from academia after all) by Tim Walker from the Independent. That article is now online, and it’s a good one long before he gets to the quotes from me. The issues involved are the usual ones, but from a UK perspective; there, as in the U.S., the fight between traditional and non-traditional sitcoms, and a broader fight between naturalistic and non-naturalistic comedy performance, has been going on for a decade. 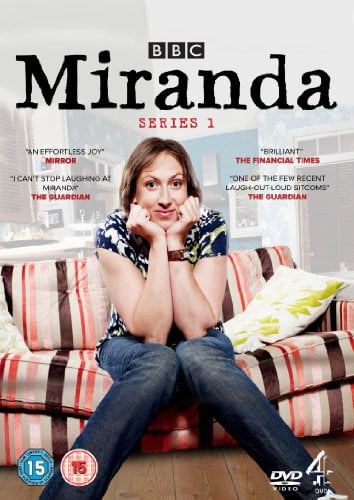 In the UK I think the discussion is a little healthier because it’s more openly based on first principles, or differing ideas of what comedy can or should be. Ricky Gervais represents the school of comic naturalism, and brutally caricatured the other kind of show in “Where the Whistle Blows” from Extras. Graham Linehan, a surrealist, chooses an anti-realistic format and style of performance to go with it, but other shows like Spaced choose a naturalistic single-camera look and feel that contrasts with and sets off the craziness. Miranda Hart made sure everything about her show is as non-naturalistic as possible; some people like it and some people loathe it (though it does sometimes have the feel of radio transplanted to TV, giving it a feel that is worryingly reminiscent of Air Farce, I like it quite a bit for its broad shamelessness), but everyone can agree that it represents a particular approach to comedy, and that the format is not used arbitrarily.

It’s a healthier situation than in the U.S., where you frequently get the feeling that the style of a sitcom is chosen not based on any real thought-out plan about what kind of comedy the show wants to do, but about what can sell to that network. For every show like Community that makes full use of its format, there are a share of multi-camera shows trapped in single-camera bodies, like Perfect Couples, Outsourced, and (I still think this) Cougar Town. In the UK the two formats have a better chance of co-existing because the creators are conscious of the differences and the effect the choice of format has on the writing, storytelling, and performance.

In the U.S. and Canada there’s still something of a perception that a single-camera sitcom is simply an advanced, sophisticated version of a “regular” sitcom, and that there are no trade-offs for using the format except the lack of a laugh track. (There are certainly plenty of trade-offs and disadvantages to using a non-naturalistic format like the studio-audience sitcom; but right now everybody is very aware of those disadvantages and not so aware of the other format’s drawbacks.) In the last few years the only arguments for the traditional sitcom in the U.S. have been commercial, rather than artistic, and as more and more multi-camera shows flopped (due to being bad) the commercial argument had less weight.

The UK, I think, has more people willing to step up and make the artistic argument for the choice of format. It may be related to something I like to allude to, the fact that many of the great ’80s and ’90s U.S. sitcoms were created by people who worked in the multi-camera format not because they particularly wanted to, but because they were asked to. NBC was right to order David and Seinfeld to shoot their show in front of an audience, but you couldn’t expect that David would become a vocal defender of the format, and he hasn’t been.

In keeping with that, the UK multi-camera shows seem a little more able to take advantage of the format and its anti-naturalism. Miranda Hart breaks the fourth wall and ends her shows with a salute to the old Britcom “waving at the camera” cast pose. And Walker’s article ends by mentioning an upcoming show, Mrs Brown’s Boys, where a man in drag “forgot his handbag after a scene change, and he/she got up and walked across two sets to retrieve it. We’ve kept that in — just to nudge the form forward a bit.” Acknowledging the audience and the artificiality of the sets was done on It’s Garry Shandling’s Show and even Fresh Prince, but as shows have tried hard to be naturalistic, or be ashamed of taking place on sets that look like sets, that hasn’t happened very much in the States in the last 15 years. It’s the sort of new/old idea that might make a comeback when some new producers arrive with a fresh approach.