While Scotland narrowly decided against independence, voters across the EU are rejecting the No campaign’s ‘Better Together’ message of unity 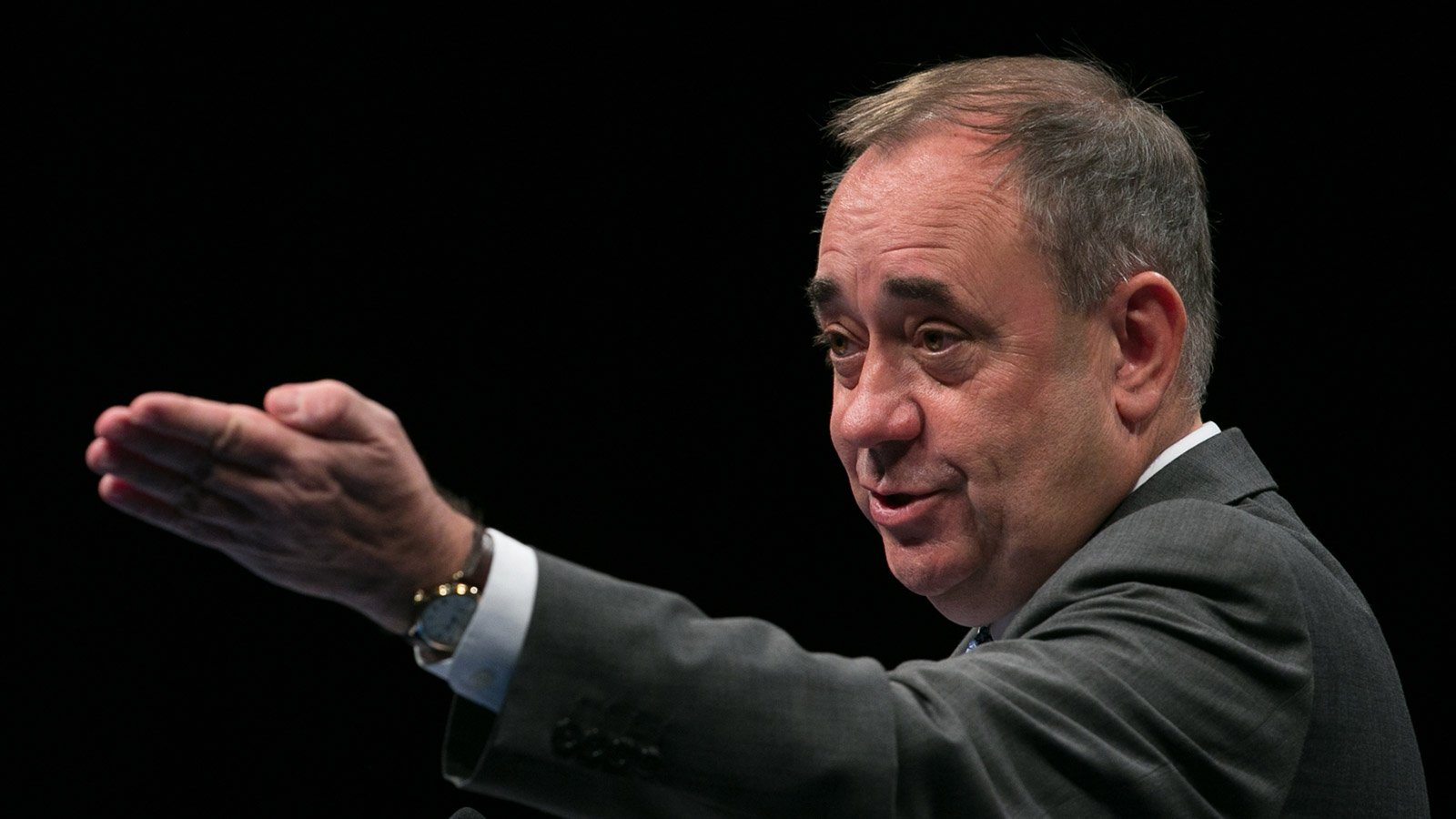 By the last days of the Scottish independence referendum campaign, people who were going to vote No, or visitors like me who’d vote No if we could, mostly just needed a hug. The campaign had been a procession of threats and warnings on both sides. Appeals to the heart were rare and delivered almost exclusively by the advocates of independence. It was all too much like Quebec before the 1995 referendum.

Then Gordon Brown showed up. He never won an election as Britain’s prime minister, and his record as Tony Blair’s finance minister before he succeeded Blair is debated today, including in his own Labour Party. But Brown gave a few stirring speeches for the No campaign, and he seems destined to go down as the man who won it for the United Kingdom.

Those who would vote No, he said in Glasgow, were “proud . . . that we co-operate and share. Indeed we Scots led the way in co-operating, sharing across the United Kingdom. Common defence. Common currency. Common and shared rights. From the U.K. pension to the U.K. minimum wage. From each according to his ability to contribute, to each according to his needs.” He contrasted “our patriotic vision” with “a nationalist vision that has only one aim in mind: to break every single constitutional and political link with our friends and neighbours in the United Kingdom.”

Columnists lined up to call Brown “the man who saved the Union.” With the greatest respect for his oratorical skills, I suspect it’s not so. “The message, ‘Let’s stay together’ may have galvanized those who were already committed to voting No, and brought succour to their allies among the U.K. media and political classes,” No committee pollster Rick Nye wrote in the Financial Times, “but it was never likely to shift more than a tiny proportion of those whose votes would prove decisive.”

In mid-2013, Nye found that only one undecided Scottish voter in 10 “said they found a common bond with people who were like them in England, Wales and Northern Ireland.” The No campaign’s official name was “Better Together.” Confirmed No voters might agree with the sentiment the name implied, but to wavering voters it had no appeal. Undecided voters were eight times likelier to be swayed by arguments of economic uncertainty.

Nye believes it was the scare tactics—Scotland would lose the pound, businesses would flee, food prices would go up—that made the difference. Which suggests an uncomfortable conclusion. “The inconvenient truth is that Scotland had become a pro-independence country—all other things being equal—if no change had been on offer.”

Well, holy cow. The guy who polled for Britain acknowledges, after it’s over, that the idea of the United Kingdom could not be sold on its merits to a majority of Scottish voters. This suggests there aren’t a lot of takers for the idea that you gain from immersing your local identity in a bigger, broader, more complex identity.

And that’s hardly unique to Scotland. Across Europe, parties that argue voters are “Better Together” have had a hard time of it lately against parties that argue, in effect, “No, we aren’t.” In Sweden, four days before the Scottish referendum, an anti-immigration party won its highest-ever share of the vote in parliamentary elections. Marine Le Pen, the daughter of French National Front founder Jean-Marie Le Pen, has a serious shot at being elected France’s next president.

In Germany there’s the new Alternative for Germany party, which expresses an entirely understandable bone-weary fatigue for the extent to which Germany bankrolls the European Union. (They’re also angry about car theft along the Polish border.) In Hungary, a member of the EU and NATO, Prime Minister Viktor Orban announced in July he’s had enough of liberal democracy. Now he wants Hungary to imitate “successful” countries like China, Russia and Turkey.

These parties aren’t all angry about the same thing, and just as they don’t play well with traditional mainstream parties, they often don’t play well with one another either. Nigel Farage, the head of Britain’s anti-immigrant UKIP party, opposed Scottish independence because an independent Scotland would wind up joining the European Union. To Farage, no fate could be worse. For the space of a few weeks, his position made him Gordon Brown’s objective ally. They must have hated that.

I don’t mean to lump in Scottish nationalists with assorted more or less odious anti-immigrants and Euroskeptics. There were immigrant Yes voters and donors in Scotland, and I heard a lot less rhetoric about identity in Scotland than the Parti Québécois peddled on its way to disastrous defeat in last spring’s provincial election. My point is simply that appeals to high-flown notions like “complexity” and “co-operation” and “sharing” have had a hard season against competing appeals to “hunkering down” and “sticking with folks like me.”

And why wouldn’t they? The urbane advocates of co-operation and sharing haven’t been able to deliver much to Europeans over the past seven years. Growth is at a standstill, the institutions of the EU barely function, Vlad Putin rolls across eastern Ukraine unopposed. What good has brothership done, again?

I still think the United Kingdom and a united Canada and the European Union and wide-open immigration are excellent ideas, but I’m the kind of guy who would. I’m fine. If I was having a rough few years and I lived in some corner of the world where it was easy to divide the world into Us and Them, I might easily decide They weren’t worth the trouble. I might easily decide to stick with Us.

In 1999, Bill Clinton delivered a speech at Mont Tremblant, at a conference on federalism organized by the government of Jean Chrétien. Lucien Bouchard’s Parti Québécois government was having a good week messing with Chrétien’s conference. Word of this had made its way to Clinton, and he was pretty angry about it all. So he threw out his prepared text and improvised a broadside against the notion of separatism in Quebec and elsewhere.

Because he was riffing, Clinton recycled some familiar lines for the purpose of the day, including this theme from his first inaugural address. “The great irony of the turning of the millennium is that we have more modern options for technology and economic advance than ever before,” he said. “But our major threat is the most primitive human failing—the fear of the other, and the sense that we can only breathe and function and matter if we are somehow free of the necessity to associate with and deal with, and maybe even under certain circumstances subordinate our own opinions to, the feelings of ‘them.’ ” Who was “them?” “People who are different from us; a different race, a different religion, a different tribe.”

It was a favourite Clintonian dichotomy: New technologies, ancient hate. But the 21st century isn’t quite working out the way Clinton expected. It’s taken a very odd turn indeed.

Speaking in 1999, Clinton would already have had al-Qaeda in mind when he talked about a “major threat” from people who don’t want to “associate and deal with . . .  people who are different from us.” But if there’s any group on Earth today that’s impressively cosmopolitan, polyglot, federalist in organization, borderless in distribution, it’s the Islamic State. The borders of Syria and Iraq can’t hold them. They welcome recruits from around the world. They speak a hundred languages, make agile use of the Internet, run rings around the great powers of the 19th and 20th centuries.

It’s not the forces of ancient hate that are refusing to deal with and sometimes subordinate their own opinions to others. It’s the European middle class, weary and worried, tired of empty promises that the old parties with their old solutions will work anymore. They passed up a chance to dismantle the United Kingdom last week, but it was a close-run thing, and the argument that swayed them wasn’t that the U.K. has much to offer, but that going it alone might somehow manage to be worse. As victories go, I’ve seen better.