Even movies stars go gaga for the Queen

Being starstruck by Queen Elizabeth II is a noble tradition. It has afflicted everyone from children to battle-hardened politicians. On the last day of the Queen’s tour of Canada in 2010, for example, she visited Queen’s Park, whose lawns around the legislature were packed with officials, media and citizens. And in the midst of the engagement, Premier Dalton McGuinty walked by the media, turned and with a broad grin plastered to his face, exclaimed, “I love her!”

So this explains why Helena Bonham Carter, an Oscar nominated actress used to hobnobbing with the rich, famous and powerful—she’s a BFF of Prime Minister David Cameron—went positively weak in the knees when she received a CBE (commander of the Order of the British Empire) at Buckingham Palace yesterday. Just check out this series of photos in the Daily Mail. 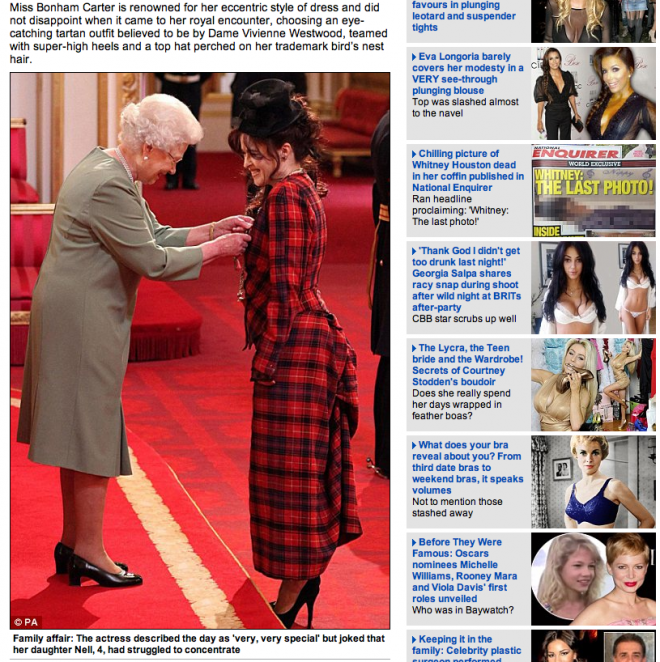 Courtesy of the Daily Mail