Everything Goes For the Visual 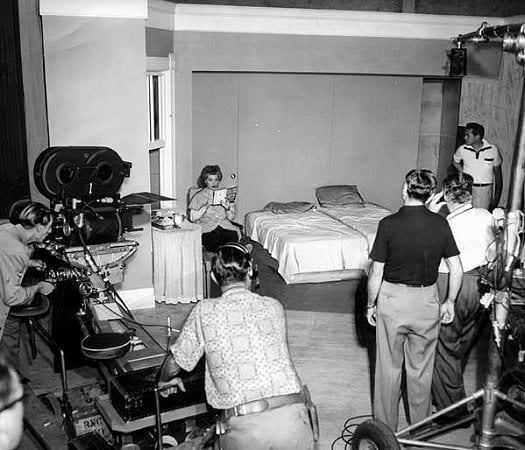 Todd VanDerWerff isn’t as obsessed as I with the live-audience sitcom format (thank God), but he’s much better at weighing the pros and cons of the form, and his thoughts on the live-audience sitcom’s future, written after attending a taping of 2 Broke Girls, are very much worth reading. There’s more to it than just this season’s sitcoms; there are kids’ sitcoms (including Mr. Young, the first Canadian sitcom in decades with a live-audience format) and the UK, where there’s something of a friendly cold war between between throwback studio-audience sitcoms and modern, post-Gervais sitcoms. Plus, of course, that this type of show continues to dominate in syndication to an astonishing extent: My Wife and Kids is still a top 10 syndication hit.

But none of that means you can still make a truly outstanding traditional sitcom in the U.S. If you don’t count How I Met Your Mother as a traditional sitcom, and the creators certainly don’t, then the last truly great four-camera U.S. sitcom to go off the air was probably Everybody Loves Raymond (maybe That ’70s Show, though it was a shadow of itself by the time it went away), and most shows in that vein since then are “yes, but…” shows. And at some point that falls into self-fulfilling prophecy territory: I don’t believe for a second that the three-camera format is incapable of producing a great modern show, but the longer it goes without producing a truly great modern show, the harder it is to argue that this is possible. And that in turn puts more pressure on every new show of that type. With several great single-camera sitcoms on the air already, there’s always room for a good-but-not-great, or even a not-so-good-but-has-potential, comedy (which describes most of the new comedies, of whatever type) in that format. It’s like when a team is doing badly, it puts more pressure on any player with potential.

To Todd’s point that live-audience sitcoms grew out of theatre (and also, as discussed in the comments section, radio) I would add that one of the things the form struggles against is that it’s rooted in a kind of theatre that barely exists any more. It’s not just that live theatre is less popular than it was in the ’50s; it’s that the style of set design and lighting is different in modern theatre than it used to be. The three-camera sitcom uses representational sets that approximate, as closely as possible within the three-walled limitations, a real room. If the story moves to another place, we get a new, equally representational set. All the things that theatre did to make scenery more fluid and less literal have really never become a part of theatre-style sitcom television, where instead there’s always a push to make everything more literal – make the sets look more real, like they do in the movies, or have four-walled sets and show the scenes to the audience on monitors (like I’m Alan Partridge). There have been very few sitcoms, especially in the U.S., that tried to use non-literal, non-representational techniques; it’s been 25 years since It’s Garry Shandling’s Show, and it’s still considered taboo in U.S. sitcoms to acknowledge the presence of the audience. The live-audience sitcom has incorporated more scenes shot without the audience, but the scenes shot with the audience are more or less from the Neil Simon era of theatre.

The other thing that has never really changed, and has actually gone backward a bit, is the visual style. The visual grammar of multi-camera television – of any sort – is of course heavily circumscribed by the multiple cameras and the need to capture all the action as it happens. But as the golden age of ’50s live television proved, there’s a lot a director can do visually while capturing the sense of a live event. The modern multi-camera show is very locked into certain rules of how to shoot a scene (and attempts to break them, like 100 Questions, usually go to the opposite extreme and make the whole thing look like a bad single-camera show). Single-camera comedy has subtly changed its visual grammar over the years; even shows that aren’t mockumentaries, like Michael: Tuesdays and Thursdays, use techniques familiar from reality TV, such as cutting from a long shot of a character directly to a close shot of the same character. But multi-camera sitcoms don’t have the editing and visual excitement of today’s best live broadcasts or performance shows. I don’t get the sense that they’ve learned from today’s most popular live-audience reality programs, the way single-camera shows have learned and benefited from the influence of reality shows without an audience.