The fall season is underway with an array of intriguing titles this week. By far the best of the bunch is Guillaume Canet’s Tell No One, a French thriller based on the 2001 blockbuster novel by Harlan Coben. Don’t know why it took so long, but this film is finally opening here almost two years after it was a hit in France, where it won four Cesar awards. The Lucky Ones, a road movie about Iraqi veterans, is a more banal concoction, but it’s highly watchable thanks to a strong cast—led by Canadian sweetheart Rachel McAdams in fun-machine mode. Spike Lee’s Second World War epic, Miracle at St. Anna, is as unwieldy as it is well-intentioned. I get battle fatigue just thinking about it. And after taking in Choke, I was ready for a movie-purge version of the Heimlich maneuver, despite the valiant efforts of Sam Rockwell, who dances as fast as he can to keep things from getting dull. For more details, here we go, beginning with a reprise of my comments on Lucky Ones from the TIFF blog:

The Lucky Ones: Loving Rachel McAdams in a post-Iraq romp 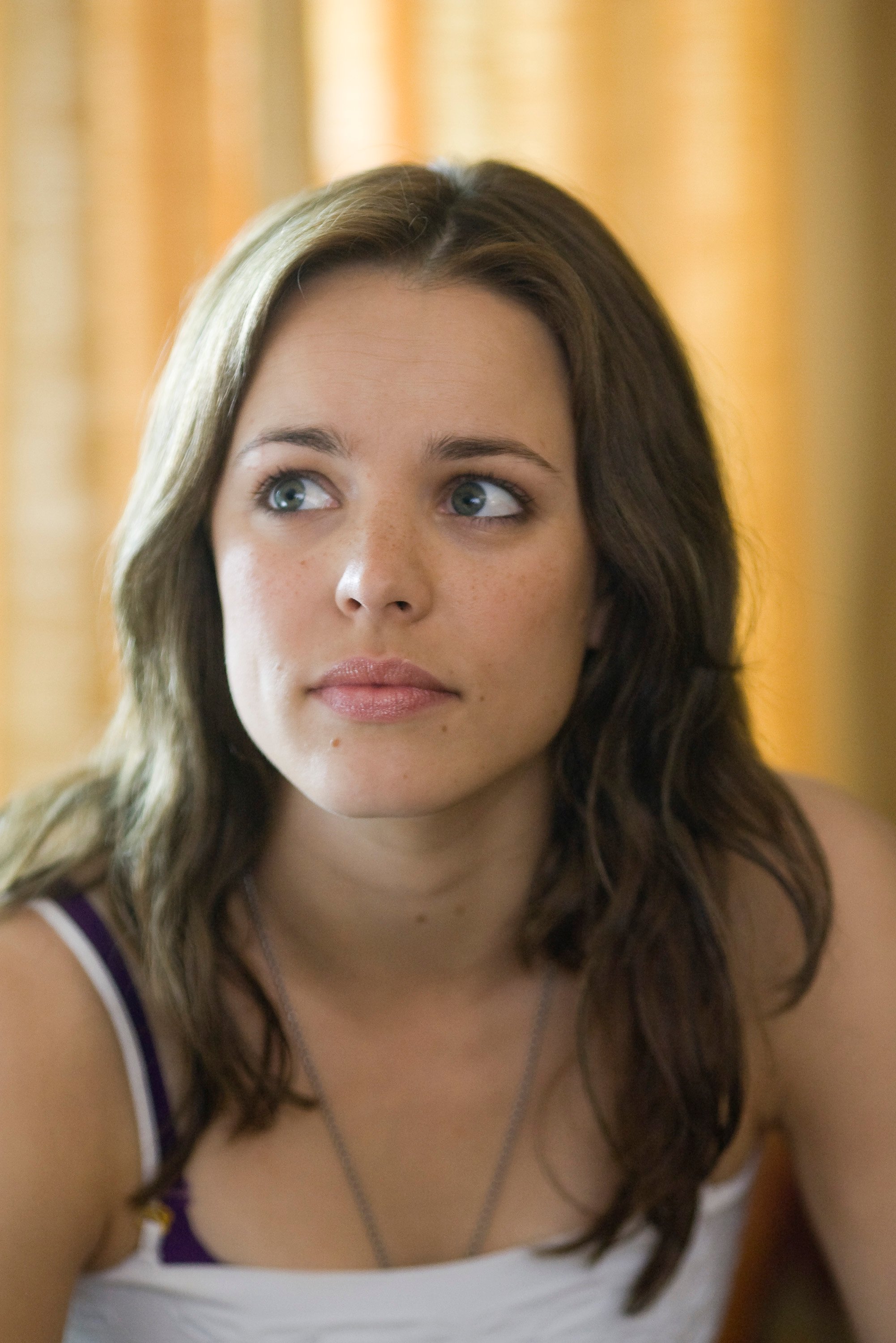 You know that the Iraq war has dragged on too long when Hollywood is making a jaunty road movie about returning soldiers. In The Lucky Ones, Michael Peña and Canadian sweetheart Rachel McAdams play two American soldiers who get stranded in a U.S. airport at the start of a 30-day leave, and hitch a ride in a rental van with a retiring Iraq vet played by Tim Robbins.

This amiable but shambling odyssey finds a wonky middle ground between Coming Home and Trains, Plains and Automobiles—though it feels like it secretly wants to be a Iraq vet version Y tu mama tabmien but is afraid to go there. It’s the kind of lazy script that makes you feel comfy and smug because you’re always a few pages ahead of what’s on screen. But I was happy to go along the ride, relishing the company of the actors.

Playing a soldier with shrapnel wound in his groin who’s not sure if he can get it up, Peña has a warm, self-possessed charm, and a knack for keeping half his performance to himself. Cast as a suburban Joe ambushed by a ruined marriage, Robbins glides through the film in a congenial stupor. But the real treat is McAdams, who plays the most wholesome/sexy working-class girl-next-door you’d ever want to have on your side in a barroom brawl. She lights up the screen with sensible beauty and rambunctious goodwill. For the record, I’ve decided I’m hopelessly in love with her (from a wholesome distance, of course) and will happily watch anything she’s in. So much for my critical judgment.

Tell No One: the French show Hollywood how it’s done 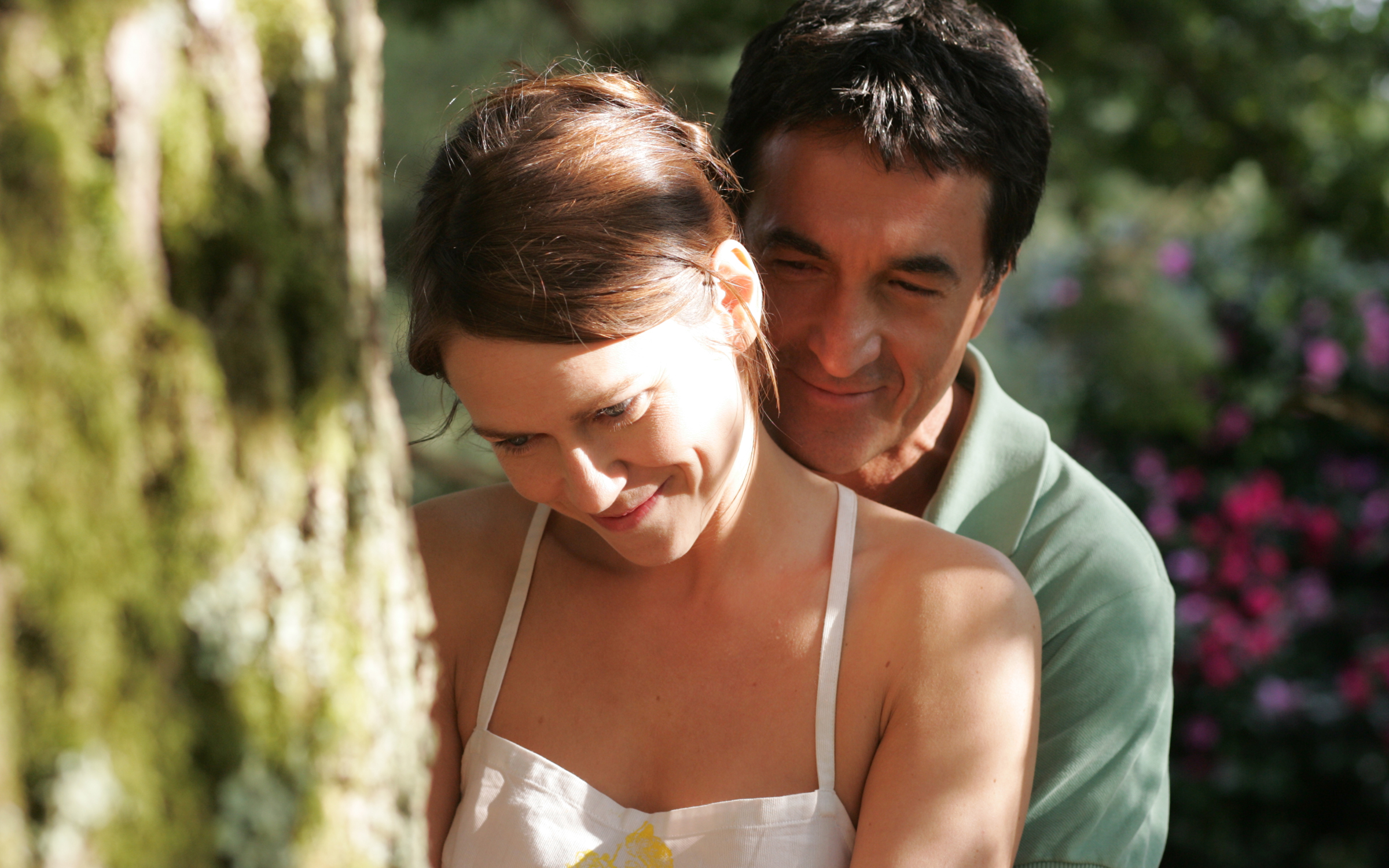 I love walking into a movie without knowing anything about it. Which was the case here. I wasn’t even sure what genre I was about to see. With the opening scene—a lively al fresco dinner party of attractive, sophisticated people indulging in wine, conversation and laughter at night outside an adorable cottage—I was all ready to settle into yet another French movie about criss-crossed lives in a country home. Then we’re plunged into a sexy, romantic scene of Alexandre (François Cluzet) and wife Margot (Marie-Josée Croze) alone on a moonlit lake, skinny-dipping. Since Croze is Quebecoise, I assumed this must be a co-production and the lake was Canadian. (In fact, we’re in France, even though Coben’s novel was set in New Jersey.) Next thing you know Croze’s character has been killed, and we flash eight years forward to Paris where Alexandre works as a pediatrician. Originally he was the prime suspect in his wife’s death, and a new discovery has again made him the subject of a police investigation.

From here, the movie turns into a wildly twisted procedural drama, in a sternly realistic French style, as a shadowy conspiracy emerges and Alexandre begins to wonder if his wife might still be alive. The plot thickens; the mind races to keep track of its hectic twists; then I’m flabbergasted to see the genre shape-shift yet again with an electrifying foot chase as the movie turns into a tasty French version of The Fugitive.

François Cluzet, who won the Cesar for best actor, is a beautifully contained bundle of intelligence and nerve. He’s looks and acts like a young, Gallic Dustin Hoffman. Jean Rochefort brings a touch of aristocratic evil to his role as a horse-breeding tycoon. The cast also boasts an idiosyncratic array of don’t-mess-with-me women, including Natalie Baye as Alexandre’s high-powered lawyer, Kristin Scott-Thomas as his lesbian sister—not to mention a big scary psycho of a female torturer who clutches her victims stomachs and screws around with their internal organs.

Changing the torturer from an Asian man to a French woman was one of the changes writer-director Guillaume Canet made to Coben’s novel, as well as revising the ending. But apparently Coben is delighted: he says the movie improved on the book, which is the reverse of what he might have expected from an Hollywood adaptation.

Tell No One doesn’t just keep you guessing; it keeps you on edge from start to finish. And with its creative hybrid of French and American cinema, it reminds you what’s wrong with all those formula studio thrillers that always promise more than they deliver.

Miracle at St. Anna: an African American Longest Day with its own ration of clichés

After Spike Lee’s spat with Clint Eastwood in Cannes, where he accused Clint of erasing black soldiers from history in his two movies about the battle of Iwo Jima, Spike now tries to right the racial balance of American war movies. Miracle at St. Anna begins with a clip of John Wayne in The Longest Day playing on a TV in a bar. That is the heroic mythology of all-white that Lee sets out undermine with an epic inspired by an episode involving the all-black 92nd Division Buffalo Soldiers stationed in Tuscany from 1944-1945. With a script adapted by James McBride from his own novel, MIracle at St. Anna frames the true story of a Nazi atrocity in Italy with a contemporary fiction about a murder in New York and a fable of a mysterious Italian artifact. But the bulk of the movie is pure combat, focusing on a band of black U.S. soldiers caught behind enemy lines who befriend a traumatized Italian boy in a remote Tuscan village.

There’s no question Lee has a noble mission, and a story worth telling. But despite best efforts of a good cast—led by Derek Luke, Michael Ealy and Omar Benson Miller—Miracle at St. Anna founders under the weight of its ambition. In combating the clichés of vintage Hollywood racism, Lee has created his own war-movie clichés, which seem equally old-fashioned. The film clearly suffers from its attempt to do the right thing in honouring its sources—the history and the novel. It’s too long, and its worthy efforts at period authenticity are undermined by a shaggy script that spells out its message with all the subtlety of military propaganda.

Don’t be misled by the pedigree. Yes, Choke is based on a novel by Chuck Palahniuk, the author Fight Club. And this movie bears some surface similarities to Fight Club, from the roundhouse satire to the ambitious plot involving a secret underground society—in this case, a “circuit” of sex addicts who enjoy anonymous trysts, and locate each other with coded behavior, like sitting naked in an airplane washroom while leaving the door unlocked.

But Choke is no Fight Club. For one thing, instead of David Fincher it’s got first-time director Clark Gregg, who’s best known for helming plays for New York’s Atlantic Theater Company and co-starring with Julia Louis-Dreyfus in the CBS sitcom The New Adventures of the Old Christine. For another, the tone goes all over the place, from oddball farce to earnest sentiment, and it’s all jammed together as a loosey goosey romantic comedy.

Sam Rockwell, who’s likability is the film’s best asset, stars as Victor, a sex addict who works days as a historical re-enactor at a colonial theme park and moonlights as a scam artist who fakes choking attacks in restaurants so he can form parasitical bonds with patrons who come to his rescue. Victor, a dork with a heart of gold, needs the money to keep his delusional mother (Anjelica Huston) housed in a private mental hospital. There he hits on a whimsical physician (Trainspotting‘s Kelly Macdonald) and tries to unravel a lost childhood spent on the run with an unfit mom fleeing the law. Victor also uses his sex-addict meetings to pick up women and bang them in the back room. (Larded with gratuitous nudity, this is such a guy movie; men everywhere are going to start signing up as sex addicts in the hope of getting laid). Keeping Victor honest, meanwhile, is his sex-addict buddy, a chronic masturbator played Brad William Henke, who looks like a super-sized version of Seth Rogen.

The title, of course, sets itself up as an easy target for mean-spirited critics: Choke bites off more than it can chew. . . Choke‘s story is too hard to swallow . . . Choke is indigestible . . . Enough already! Gag me with a spoon.