For years hockey got away from me

Scott Feschuk: My skills had eroded, but I had what matters most: I could still skate faster than my kids 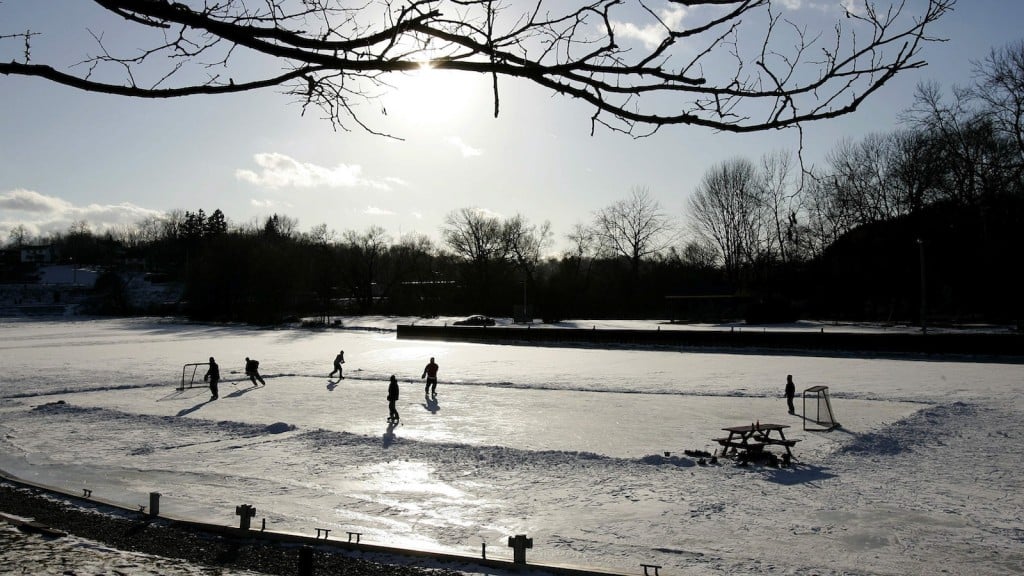 Like any good Canadian boy, I embellish the hockey achievements of my youth. As a player in my memory, I have a goal scorer’s touch, a tenacious attitude in the corners and hockey pants that always stay up. As a player in actuality, I had none of these things (curse you, feeble suspenders).

That said, my career looks respectable enough when viewed through artifacts from the obligatory Cardboard Box of Hockey Mementos. There, beneath the hand-drawn facsimile of Ken Danby’s goalie, you will find archival evidence that I played A-level hockey as an adolescent. This sounds all well and manly—but it was in a Catholic league where half my team handled the puck as though they considered scoring an act of avarice punishable by 20 Hail Marys at confession.

One of my linemates in the Catholic league, deeply religious, was convinced that even the gentlest of physical contact was a sin on the order of slew-footing Jesus himself. Another, after missing a shot or a check, would unfailingly choose as his epithet the word “Gosh!” Add in my proclivity to generously donate the puck to opposing defencemen, and we formed the Hanson brothers of virtue.

Dig deeper to find the team photos of my hockey teens, and you’ll see me wearing the captain’s C. This suggests more than a smidgen of skill—but the truth is that for some of those seasons I played in a steelworkers’ league and had a coach who refused to assign a leadership role to anyone who’d been charged with a crime or had used the f-word when telling him off. That left me and the talentless Vietnamese kid who cursed the coach in his native tongue. In your face, Duong.

As I grew up, as I got a job and a family and a belly, the game got away from me. It has become something I watch on TV and, with two boys of my own now, in the arenas of Ottawa. Now and then, I think about getting some equipment and finding a regular game. I never do it, but I enjoy thinking about it—in the same way I enjoy thinking about writing another book, learning to cook or opening the door to find that Scarlett Johansson has run out of gas in front of my house.

As Christmas approached, word came from a friend down Niagara way: the big pond on her farm had frozen over, a rare December occurrence. We were heading to St. Catharines for the holidays and now there was talk of shinny. Immediately, skates and sticks went into the car. I hadn’t played hockey in years. The laces on my skates were dry and flimsy. Ditto for my back muscles. But I was psyched. Pond hockey! Short of getting Gordon Lightfoot to write a song about Stompin’ Tom Connors singing a song about Anne Murray, you just can’t get any more Canadian.

It was noon when we arrived. A casual game was just starting. Someone had brought down a couple of benches to the pond’s edge. Nearby, a small fire was being built. There was hot chocolate and there were Timbits, and then I looked again and there were no Timbits—just a little blond boy covered in powdered sugar and a smug expression. My eyes narrowed. Better keep your head up out there, kid.

I took to the ice. An impartial witness would certify that I progressed with all the speed of one of Canada’s more robust glaciers. But it felt as though I was really moving on the smooth ice. My boys, my wife and I were smiling. My brother and his son were smiling. Everyone was smiling. The last time I saw a bunch of people looking this happy was when Michael Ignatieff was acclaimed as leader of the Liberal party. (In that instance, the happy people were Conservatives.)

My limited skills had, of course, further eroded, but I still had it when it came to what matters most—and what matters most, any father will tell you, is that I could still skate faster than my kids. Barely. By next winter, I won’t be able to catch my 10-year-old and you know what that means—it means that next year I won’t be trying. It’s the circle of Canadian life: father brings son into world, father teaches son to skate, father out-races son, father avoids future defeat by feigning lower-body injury. Sunrise, sunset.

When I was eight, my team scored in the final seconds of a playoff game to force overtime. Resigned to defeat, I had unsnapped my chin strap. I scrambled over to my coach, Mr. Carr—coaches were misters back then— and excitedly asked him to do it up. To this day, I remember the look that crossed his face. It’s the look Ashton Kutcher gets when he asks if he got an Oscar nomination. I would not be playing in overtime.

I never excelled at the game, but the game doesn’t care.

The pond on my friend’s farm can be seen from the highway that follows the shore of Lake Ontario. As we skated and played that afternoon, we would every now and then hear the horn of a passing car or truck—a driver paying tribute to the quintessential Canadiana on display, or possibly summoning medical attention for the chubby man lying on the ice covered in sweat, his glasses fogged up, his chest heaving, and on his face a grin.