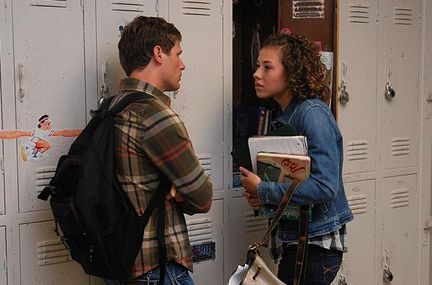 Now that the episode has aired on regular TV as well as DirecTV, it’s probably safe to mention that Friday Night Lights did something that most U.S. network TV shows — or movies, for that matter — won’t do: they let a recurring character have an abortion. (Though even here, it was for a new character, not a major character who absolutely has to stick around, and the story eventually became more about the fallout for one of the actual main characters.) The linked article does a good job of discussing the modern history of abortion on TV: except for a few famous instances in the early ’70s, it’s become a major television taboo.

There are many reasons for that. One is the Roe v. Wade decision in the U.S., which helped to mobilize specifically religious opposition to abortion. The Maude episode was made just after abortion became legal in New York but before Roe v. Wade. A few years later, Norman Lear was complaining that episodes like that had become impossible. It seems strange, but when abortion was illegal in most U.S. states — and had only just been kinda-sorta legalized in Canada — it wasn’t as controversial a subject (at least on TV) as it became after it was legal. You may remember that when Manny had an abortion on Degrassi: the Next Generation, it had trouble getting shown in the U.S.

There are also a few more or less apolitical reasons why abortion doesn’t happen very often on TV, including selection bias: writers don’t usually make a character pregnant unless they intend her to have a baby. (That’s the Knocked Up thing: the movie has to dance around the abortion issue because the writers don’t want to get too deeply into the issue, but there wouldn’t be a movie if she didn’t have the baby.) But mostly it’s just an attempt to avoid controversy. When it does happen it’s one of those things that is treated in a sensationalistic or melodramatic way, the way it is discussed in political debates (with discussions often revolving around rape or incest on the one hand, or late-term abortions on the other). Six Feet Under had a character get an abortion — even on pay cable, a rare thing — but in keeping with its themes about life and death, had a tendency to bring in the ghost of anybody who got aborted. What made the Maude episode such a milestone was that it was basically un-melodramatic, and she had an abortion for the reason that most abortions occur: because she was pregnant and chose not to be.

So, whatever one’s views on abortion, FNL’s decision to have a character go through with the abortion is a pretty interesting thing in this day and age. Though it’s inherently an “issue” episode with political content, outright soapboxing seemed to be mostly left out of it and it didn’t shy away from dealing with the fact that a character can be under uncomfortable pressure to get an abortion, not just to avoid one.  What it was, was realistic, un-melodramatic, unsensationalistic; a character got an abortion for the same reasons that many people do in real life, and had to deal with what were basically a real-life series of problems before and after. Subsequent storylines got more into the political/social/cultural issues involved — as well as shifting the focus of the story to a more important character, transforming it into higher-stakes drama — but the episode itself came off as pretty straightforward.

Except for that Degrassi episode, this doesn’t happen all that often on TV. But if one wants to see real life represented (in heightened dramatic form) on TV, then it means that TV shows need to deal more with certain things that are common in real life. That’s a difference between Maude and Becky (or Manny). The 1972 episode was partly an exercise in realism, but it also played as advocacy. Now, advocacy is certainly something TV can do, but the basic purpose of the FNL storyline was just to have a character do something that she might plausibly do. Given the world as it is, a TV world where almost 100% of pregnancies end in a baby (or a miscarriage) is even more implausible than penniless characters living in huge apartments.