From Movies to TV and Back Again 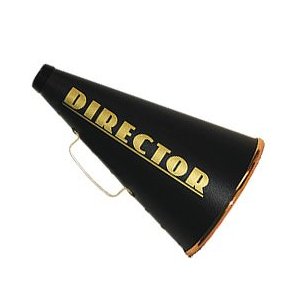 Another day, another article about feature film directors doing television. There have been a couple of others lately. Scorsese doing Boardwalk Empire and Michael Mann returning to television to direct Luck have really raised awareness of features-to-TV directorial crossover, though it’s been going on for years; I myself wrote a piece about it way back in the ancient days of 2007.

I didn’t think then, and don’t think now, that most directors go to television to get the creative freedom they can’t have in movies. (The L.A. Times article suggests that television now offers “deeper character development and edgier story lines” than blockbuster movies, which is a type of TV triumphalism that seems a few years behind the times: last year was the year filmgoers drove character-driven movies profitable again.) Most of these directors would have more autonomy on even a bad movie, where they are much more likely to help shape the script and change things as they go. Though Michael Mann got more autonomy on Luck than a pilot director usually gets, it’s nothing like what he has on his own movies or the TV series he produced. As Mann says in the article, David Milch is the “captain of the ship,” which makes the pilot director what he or she always is in television: a hired hand. There’s a lot the director can do to make a show better or worse, but it’s not the same as making his or her own film, especially since the point of any pilot is to create a visual template which other directors will then follow – and on the lower budgets that the post-pilot episodes will have. If the director imposes too much of a visual personality, then it won’t work because it won’t be something other, less famous people can copy.

The exception is something like The Borgias, which is actually Neil Jordan’s creation. And as he notes, he emphasized his writer side more than his director side in coming up with the show, writing the entire first season by himself while leaving the direction to others after the first two episodes. In features, a director may be able to control a project without actually writing (or at least being credited on) the script; Jordan is one of many directors who sometimes writes the script, sometimes doesn’t. In television, the roles are reversed, and the style of an episode is mostly defined by who writes or executive-produces it.

So while non-writing directors do make a contribution in TV, the recent influx of feature directors may not be a sign that TV is some kind of directors’ paradise. I didn’t think of this analogy in 2007, but it now reminds me a bit of the way older film directors often wound up in television in the ’50s and early ’60s. Some of them had very good features under their belts; I’d put Joseph H. Lewis, who directed the cult masterpiece Gun Crazy, up with many people who are directing pilots for HBO. Some managed to get back into features after doing TV, like Robert Stevenson, who went from Jane Eyre to episodic TV and back to features as Disney’s top live-action director. Some directors went to TV because low and medium-budget feature work was drying up (and with the collapse of the studio system it took longer to get a feature project off the ground), others because they were considered too old to work in features. There are similar factors at work now.

The other question that comes up is whether having a feature director attached helps a pilot get picked up. There I have no answer. HBO has certainly turned down its share of pilots from big-name directors, while picking up pilots from its stable of in-house directors like Tim Van Patten. Given that a pilot director’s main job is not to display his own personality but to a) convey the vision of the show’s creator and b) create a template for other directors to work from, you could argue that a feature director isn’t that well-suited to that kind of work – particularly directors who don’t have a lot of experience in low-budget or impersonal feature filmmaking. What an expensive feature director might do could arguably be done as well by one of the many TV specialist directors: sure, David Nutter still gets to do lots of pilots, but what about all the other hour-long drama directors who are rarely called upon to do a pilot? I wonder if their attitude to feature guys might be similar to that of professional animation voice actors to celebrity voice casting.

Sometimes a Scorsese may be the best choice, but I do wonder if sometimes a show would be better off with, randomly, Rod Holcomb – directing the pilots of ER, The A-Team and China Beach might be more relevant experience for some shows than directing a big feature.