The Gemini Award Nominations have been announced. 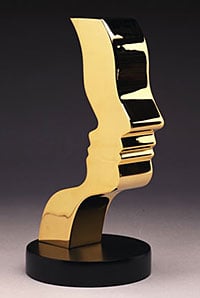 This may not be a golden age for Canadian programming, but we do have enough worthwhile stuff that we can actually have arguments about which shows deserved to be nominated. For example, Murdoch Mysteries got a nomination for writing, but not for best drama. Flashpoint got the most nominations, though I wouldn’t necessarily translate that to mean it’s the favourite to win; it does demonstrate, though, that the show is kind of a breakthrough in terms of creating a slick, up-to-date, technically-proficient look in a Canadian series. (Canadian shows, particularly those filmed in Toronto, often look a bit technically out of date, whereas U.S. crews come to Canada and create that glossy studio-system look. Part of what Flashpoint has done is to look as good as American shows do when they film here, while not trying to disguise Toronto as New York or Baltimore.)

Update: Careless wording (particularly the use of “U.S. crews” when I should have said something like “U.S. producers”) made the above sound like a dis on the quality of Canadian crews/technicians, which obviously it isn’t — many of the technicians working on shows produced here are Canadian, whether the show is U.S. or Canadian-made. (Sort of like Star Wars is an American film, but it was produced in England and most of the crew was English, and brilliant.) As pointed out in comments, the key difference is the amount of money involved, particularly the fact that the budget was stretched to use 35mm film stock like the U.S. procedurals do.

Update 2: Speaking of Flashpoint, CTV has announced September 25 as its return date, along with several other fall premiere dates.

Update 3: The srangest omission on any of these lists is the final season of Corner Gas, which doesn’t appear to have been nominated for anything at all even though it was eligible. This story is, as they say, developing, since it sounds like some kind of mistake might have been made (normally when a big show doesn’t get nominated for the big awards, it will at least get nominated for something).