Here is a blog the Georgia Foreign Affairs Ministry is running with constant updates on the conflict. Readers should of course be aware that the Georgian government is one of the belligerents in a shooting war and you can’t take every word they put on their blog to the bank. But if nothing else this blog will give you a hint of the scale of the carnage.

QUICK UPDATE: From the Georgia government blog, a map of alleged Russian air strikes against Georgia ground targets, up-to-date as of late yesterday (click to embiggen): 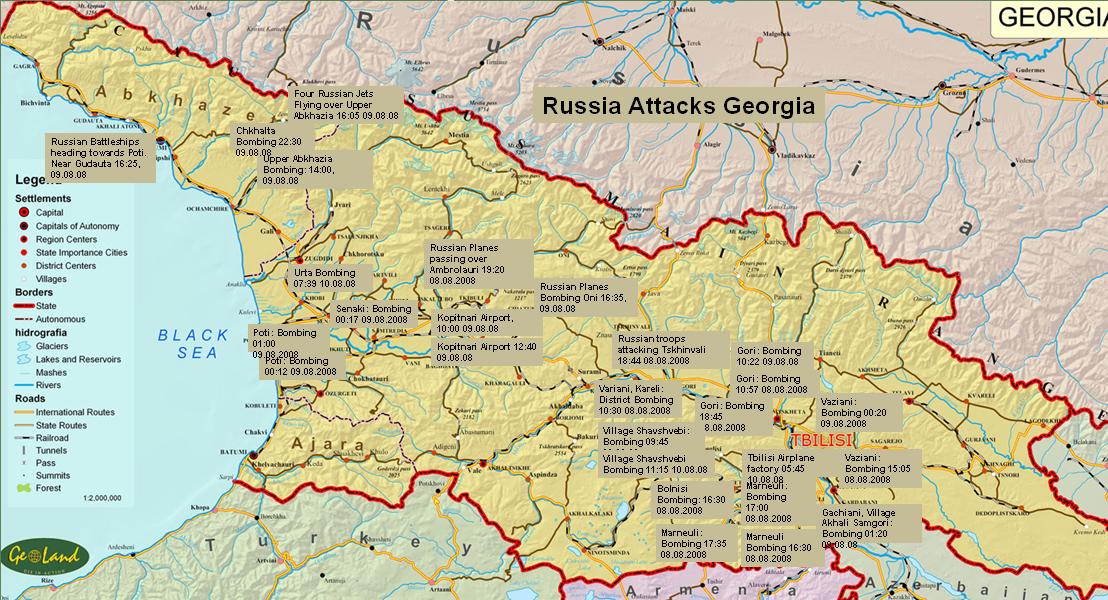