Getting off the grid 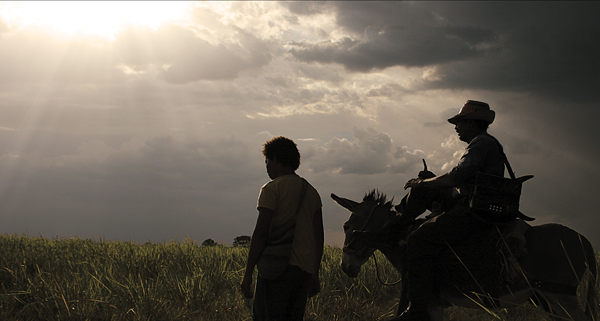 By now, George and Oprah and the rest of the Hollywood circus have left town, and with them the horde of U.S. media junketeers. They gave us a good ride, showing up with a glut of stellar films to promote. But even the best of them—from Up in the Air to the Road—only took us deeper into the psychosis of our own culture. And they kept people like me so busy that there was no time to get off the grid and explore the wilder extremes of world cinema that TIFF makes available. But finally I’ve had a chance to do that. My journey into wild began with two films by Werner Herzog: Bad Lieutenant: Port of Call New Orleans and My Son, My Son, What Have Ye Done. These are urban American crime stories, and the former features a Hollywood star, Nicolas Cage. But no matter where Herzog shoots—the Amazon, Alaska, Antarctica or Los Angeles, he seems to find the jungle, and madmen who are drawn into it. My Son, My Son and Bad Lieutenant are both murder stories about characters going insane, and they form a good- cop/bad-cop matched set. It’s the murderer who goes crazy in My Son, My Son, which is based on a true story of matricide in Los Angeles by a actor who becomes consumed with playing Oedipus on stage; in Bad Lieutenant, it’s the cop, a crack-smoking maniac played by Cage. Despite the urban settings, in both movies Herzog finds room for a menagerie of exotic animals: fish, snakes, flamingos, ostriches, iguanas, alligators. It’s as if he travels with the jungle in his carry-on. I had the extraordinary pleasure of interviewing the German filmmaker on two separate occasions in the past couple of days. I’ll be writing more about that, and his movies. later. But I feel it’s more urgent to tell you about the most recent film I’ve seen, which may be my favorite of the festival so far—an amazing first feature from the wilds of Colombia called Los Viajes del viento (The Wind Journeys). 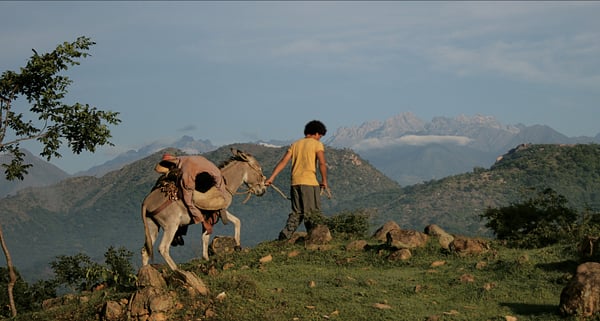 Wind Journeys is a coming-of-age odyssey about Fermín (Yull Núñez), a stubborn boy who follows an equally stubborn accordion player, Ignacio (Marciano Martínez), on an odyssey through the rugged mountains, savannas and deserts of northern Colombia. Depressed after the sudden death of his wife, Ignacio is on mission to return his accordion to his mentor, and Fermín is determined to become his apprentice, no matter how hard the taciturn musician tries to shake him off. Superbly directed by Ciro Guerra, this realist fable unfolds as an exhilarating mix of music, landscape and drama. Even simply as a travelogue, the film is a natural drama of exquisite beauty, taking us to remote and desolate areas of Columbia, where you get the sense the camera has never ventured before. As the lens reveals wild lands and cultures, villagers play themselves. But the story itself—told with spare dialogue, poetic visuals and vivid sound design—is deeply affecting and boldly unsentimental. Martínez is a musician, not an actor, yet as he sustains a spaghetti western pose of sullen power, he has a riveting presence. As does the boy. And the music! The movie is set in 1968, when accordion troubadours still roamed from village to village. Ignacio engages in fierce accordion duels that involve singing and declamatory freestyle singing. There’s a notion that the musician is possessed by his instrument, which has horns attached, and you can believe it, as if he’s playing, or being played by, the lungs of the devil, or a higher power. As the awkwardly translated title reminds us, the accordion is a wind instrument. Throughout the film, the wind howls, and as the camera captures rhythms of light and shadow racing across the land, it’s as if the filmmaker is drawing music from the earth itself. This is a brilliant, beautiful work of pure cinema. Literally breathtaking.