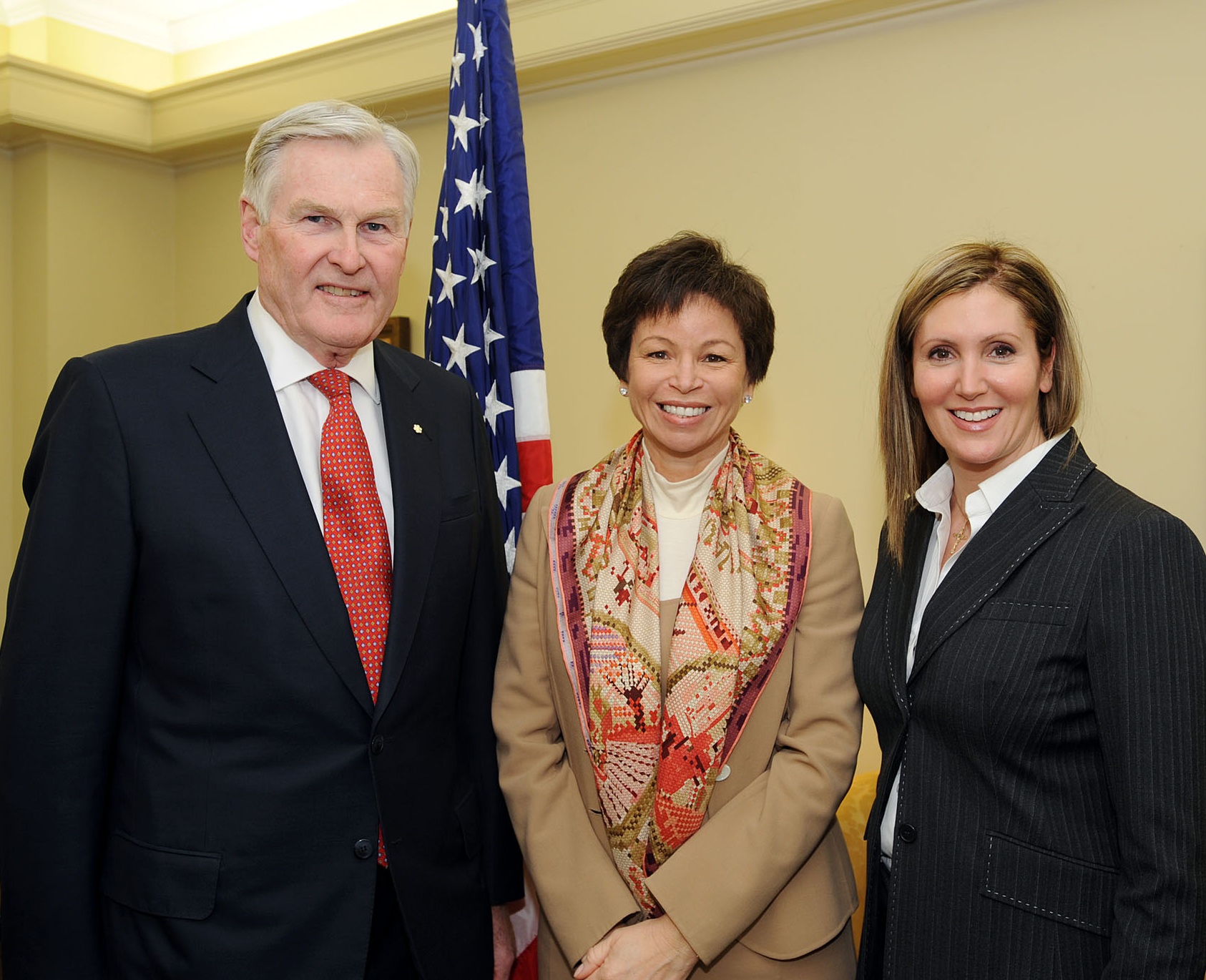 One of the most prized gets in town is face time with Valerie Jarrett, one of Obama’s closest advisors, who mentored him in politics, co-chaired his transition team and has followed him from Chicago to Washington, DC. Her appearance last week at an event by a newly-formed Democratic-connected business group, Business Forward, was a major draw for a group that costs up to $75,000 to join. “If I am a company and if I see these folks are delivering Valerie Jarrett, I am signing up because there are few people in town who can deliver her right now,” a Democratic lobbyist told The Hill newspaper.

So guess who else got personal delivery of Jarrett? On Thursday, Helena Guergis, Minister of State for the Status of Women, had her own meeting with the Obama confidante. A nice little diplomatic coup.

As it happens, Jarrett is the head of a newly formed inter-agency White House Council on Women and Girls, a group that activists have complained has no full-time staff, cabinet level leader or set meeting schedule.

Guergis was happy to explain how such things are done in Ottawa, where she has a staff of 80. “It really did seem to be of interest to them .. me being a minister dedicated to the status of women, actually having a seat at the Cabinet table. They recognize that to be important,” she said in a telephone chat after the meeting.

According to Guergis, she and Jarrett talked about how the two countries could work together on women’s issues and “made a commitment to working together and will be meeting again.”

Guergis’ visit had a business connection too. She is in town to attend an Embassy event promoting WEConnect Canada, an initiative to get more women-owned businesses into global supply chains. It’s cosponsored by the Women’s Business Enterprise National Council.

I asked Guergis whether Jarrett express any desire for her own seat in Obama’s cabinet, but Guergis laughed it off. “They do a very different approach,” Guergis said. But, no worries, girls. Jarrett has clout. Says Guergis: “Her office is right there near his.”