Graphic: Obesity rates on the rise in Canada

We're fast catching up to our American neighbours, says a new report from the CMA

A new report in the Canadian Medical Association Journal states that obesity in Canada has tripled in the last three decades, increasing from 6.1 per cent to 18.3 per cent nationally. A look at 2011 obesity rates by province revealed Newfoundland and Labrador to have the highest percentage of obese residents and British Columbia the lowest.

How do these rates compare to our American neighbours? We live above one of the nations most significantly affected by the obesity epidemic and and while there is still a clear divide between Canadian and American obesity rates, it looks like Canada is catching up. 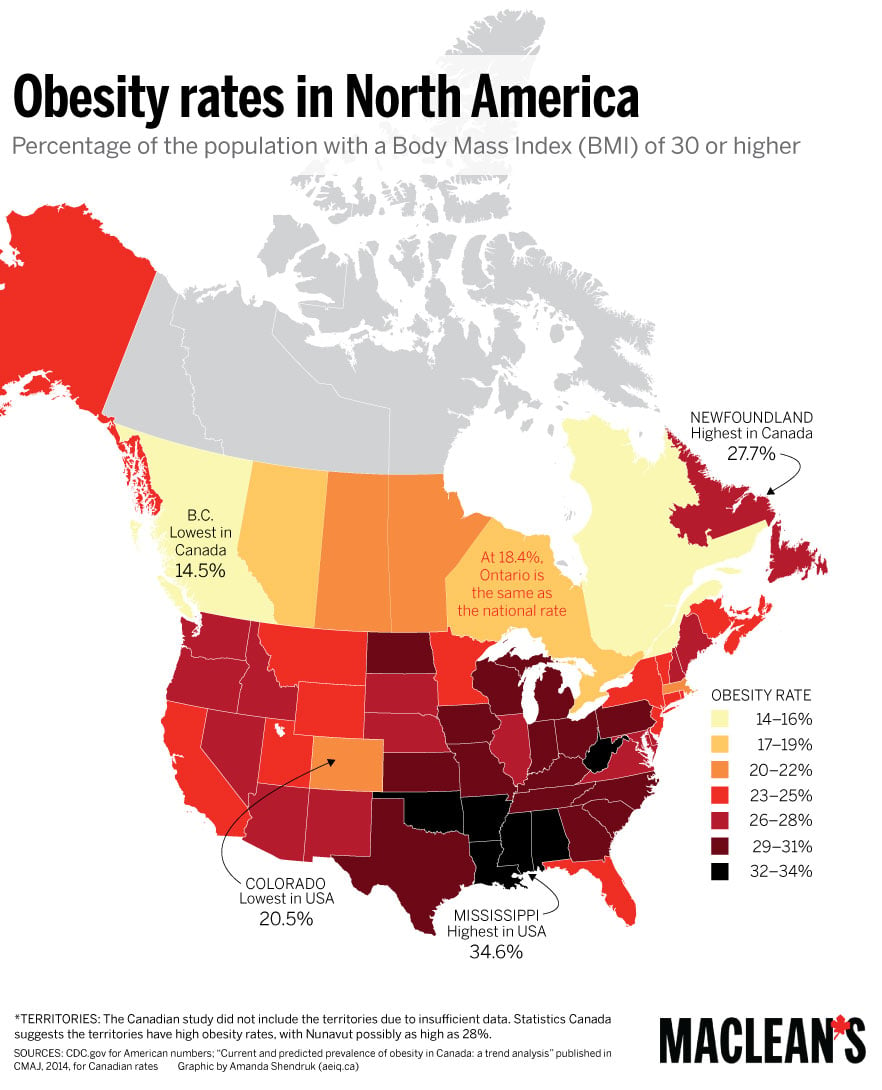