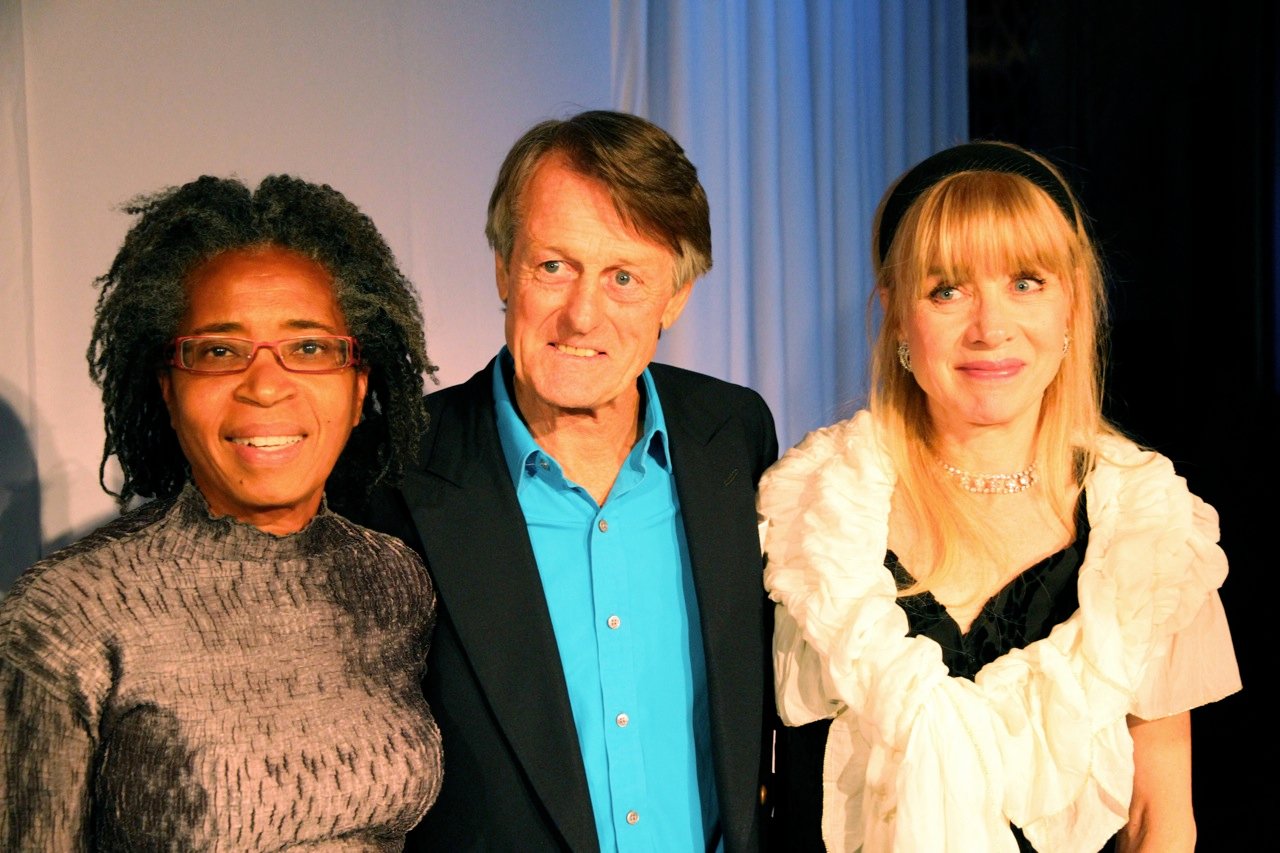 The two winners of the 2011 Griffin Poetry Prize both happen to be North American women with an academic pedigree who were born in 1953—Canadian winner Dionne Brand, who immigrated from Trinidad at 17 and teaches at Guelph University, and Tacoma-born international winner Gjertrud Schnackenberg, a highly awarded American poet who has lectured on campuses ranging from M.I.T. to Oxford. Presented last night at a dinner in the Fermenting Room of Toronto’s distillery district, the awards recognize Brand’s book Ossuaries and Schnackenberg’s Heavenly Questions. Each poet will receive $75,000 from the Griffin Trust for Excellence in Poetry, founded by Scott Griffin—one of the richest literary awards in the world ($65,000 plus $10,000 that each nominee receives).

Clearly a hometown favorite, Brand, Toronto’s third poet laureate, was greeted with a jubilant response from the 400 guests at the dinner. Fulfilling a promise she had made to herself  the previous time she was shortlisted for the Griffin, she pulled out a note and proceeded to thank all the poets who had ever touched her. It was an exhaustive and dazzling pantheon, a constellation of names as diverse as Aime Cesaire, Octavio Paz, Michael Ondaatje, Emily Dickinson, Robert Frost, Sylvia Plath, Milton Acorn. . . plus the Mighty Sparrow and Bob Marley. I felt sorry for any poets in the room who were not mentioned.

The range of the three Canadian nominees shows how elastic the contemporary poetry can be. They range from the novelistic sweep of Brand’s Ossuaries, an epic tale of a fictional activist, to the aphoristic wit of Suzanne Buffam, whose tweet-length koans could fuel a stand-up comedy act, to the observational acuity of John Steffler, who reengineers the poet’s classic interplay of language and landscape. At the previous night’s Griffin poetry readings, at Koerner Hall, a packed event of 1,000 people, all three Canadian poets performed their work with eloquence. Buffam, who is based in Chicago, was the most lightweight of the three, but the most startling, and quotable. It was as if she could be working the club circuit but decided on a whim to take the high road. I especially liked her poem Geological Time—”Enjoy the view while you can,/Mt. Everest.” Or take these lines from Buffam’s On Last Lines: “The last line should strike like a lover’s complaint./ You should never see it coming./ And you should never hear the end of it.” In poetry, as in film, I guess comedy rarely wins awards.  Brand’s book, from what I heard in her reading, has the appropriate ambition and power, combining sensual evocation of desire and memory with erotic and geopolitical urgency.

Among the four international poets, only Schnackenberg read her own work at Koerner Hall. Sadly the legendary Seamus Heaney  was not on hand to read from Human Chain. The other two finalists, François Jacqmin and Adonis, were voiced by their translators, eminent poets in their own right,. Schnackenberg read an intricate “lullabye” addressed to her late husband. Precisely balanced between science and cosmic mystery, it’s an exquisite description of a seashell being formed, but it’s really about what is fragile and oceanic about love and memory. Its narrative power reminds us that poetry’s job is to let us in on the secret of how things happen. And as Schnackenberg took us inside the poem’s spiral shell, the tide of her own emotions seemed capable of capsizing her at any moment.

The panel of Griffin judges are poets too: Tim Lilburn (Canada), Colm Toíbín (Ireland) and Chase Twichell (United States). And when poets write a citation or make a speech, the bar is set high. At last night’s awards dinner, Colm Toíbín offered the night’s most stirring flash of oratory, praising the strength and diversity of the Canadian poets—and explaining the moral necessity of cadence with an Irish, uh, cadence that was a living example of what he was talking about.  It was just a brief, plainspoken speech about poetry, and the vital importance of getting words right, but it had more political heft than anything I’d heard during the federal election campaign. If Harper is going to create an elected Senate, perhaps only poets should be eligible.

Here are the Judges’ citation for Dionne Brand’s Ossuaries:

“What Dionne Brand has done in Ossuaries is amazing. Working with a novel-length narrative about the life of an activist named Yasmine, who lives an underground existence on various continents, she has constructed a long poem, which is not a traditional seamless epic, nor a Poundian extended collage, but something else that seems quite new. The most remarkable part of her achievement is that in fulfilling the novelistic narrative ambition of her work, she has not sacrificed the tight lyrical coil of the poetic line. The story vaults us ahead with its emerging and receding characters, its passions and dramas, which include a violent bank robbery and tense escape, while each line holds us and demands we admire its complex beauties. The sensation of hurtling and, at the same time, being caught is uncanny. Brand’s innovation on Ossuaries calls forth an entirely new sort of reading. The book is a triumph.”

“Throughout her career, Gjertrud Schnackenberg has been widely admired for her elegant, inventive, and musically complex prosody, her emotional decorum, and her timeless frames of reference. Heavenly Questions is a book that has all of these qualities, yet moves far beyond them. Its six long poems tell a story of epic scale, creating a world large enough to contain Classical and Buddhist mythologies, a personal human drama of rare power, and the mathematics of physical existence (among many other things) while making them seem like entirely natural neighbors. This magic comes to us in a great upheaval of brilliant prosodic rule-breaking and reinvention. Describing these poems as blank verse heavily enriched by rhyme does not begin to describe the power of their formal realization. Reading this book is like reading the ocean, its swells and furrows, its secrets fleetingly revealed and then blown away in gusts of foam and spray or folded back into nothing but water. Heavenly Questions demands that we come face to face with matters of mortal importance, and it does so in a wildly original music that is passionate, transporting, and heart-rending.”