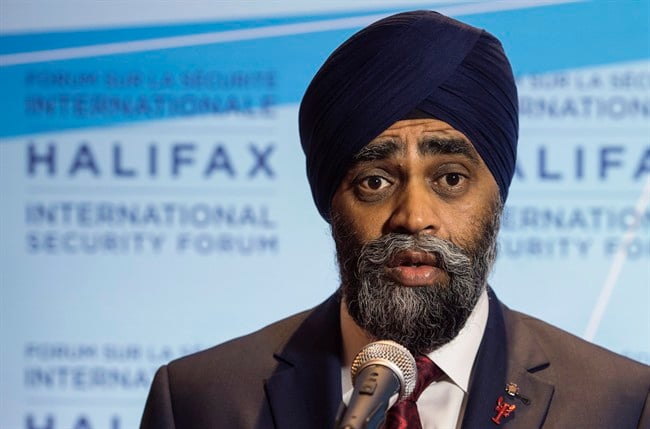 HALIFAX – After three days of discussion, the Halifax International Security Forum ended with a collective shrug as political thinkers from around the globe expressed uncertainty about how the election of Donald Trump in the U.S. might affect the international order.

Canadian politicians made it clear that whatever the president-elect’s foreign policy may entail, the country is prepared to hold its own on the world stage — with or without its neighbour.

“No one nation has all the solutions,” Sajjan said. “It’s important for us to continue to be able to work together, bring our strengths to the table and be able to deal with a threat.”

Sajjan said Canada would hold firm on issues where the country’s principles may conflict with Trump’s expressed policy views, like his push to bring back waterboarding as an interrogation technique or his murky stance on Russia’s actions in Ukraine.

Conservative Leader Rona Ambrose said she met with American senators from both sides of the aisle Sunday to shore up support for trade agreements that may be under threat if Trump follows through on his protectionist campaign promises.

“I don’t think Mr. Trump has Canada’s best interests at heart. I think he has (America’s) best interests at heart, which is what the leader of a country does,” Ambrose said in an interview. “(Trump) got elected on some issues that are not in line with the Conservative Party of Canada, like the trade issue … Canada’s a small population. We have to access markets, otherwise we don’t grow.”

Ambrose said Republican Sen. John McCain and Democratic Sen. Chris Coons expressed broad, bipartisan support for the North American Free Trade Agreement, which Trump has suggested should be renegotiated or done away with altogether. She said the Canadian government must pursue the Trans-Pacific Partnership even if the U.S. backs out of the agreement.

She said that, based on her conversations with the senators, it seems likely the U.S. will pull out of the TPP.

Ambrose said she hasn’t seen the kind of splintering among Conservatives in Canada that has roiled the party’s ideological analogues in America and the U.K. She maintained that some of Trump’s more extreme viewpoints, like his proposal to ban all Muslims from entering the United States, have no place in Canadian politics.

As the gathering came to a close, it seemed the three-day conference, which hosts delegates from more than 70 countries, had yielded more questions than answers. As the world waits to see what a Trump White House may hold, Canadian leaders, like many others, are trying to thread the needle between staying true to their ideals and not upsetting the American giant.

Peter Van Praagh, president of the forum, insisted that the topics discussed at the conference — “Make Democracy Great Again,” “Putin’ the Bloc Back Together,” and “NATO: Necessary” — were chosen before Trump’s election victory less than two weeks ago.