The makers of Sharknado really want it to be a major money-spinner, but can you monetize an internet meme? 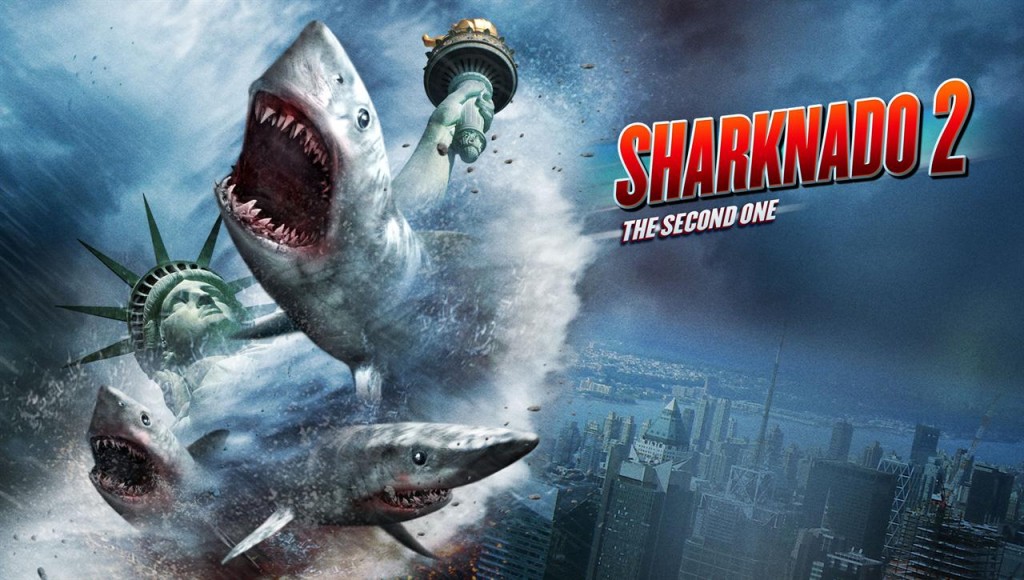 You may have heard of a TV movie called Sharknado 2, airing Wednesday, July 30, on Space (the SyFy channel in the U.S.). You may suspect, through logical deduction, that it’s a sequel to a TV movie called Sharknado. And you might have even heard that this sequel will include an actor playing Toronto Mayor Rob Ford, who offers to help the city of New York with its man-eating land shark problem, only to discover he’s got problems of his own. But what exactly is this “Sharknado” phenomenon? Well, it’s not quite a phenomenon yet; it’s more of an attempt to create one out of what was originally more of an internet meme. Sharknado was just a cheesy TV movie, but Sharknado 2 is something more weirdly ambitious: an attempt to monetize camp, or turn a campy fan following into a major franchise.

The original Sharknado, or “classic Sharknado,” as we will someday call it, was a two-hour TV movie produced for SyFy last July. Starring some people who used to be famous, Tara Reid and Ian Ziering, it had a deliberately cheesy premise that was silly even for SyFy fare: A windstorm causes sharks to fly around the city and eat people on land. (They can breathe because they’re carried along with a lot of water. This is perfectly legitimate TV science.) People run around, sharks eat them, the heroes come up with a plan to beat the sharks. All in a day’s work for SyFy, one of the cable channels still dedicated to the art of the cheap movie-of-the-week.

What wasn’t predictable was that because of the absurd but catchy title and the crazy premise, “Sharknado” would become extremely popular online. Long before the movie aired, Twitter was full of Sharknado jokes, Sharknado hashtags, Sharknado games; TV critics eagerly plugged the coming of Sharknado.

All this extra online publicity didn’t do much for the first airing, which actually got fewer “live” viewers than the usual SyFy fare. But what the publicity did do was create a sustained interest in the film, which these disposable B-movies almost never have: Subsequent encore airings got more viewers than the first one, the movie was a hit overseas, and the whole thing has been a much more profitable venture for the network and the production company than anyone expected to begin with.

So we get Sharknado 2, which, naturally, is the same movie as the first one, except with the sharks eating a different city: New York, instead of Los Angeles. SyFy is already planning another sequel and a game and, as its answer to Discovery Channel’s Shark Week, it declared this week to be “Sharknado Week,” with a slate of shark-themed programming. Ever since 1975, there have been a whole lot of cheap Jaws knock-offs, so they’ll never run short of those. But, obviously, a lot is now riding on Sharknado becoming a major money-spinning franchise.

The trouble is that SyFy is not the first producer to try to actively, consciously, make money off viewers who watch stuff ironically. It usually doesn’t work all that well, because a camp classic isn’t something you can just manufacture. A few years back, we had the movie Snakes on a Plane, which became a camp favourite even before it was finished, just thanks to the title. Capitalizing on the Internet memes, the studio increased its hopes for the movie’s performance, played up the camp value in the promotional material, and even re-shot scenes to add campy lines that the Internet had created. But the film itself under-performed. The studio had made the mistake of thinking that the Internet reaction represented more potential moviegoers than it actually did. Even today, when social media is bigger than ever, an online meme can be known only to a small circle of people. Writer Thunder Levin recently recalled that he introduced himself to Richard Dreyfuss as the writer of Sharknado, and was met with the reply, “What’s Sharknado?” And Dreyfuss is on Twitter. It’s just that, like the majority of people, he doesn’t notice every Twitter meme.

Not that it’s impossible to manufacture camp. One of the most eagerly awaited home video releases of the year is exactly that: the long-delayed official release of the Batman TV series, where the creators decided to make fun of the source material, thereby attracting adults and hipsters (yes, they had hipsters watching TV in the ’60s), as well as kids. But even that, the most successful work of conscious camp in TV history, shows the limits of conscious camp. The show was only a big success in its first season, where the storytelling was usually pretty good and the show worked as a fun kids’ superhero adventure, even if you didn’t get the joke. When the storytelling began to deteriorate and the producers played up the camp value—having random celebrity cameos, or making Batman go up against the Joker in a surfing contest—the ratings tanked. Camp value is a very limited thing; what makes a real sustainable hit is actually having conventional storytelling or production values.

Well, Sharknado doesn’t pretend to have those things; one of the things people like about it is that it doesn’t take its story, or its bargain special effects, too seriously. And SyFy is hardly the only TV outlet that is basing its programming decisions on the reaction of a small but vocal group of people online. Whether it’s Yahoo! bringing back Community, or Nielsen trying to measure Facebook and Twitter “engagement” with shows, the new hot thing is to make and sell shows based on how strongly they resonate with people online, not necessarily on how many people watch them in live airings. What we don’t know yet is whether this kind of engagement translates into genuine multi-year success: if the people who laugh at “Sharknado” on Twitter will want to keep laughing at it for many years to come. If not, SyFy might have to turn its attention to something besides sharks. I hear robots are in lately. Robots that eat people.